India has successfully test-fired its first-ever, fully manufactured by the private sector rockets – Pinaka. The Pinaka rockets were tested at a firing range in Pokhran, Rajasthan on Wednesday.

According to The Economic Times sources, six Pinaka rockets were test-fired as part of the final developmental trials. They achieved the desired results by accurately hitting targets. Manufactured by Economic Explosives Ltd (EEL), it became the first rockets to be fully made by the private sector in India.

This was possible after the company signed a technology transfer agreement with the state-owned Defence Research and Development Organisation (DRDO).

According to DRDO, Pinaka is an all-weather, indirect fire, free flight artillery rocket system with two pods containing 6 rockets each, capable of firing in salvo mode within 48 sec neutralizing the area of 700 x 500 m. 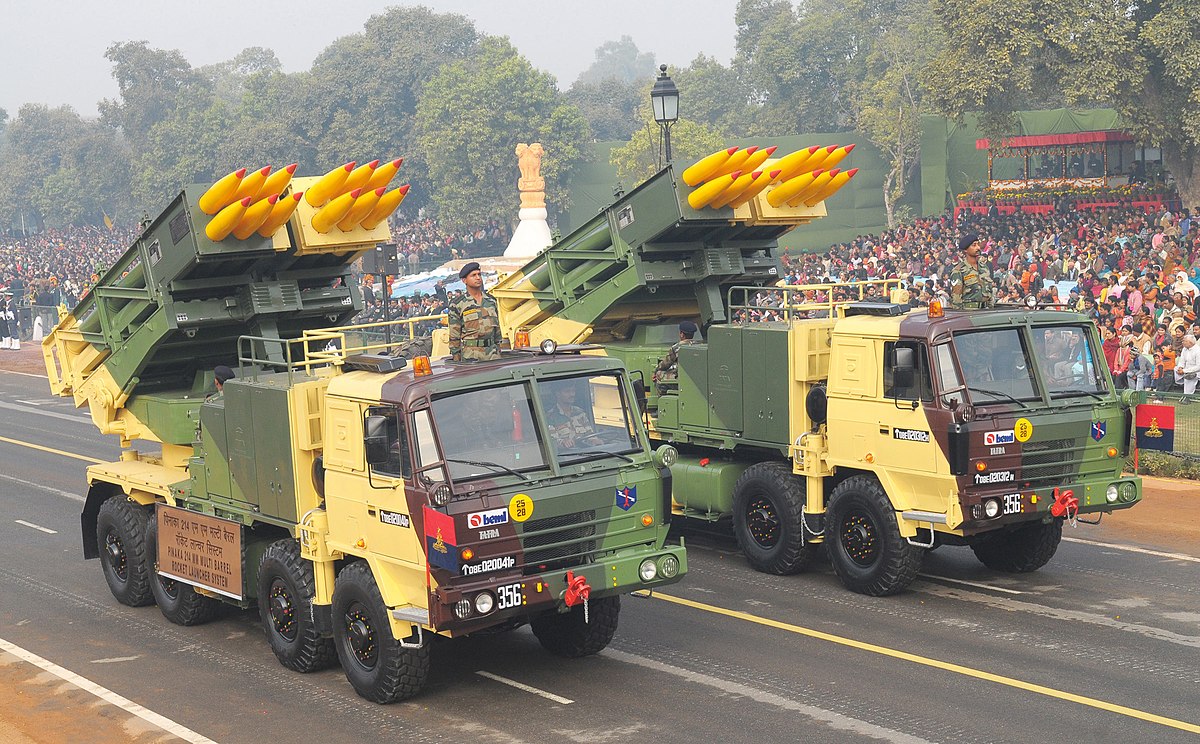 “It provides a unique capability to accurately deliver a devastatingly lethal and responsive fire against a variety of area targets such as exposed enemy troops, armoured and soft skin vehicles, communication centres, air terminal complexes, fuel and ammunition dumps.

Earlier, ammunitions of this class have been imported or have been manufactured by the public sector. The successful testing of the Pinaka symbolises another major achievement of the ‘Make in India’ campaign.

As reported earlier by EurAsian Times, the Indian government made a historical decision, self-imposing an embargo on 101 defence impedimenta to create a safe environment for indigenous companies in an effort to realize the goal of “Aatm-Nirbhar Bharat” (Self Reliant India) in the defence sector. The Pinaka MBRL made it to the embargo list and are already in production.

The army’s requirement for rockets of this class is pegged at over 1,000 units annually. Usually, all the production of defence equipment is through Ordnance Factory Board (OFB). However, in this case, with the technology transfer by DRDO, further orders are evenly split between EEL and OFB.

An order for two additional Pinaka regiments has been under process since 2017, which will be made by L&T and Tata Aerospace and Defence for an estimated Rs 4,500 crores. Experts have estimated that privately manufactured munitions of different variety would cost 20-30% cheaper than the OFB fixed pricing.