Chinese media reports about a new wind tunnel coming up in Beijing that will put China “decades ahead of the rest of the world in hypersonic technology” have been refuted by technology experts as being “outlandish” and “premature.”

The JF-22 wind tunnel, which Chinese physicists claim to have the capability of simulating flights at Mach 30 (23,000 mph), or, 30 times the speed of sound, is reported to start operations soon.

SCMP quoted a Chinese Academy of Sciences researcher Han Guilai as saying in an online lecture that the hypersonic wind tunnel, located in Beijing’s Huairou district, with its capabilities would put China “about 20 to 30 years ahead” of the West.

According to Han, the tunnel would produce power of up to 15 gigawatts – nearly 70 percent of the installed capacity of the world’s largest hydropower station Three Gorges Dam in China’s southwestern Sichuan province.

What sets apart the Chinese hypersonic test facility from its Western rivals is the ‘unique technology’ employed to operate the tunnels, the SCMP claims.

The JF-22, for example, uses chemical explosions to create hypersonic conditions in the tunnel unlike facilities in other countries, which use mechanical compressors to generate high-speed airflow.

The fuel burns 100 million times faster than a conventional gas stove, generating shock waves similar to those encountered by airplanes at hypervelocity in high altitudes.

Han says that each plane or weapon model has to undergo 10,000 tests in the tunnel before being declared operational. 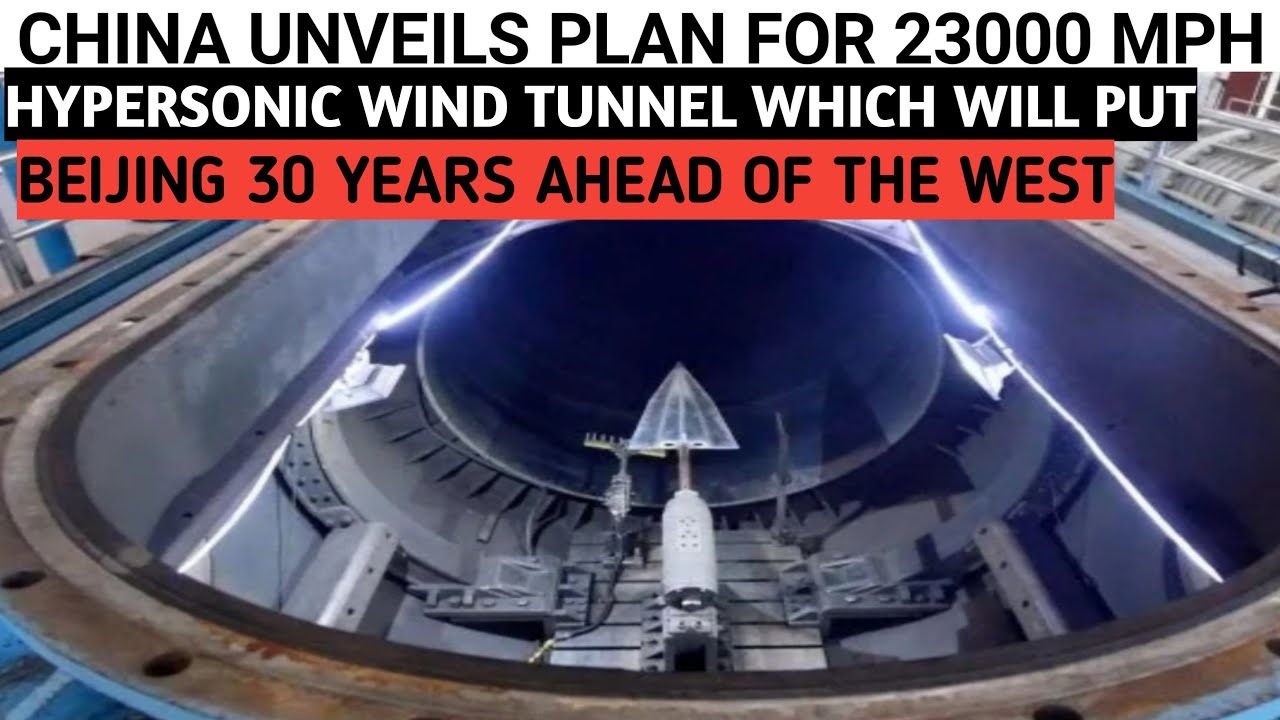 LENS II, considered the most advanced hypersonic wind tunnel in the US, according to Han, has simulated flights up to Mach 7, with the simulation lasting 30 milliseconds.

Whereas the JF-22 has the capability to sustain such runtime for an average of 130 milliseconds, with a much higher top speed, he adds.

However, according to a researcher and professor, Chris Combs, an expert on hypersonics and aeronautical engineering, from San Antonio, the claims about the JF-22 hypersonic tunnel ignores the presence of a wide variety of decades-old facilities around the world.

“In terms of defense vs space, when they talk Mach 30 that’s pretty much exclusively space. Also, I am not sure in terms of physics what is gained for Mach 20 vs Mach 30. But there are plenty of places that can do Mach 5-8ish (I even have a Mach 7 tunnel),” Combs told EurAsian Times.

He says there are lots of different ways to get to Mach 20+, with several facilities present around the world that can do that. “With that said, they can likely run that facility at lower Mach numbers for more defense-centric applications,” he added.

Most hypersonic test tunnels have existed since the Cold War to test space vehicles and missiles in the United States. NASA has built many such test facilities over the decades to study countless rockets and spacecraft that the space agency sent to space.

Combs says the article doesn’t mention how they will handle the fact that a detonation-driven shock tunnel will alter the air chemistry to the point that the aero will no longer be representative of flight.

According to Han, JF-22 will afford a longer experiment time than the existing test facilities currently operating in the world.

Therefore, it can accommodate larger vehicles and the experiments can be more advanced than what existing tunnels can afford. “This determines our leading position in the world,” he claims.

The launch date of JF-22 is yet to be released, however, it will work along with JF-12, an already operational test tunnel with about a fifth of the power output, where the flight conditions at both lower and higher atmospheric altitudes are assessed.

With the race over hypersonic vehicles hotting up, many countries are aggressively pushing for advanced test facilities that allow simulation at faster speeds. The test tunnels are the key to understanding the behavior of the atmosphere and its effect on the hypersonic objects as they whiz through it.

Countries like Russia and China have reportedly reached the operational stage of hypersonic weapons deployment and are currently creating air defense capabilities that can shoot down such weapons.

Russia claims to have achieved that with its recent announcement of the induction of the S-500 air defense system, scheduled to be operationalized shortly.

In September 2020, India achieved a key milestone with hypersonic flight when the DRDO flew its Hypersonic Technology Demonstration Vehicle (HSTDV) at a speed of Mach 6 for more than 22 seconds.

According to DRDO, the new tunnel will be capable of simulating flight between Mach 5 to Mach 12. Before this, India carried out all missile and aircraft pre-flight testing at its Trisonic Wind Tunnel Facility in Bangalore, which could simulate flights up to Mach 4.

DRDO claims the hypersonic tunnel will be invaluable in the configuration design of tactical missiles, designing of multi-stage vehicles, intake aerodynamics, the aerodynamics of submunition warhead, stage separation studies for multi-stage rockets and aero-thermal design for re-entry vehicles, according to a blog by defense expert Ajai Shukla.

The boom in hypersonic technology will not only be instrumental in the defense sector but is expected to transform civilian transportation and space access.

The planes flying with hypersonic speeds will make travel possible to anywhere on earth in just two hours. The cost of space launches is also set to reduce drastically with the emergence of such technology.