India attempted to test its 10th missile on Monday in just 35 days. The 800-km range Nirbhay cruise missile test, however, did not go as planned. The launch had to be aborted after the missile was about eight minutes already in the air.

The Defence Research and Development Organisation (DRDO) has been accelerating the development and deployment of strategic weapons on a scale never seen before.

It started with the test launch of the Hypersonic Technology Demonstrator Vehicle (HSTDV), which is expected to boost India’s hypersonic and long-range cruise missiles’ development capability.

The indigenously-developed vehicle will help the country in developing futuristic space assets, including long-range missiles. The technology, the government claimed, is currently possessed by only a few countries like the US, Russia and China.

This was followed by the test of indigenously developed Anti-Tank Guided Missile (ATGM) on 22 September. The successful test of the laser-guided missile, which has a range of nearly 4 kilometres, is a step towards enhancing India’s armoured warfare capabilities. 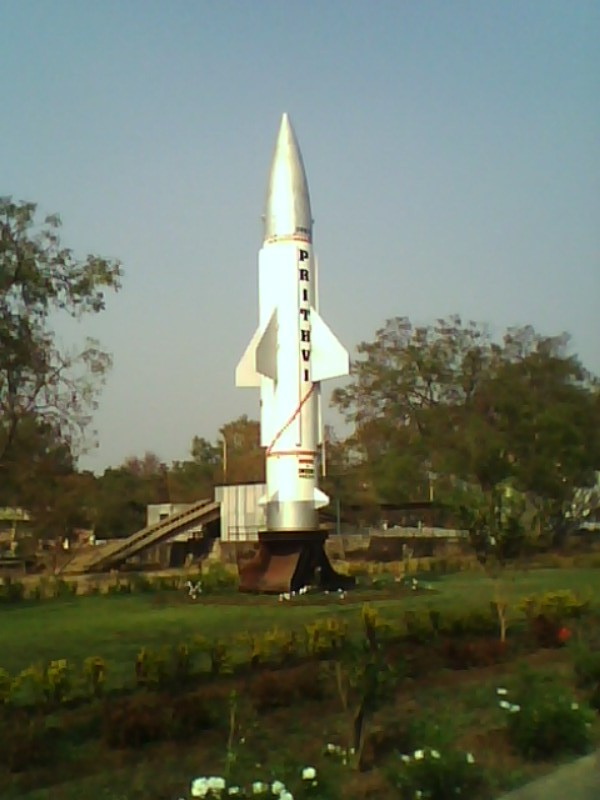 The following day, India tested a surface-to-surface missile Prithvi-II ballistic missile, with a range of around 350 kilometres. The nuclear-capable missile is powered by liquid propulsion engines and uses an advanced inertial guidance system with manoeuvring trajectory to hit its target.

The missile testing spree continued with the launch of an extended range version of the BrahMos cruise missile from a land platform. Interestingly, the original 290-range BrahMos has already been deployed in the regions of Ladakh and Arunachal Pradesh, areas where the country is engaged in a tense stand-off with China.

Erdogan Claims Jerusalem; Has Turkey Replaced Iran As The Biggest Threat To Israel & The Arab World?

On 2 October, DRDO test-fired the indigenously-developed nuclear-capable missile, Shaurya, capable of achieving speeds of up to Mach 7.5. Other technology demonstrations included the trials of Supersonic Missile Assisted Release of Torpedo (SMART) weapon, which can be launched from a ship to hit stealth submarines.

According to the government sources, the missile has the ability to destroy a wide variety of enemy radars, air defence systems and communication networks from large stand-off ranges.

So, what’s behind India’s aggressive fast-tracking of the development of strategic nuclear and conventional missiles? With China’s increasing deployment of military infrastructure along the borders with India, experts say that it was only a matter of time.

India’s eastern neighbour has been inexplicably stubborn and hawkish with its actions since April/May this year. The PLA has been challenging India on a number of fronts, ranging from the far east in Arunachal, Sikkim and to the Ladakh borders in the north, stocking weapons and troops and stimulating serious concerns in the Indian establishment.

The US secretary of state Mike Pompeo recently claimed that China has about 60,000 soldiers stationed at the border with India. Pompeo had recently been to Japan to meet the ministers of the Quad countries, which include India, the US, Japan and Australia.

The Quad is seen as a formidable front against the threats posed by the communist party-led China, a country now driven by expansionist agendas across the whole of its neighbourhood.

China went to the extent of laying a network of fibre optic cables, intended to provide the forward troops with secure lines of communication. From tanks, artillery, missile defence systems to missiles, the Chinese are clearly indicating long-haul ambitions in the Himalayan region.

So it’s not surprising that India is bolstering its military infrastructure along the border to meet its opponent’s strength.

The Indian defence minister Rajnath Singh on 12 October claimed that Pakistan and China were creating border disputes with India ‘as part of a mission.’

Singh inaugurated more than 44 brides along the border regions with China to help with the quick troop and weapons deployment in the event of a war. The bridges are located in the border areas of Ladakh, Arunachal Pradesh, Sikkim, Himachal Pradesh, Uttarakhand, Punjab and Jammu and Kashmir.

The Border Roads Organisation (BRO) has been working tirelessly even during the coronavirus-triggered lockdown period to help enhance road connectivity to the border areas.

The defence minister also commended the role of the organisation saying, “I am happy to know that over 2,200 kilometres of roads have been cut by the BRO during the last two years, using the latest technologies, and state-of-the-art equipment.

Also, surfacing was carried out on about 4200 km of roads. India is accelerating work on other key projects which includes a strategic road linking Darcha in Himachal Pradesh with Ladakh that will criss-cross a number of high-altitude snow-bound passes.

The recent Atal tunnel inaugurated by Prime Minister Modi will be an indispensable asset in ferrying supplies from the mainland to the border areas in Ladakh.

The main challenge, however, for the Indian troops stationed at the dizzying heights in the mountainous Ladakh will be the onset of winter. At the heights of over 13,000 feet, temperatures can go as low as minus 40 degrees, and PLA seems to have already prepared the infrastructure to overcome the cold conditions.

According to a report in UK’s Jane’s Defence Weekly (JDW), China has provided PLA with prefabricated thermal shelters, developed by the Army Engineering University, which comprise of dormitories, washrooms, toilets, warehouses, micro-grids and heating equipment.

The PLA will, therefore, be capable of surviving in temperatures of up to minus 55 degrees, by maintaining an indoor balminess of 15 degrees Celsius, JDW claimed.