Five Pakistan Army soldiers were killed in an explosion along the Line of Control (LoC) in Pakistan controlled Kashmir’s Chamb sector on Wednesday, military officials said. The nature of the explosion, which took place in Barnala area earlier today, is being ascertained, the Inter-Services Public Relations (ISPR) said in a statement. 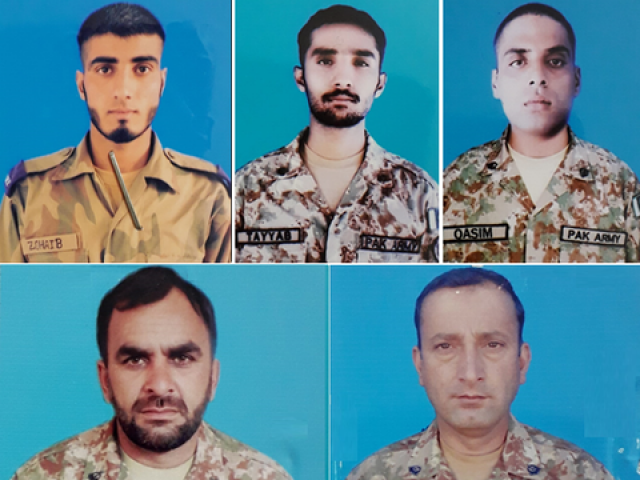 “The incident is evidence of state-sponsored terrorism by India violating bilateral ceasefire agreement and the international rules,” it added. This was an indirect reference towards India and Pakistan media has been open to put the blame on India.

The martyred are identified as follows:

1. Subedar Muhammad Sadiq, a 44-year-old resident of village Bandi located in Authmaqam tehsil of Neelam district. After serving for 23 years in armed forces, he is survived by three sons and two daughters.

2. Sepoy Muhammamd Tayyab, a 26-year-old married man hailing from village Surakhi in Khushab. He had been serving his country for the last five years.

3. Naik Sher Zaman, a 36-year-old father of two sons and as many daughters who spent 13 years in the armed forces. He was a resident of village Shamashaki in Karak district.

5. Sepoy Ghulam Qasim , a 22-year-old resident of village Sahiwal in Sargodha district who had joined the armed forces last year.