According to witnesses, people had climbed a boundary wall to watch Independence Day aka Kashmir Solidarity Day celebrations when it collapsed due to the weight of the people.

Meanwhile, the 73rd Independence Day is being celebrated in Pakistan to express full support to Kashmiri brethren who are locked down (as per Pakistan) in Jammu and Kashmir fearing agitation after the revocation of Article 370 by Modi Government. 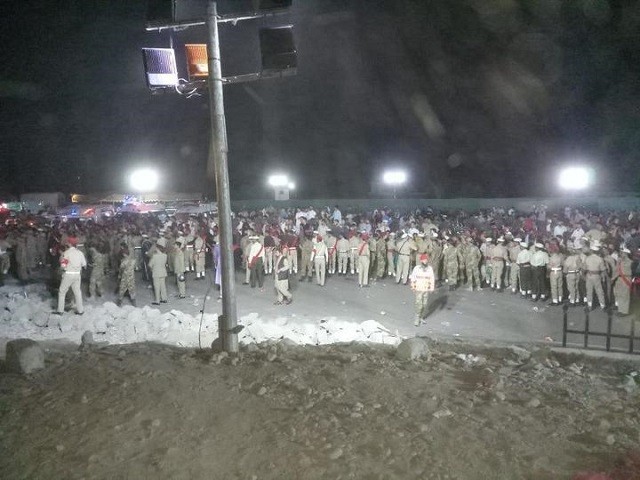 To mark the occasion, Prime Minister Imran Khan will address the Azad Jammu and Kashmir Legislative Assembly on August 14, while rallies will be taken out in all small and major cities of the country and seminars would be organised to highlight the plight of oppressed people in the occupied Kashmir.

The government has decided to celebrate this year’s Independence Day to express solidarity with people of Jammu and Kashmir and the entire nation in unified voice has reiterated moral, political and diplomatic support to Kashmiri brethren.