The meeting between US President and Pakistan PM Imran Khan is being perceived as a game-changer by Islamabad. Besides all the issues, swapping of Dr Aafia Siddiqui (convicted in a US court of seven counts of attempted murder of US soldiers in Afghanistan) with Dr Shakil Afridi (the person who led the US to Osama Bin Laden) is high on the agenda, as per reports. 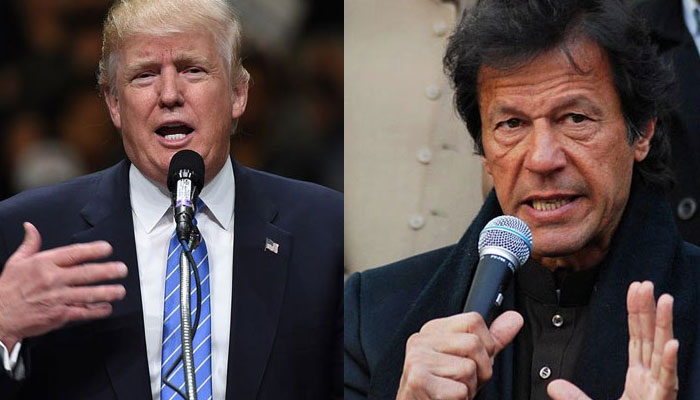 Aafia Siddiqui, as per experts in Pakistan, is a victim of a gross failure of justice who is serving an 86-year sentence in a Texas federal prison since 2010. A thick mystery sounds her case, from every jihadi group to the Pakistani government to the common man calling for her release.

Who is Aafia Siddiqui

Aafia Siddiqui who is known in counterterrorism circles as ‘Lady Al-Qaeda’ is a Pakistan-born neuroscientist who has been labelled an ‘Islamic extremist’. The MIT-educated, mother-of-three, also known as the Daughter of the Nation has Muslims all over the world demanding her repatriation.

Siddiqui is a ‘victim’ of ‘America’s war on terror’. Media reports highlight that she mysteriously disappeared for five years. She had been kidnapped from a street near her home in Karachi. In this period, she was dubbed as ‘Mata Hari of Al Qaeda’ or the ‘Grey Lady of Bagram’.

The FBI gave a narrative that she had gone on a jihad to Afghanistan; which was later countered by Elaine Whitfield Sharp, a lawyer hired by the Siddiqui family. On trial, Siddiqui told the jury that she was held in secret prisons, cut off from the outside world since 2003.

Aafia said brutal interrogation techniques were used to break her down. But she was silenced by the judge who said he was only interested in the cell shooting incident. The judge was referring to the claim by US soldiers serving in Afghanistan that Dr Siddiqui jumped on them from behind a prison cell curtain, snatched one of their guns and tried to kill them. But the evidence was non-existent.

According to reports, no gunshot residue on her hands or clothes, no bullets from the discharged gun; and as a matter of fact, her fingerprints were not found on the gun. Vital evidence was allegedly removed from the scene by the US military. The world is very much aware of the human rights abuse by the US army in Afghanistan and Iraq. And it’s not to be forgotten that in the case of Aafia Siddiqui, the United Stated flouted the Vienna and Geneva Conventions; she was denied a consular until she made her first court appearance in New York.

British journalist Yvonne Ridley has been closely following Dr Siddiqui’s case and has even visited the site from where she was arrested and interviewed Afghani and US soldiers. Ridley said the mental state of mind of the US soldiers who had been Afghanistan should be questioned.

The young soldiers had been briefed by the FBI that they were going to arrest one of the most dangerous women in the world. And upon seeing Dr Siddiqui emerge unshackled and unhooded from behind the curtain cause blind panic. “Terrified that yet another secret prison was waiting for her, she revealed how she peeked through the curtain divider into the part of the room where Afghans and Americans were talking, and how when a startled American soldier noticed her, he jumped up and yelled that the prisoner was loose and shot her in the stomach.

She described how she was shot in the side by the second person. She also described how after falling back into the bed in the room, she was violently thrown to the floor and lost consciousness.” This has been notedly and seriously overlooked by the US court.

In July this year, a confidential report prepared by Pakistan’s consul general in Houston, USA claimed that Aafia Siddiqui was subjected to physical and sexual abuse during her ongoing detention. The report proposed the authorities for her repatriation, and for her remaining sentence to be served in Pakistan, where her modesty and privacy would not be compromised.

Siddiqui had written a letter to Pakistan Prime Minister Imran Khan stating that her imprisonment was illegal in the US as she had been kidnapped and taken to the US. Now that Imran Khan is directly meeting US President Donald Trump, the release of Aafia Siddiqui is quite possible. The most likely scenario appears to be swapping of Aafia for Dr Shakil Afridi – The man who tipped the US about the presence of Osama Bin Laden in Pakistan and now rotting in prison.

Previous article
Meet The Under Cover Agent Who Arrested Kulbhushan Jadhav From Balochistan
Next article
PM Modi, Malala Yousafzai Emerge As Most Admired South Asians In The World