Afghan President Ashraf Ghani and Pakistan PM Imran Khan agreed to bury the hatchet and open a “new chapter of friendship and cooperation” between Pakistan and Afghanistan.

Ashraf Ghani is leading a high-powered delegation to Pakistan in a first visit in almost four years as part of the latest push by the two alienated neighbours to repair their uneasy relationship.

Relations between Pakistan and Afghanistan have remained tense because of trust deficit between the two neighbours.  Kabul for long has kept accusing Islamabad of supporting the Afghan Taliban and creating havoc in the country. On the contrary, Pakistan has its own list of reservations that include the Afghan government’s lack of action against groups involved in cross-border attacks. 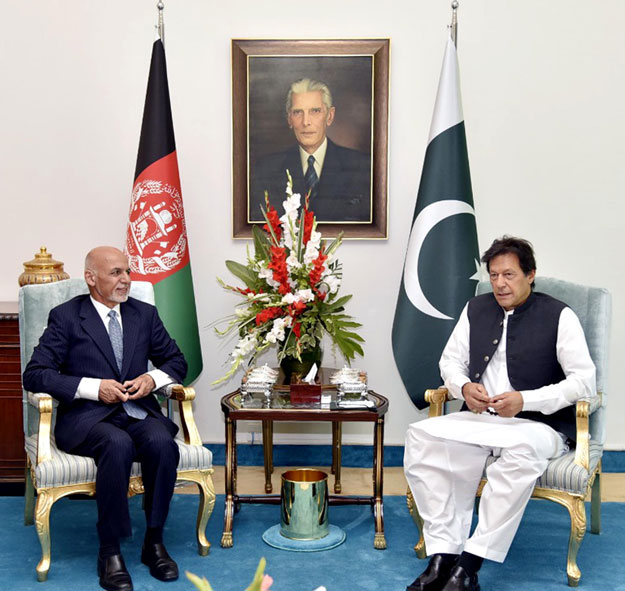 The handout said the two leaders agreed to “open a new chapter of friendship and cooperation between Pakistan and Afghanistan, based on mutual trust and harmony for the benefit of the two peoples and countries and for advancing the cause of peace, stability and prosperity in the region.”

Officials familiar with the closed meeting said the Afghan president sought PM Imran’s help for arranging direct talks between his administration and the Taliban. The US is currently holding talks with the Taliban but the Afghan government has yet to be included in the negotiation process because of objections from the insurgents.