Afghanistan has outrightly rejected Pakistan’s request to hand over Aslam Farooqi, the ISIS-K chief who was recently arrested by the Afghan security forces in connection with a recent bombing at a Sikh Gurdwara in Kabul.

Afghan Forces Detain 19 Terrorists Behind Sikh Gurdwara Attacks; Is There A Pakistani Connection?

Pakistan had earlier asked the custody of Farooqi for further investigation. Turning down the request, the Afghan foreign ministry said as Farooqi was involved in the killing of hundreds of Afghans, he should be tried under the law of the country. 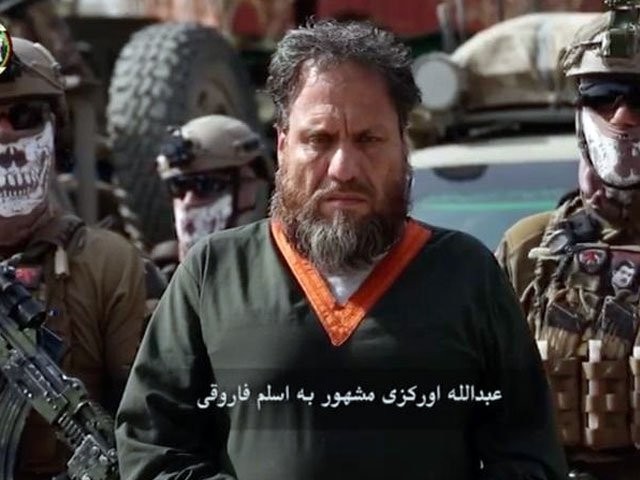 Afghanistan and Pakistan have no extradition treaty and Kabul was under no obligation to hand over the IS-Khorasan chief. However, the Afghan foreign ministry added that Islamabad and Kabul could work together to curtail terrorism in the region.

India Vows To Assist Nepal, Bhutan, B’Desh With Covid-19 Drug; What About Pakistan?

Earlier, as the EurAsian Times reported the Afghan security forces carried out a massive security operation and announced that they have captured the leader of the Islamic State of the Khorasan Province (ISKP) along with 19 other fighters.

The Afghan Vice President and former intelligence chief Amrullah Saleh has hailed the arrest of Aslam Faroqi, the ISIS leader behind the recent Sikh gurudwara attack in Kabul, and called it a massive victory.

“I congratulate @NDSAfghanistan & my brother Director Zia Seraj for capturing ISIS-K leader Aslam Faroqi. He is a Pakistani national … I am sure he is already singing & will sing more to the dismay of his patrons in & out … Make him talk,” Saleh posted on Twitter.

Pakistan’s Tactical Nuclear Weapons A Bigger Threat To Pakistan Itself Than India: OpEd

Two high-ranking commanders were among those apprehended by the security forces besides the leader of the Islamic State of the Khorasan Province (ISKP), Abdullah Orokzai, also known as Aslam Farooqi, a statement by the Afghan intelligence agency National Directorate of Security (NDS) said on Saturday.

The arrest comes after the ISKP claimed responsibility for the attack on a Sikh Gurdwara in Kabul where 27 people were killed. As per experts, the foremost target of ISKP was the Indian Embassy in Kabul as terror groups wanted to derail India-Afghan ties and eliminate any Indian presence in the country.