For some time now, Turkey has been making attempts to grow its influence among the Muslims in South Asia in order to challenge Saudi Arabia’s dominance in the Islamic world. As part of this move, Turkish President Tayyip Erdogan has consistently backed Pakistan over the Kashmir issue.

Of late, Turkey has been criticizing India and has been vocal in its support for Pakistan on the Kashmir issue on international platforms. And if reports are to be believed, Ankara may even go a step further to help Islamabad.

According to Firat News Agency, a Kurdish news agency and another report by Greek Media – “the commander of the SNA (Syrian National Army) militia Sulayman Shah Brigades, Muhammed Abu Amsha, announced five days ago to members of his militia in the occupied city of Şiyê near Afrin that the Turkish state wanted to relocate some units to Kashmir”. 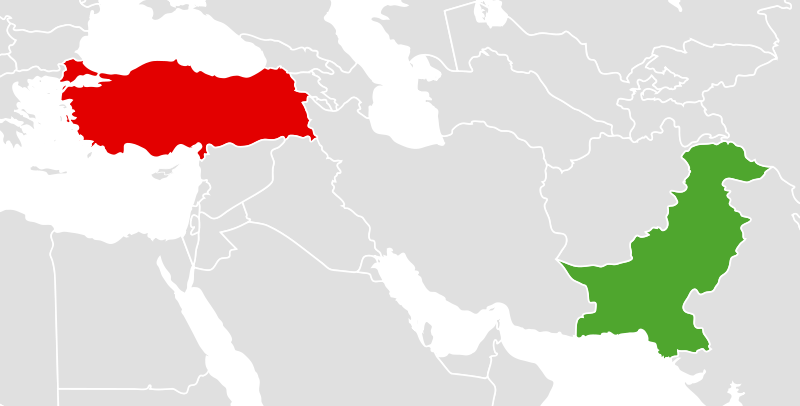 Amsha reportedly explained that Turkish officers had asked him and other SNA commanders to list names of volunteers, and those who would agree to go would get $2,000 initially.

The news agency also claimed there was a similar recruitment activity for a Kashmiri operation in Azaz, Jarablus, Bab, and Idlib. The volunteers would then be secretly taken out of the country.

The report further said that “the jihadist troops of the so-called Syrian National Army (SNA) gathered and trained by Turkey in northern Syria are increasingly becoming Turkey’s international mercenary army”. Erdogan’s interference in Nagorno-Karabakh was about pan-Turkist goals, his plans in Kashmir are for pan-Islamism.

Relations between Pakistan and Turkey have been growing closer in recent years. In 2017, they had formed a trilateral bloc with Azerbaijan. No wonder then that Ankara and Islamabad had thrown their weight behind Azerbaijan during the Nagorno-Karabakh conflict.

Last year, Turkey had joined Malaysia and Iran to hold Kuala Lumpur Summit to challenge the Saudi-dominated Organization of Islamic Cooperation (OIC). Pakistan had to back out after Saudi Arabia reportedly threatened it with sanctions.

James M. Dorsey, a senior fellow at the S. Rajaratnam School of International Studies at Singapore, told Nikkei Asia that Islamabad’s alignment with Turkey is linked to the growing popularity of Turkey in Pakistan.

“Turkey is more vocal on Kashmir, as opposed to Gulf states, and it’s natural that Pakistan will align itself with Turkey rather than UAE or Saudi Arabia,” he told the news website.

Recently, Turkey and Pakistan were leading the discourse on condemning France over the Prophet Mohammad’s caricatures by calling for a boycott of French products. In 2019, Pakistan, Turkey, and Malaysia had announced that they will be launching a BBC-type English television channel to highlight the issues of Muslims and fight Islamophobia in the West.

The bilateral ties between India and Pakistan have hit the rock bottom in 2019 when New Delhi stripped Jammu and Kashmir of its temporary special status. Both countries lay claim to the whole Jammu and Kashmir region, but control parts of it.

The war-like escalations with cross-border firing have only increased in the past year. The tensions have only mounted over a period of time. China, which is engaged in a border stand-off with India for the past seven months, has its own interest in the region due to the Chine-Pakistan Economic Corridor. Beijing also supports Islamabad and has raised the Kashmir issue at the UN security council several times since 2019.