While the controversies about the recent Bollywood film revolving around Indian Air Force (IAF) pilot ‘Gunjan Saxena’ are still afresh, another movie on IAF is all set to go on floors by December – and the movie’s name says it all.

Bollywood actress Kangana Ranaut’s upcoming film, named ‘Tejas’, is all set to take off in December, the movie’s producers announced today morning. The film, as per reports, revolves around the Indian Air Force’s personnel highlighting their commitment and dedication and would feature India’s indigenously developed state-of-the-art LCA Tejas fighter plane. 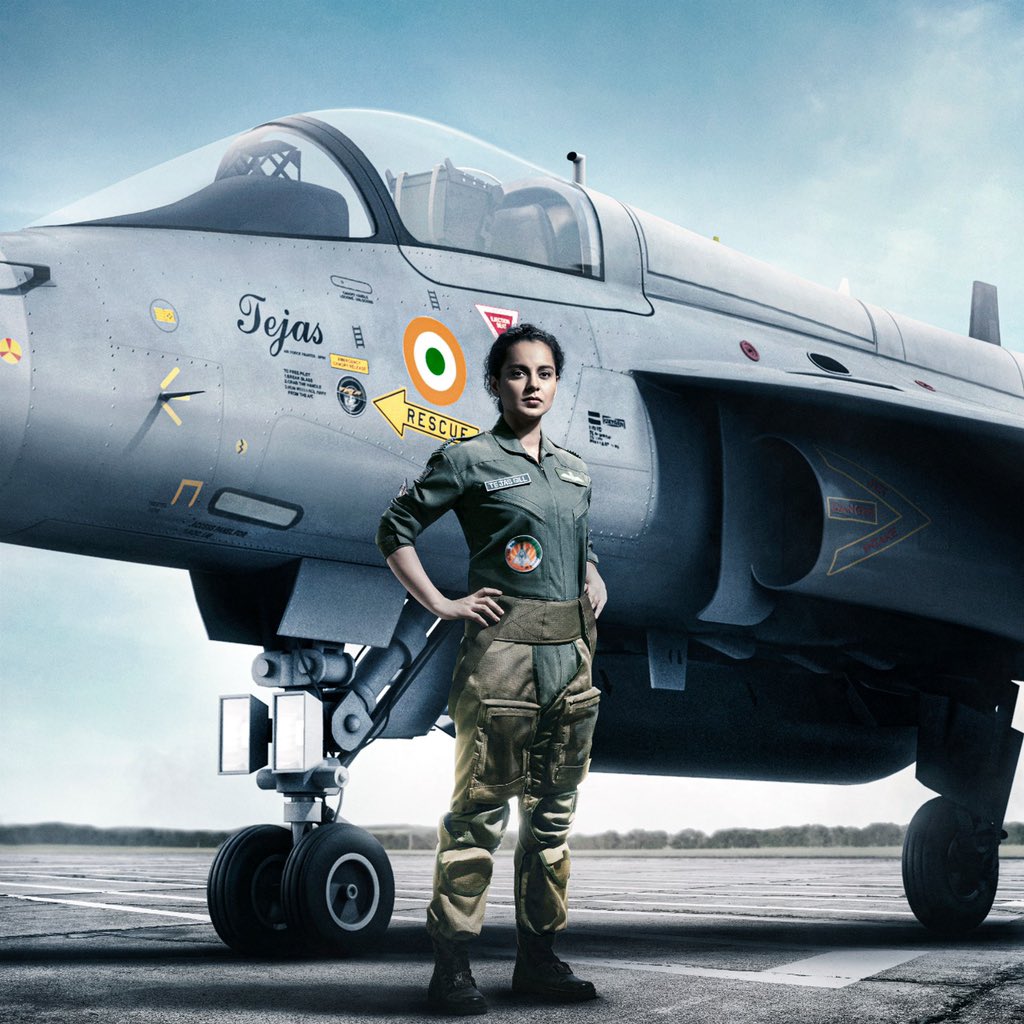 Kangana would be playing the role of a fighter pilot in the movie, said sources. It is being directed by Sarvesh Mewara and is being produced by the makers of Vicky Kaushal-starrer Uri: The Surgical Strike film, which gained massive popularity in India and abroad.

Sharing the announcement, the actress tweeted “#Tejas to take-off this December! Proud to be part of this exhilarating story that is an ode to our brave airforce pilots! Jai Hind Flag of India #FridaysWithRSVP.”

#Tejas to take-off this December! ✈️ Proud to be part of this exhilarating story that is an ode to our brave airforce pilots! Jai Hind 🇮🇳 #FridaysWithRSVP@sarveshmewara1 @RonnieScrewvala @rsvpmovies @nonabains pic.twitter.com/2XC2FgnQKb

“Tejas is an exhilarating story where I have the privilege of playing an air force pilot. I am honored to be a part of a film that celebrates these brave men & women in uniform who make immense sacrifices in the line of duty everyday. Our film celebrates the armed forces and its heroes … Excited to take this journey with Sarvesh and Ronnie,” she said in a statement.

Kangana shared the first look poster of her movie back in February, announcing that she will be playing the role of an IAF fighter pilot. However, the film’s shooting was halted due to the ongoing pandemic, told Ronnie Screwvala.

“We were in the midst of prep when the world was hit by this unfortunate pandemic. I’m pleased to announce that we are resuming work and will commence shoot later this year. Uri: The Surgical Strike, celebrated the courage of the Indian Army and Tejas is our dedication to the brave fighter pilots of the Indian Air Force. The idea of developing a story around a woman fighter pilot was born in-house by Salona Bains Joshi, the Associate Producer on the project, and I backed it instantly. With Kangana as the lead, I hope our film inspires many more women to join the Indian Air Force,” he said.

According to the film’s director Sarvesh Mewara, his film resonates nationalism and pride India bestows upon its hardworking men and women in uniform. “My film is a reflection of the current sentiment in our country. We celebrate our armed forces and I hope to further evoke a spirit of patriotism and nationalism through my storytelling.

Kangana is a strong woman with a voice that resonates with the youth of this nation and I cannot wait to begin shooting with Kangana”, he stated.

Tejas is a story of a daring and fierce combat pilot, played by Kangana Ranaut. The movie reportedly takes inspiration from the Indian Air Force’s decision to induct women into combat roles in 2016, a decision said to be a ‘landmark’ in the service’s history.