In its endeavours of achieving the “world-class military” status, China’s military and its defence industry may have taken a significant step in the right direction with the development of its first sixth-generation fighter jet, which experts claim to be a superior version of the US F-35s.

According to a technical paper published by Yang Wei, the chief designer of the Chinese J-20 stealth fighter, the next-generation fighter jet is being planned to trump all of the features that are currently possessed by a fifth-generation fighter.

As stated in his paper, published in Global Times, a daily newspaper under the auspices of the Chinese Communist Party (CCP), Yang said –

“A revolutionary, cognition-subverting next-generation fighter jet, characterized by long-range, high capabilities in penetration, awareness, firepower and fast decision-making, is about to come into being amid great power competition.” 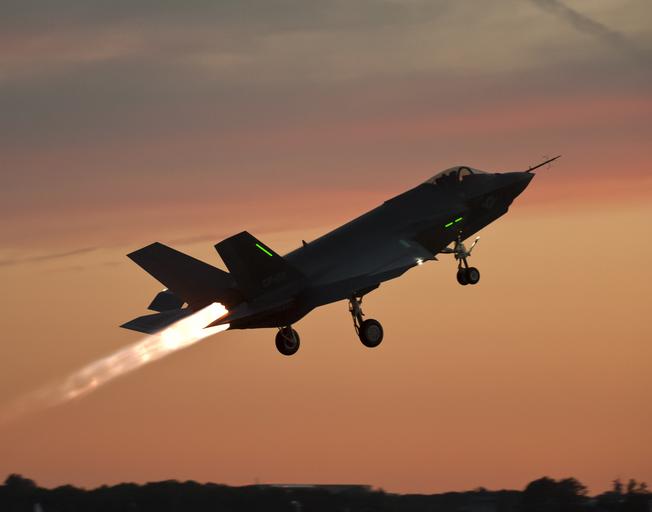 The stealth technology employed by the US F-35s makes it one of the most sought-after fighter jets in the world. The fighters use advanced stealth with fighter speed and agility, fully fused sensor information, network-enabled operations, and advanced sustainment. However, due to the unforeseen nature of advanced warfare, they may still fall short of battling out to be the best aircraft.

Yang, who is also an aircraft designer at Aviation Industry Corporation of China, wrote that research is underway in regard to ‘changes in the types of warfare’, ‘amid great power competition’.

While different nations across the world are involved in the development of sixth-generation fighter jets and basic configurations of which can differ due to the technological resources and experience at their hands, some features could yet remain similar for all.

Experts believe that one of the most salient features of a six-gen jet would be its ability to see out missions with or without human assistance, with unmanned operability becoming an absolute prerequisite for any next-generation fighter, which could be further boosted if artificial intelligence (A.I) surpasses all hurdles in its way.

Moreover, with information becoming a crucial factor in modern combat, there is a need for a modern fighter to garner more information using AESA (Active Electronically Scanned Array) radars and data chains while limiting the enemy’s processing of information with the help of stealth technology and electronic countermeasures. However, this can only be possible if a modern pilot has the ability to analyse and operate accordingly.

And according to Yang, the emergence of A.I will be aiding the pilots in processing the information and will enable them to become objective-oriented.

According to experts, a sixth-generation fighter will aim to surpass the functionalities of the already existing-fleets of fifth-generation aircraft across the globe and could be equipped with laser weapons, deriving their energy from the plane’s engines or energy storage system onboard.

“The future fighter jet will generally require a longer combat range, longer endurance, stronger stealth capability, a larger load of air-to-air and air-to-surface weapons, and the functionality to provide its pilot with easy-to-understand battlefield situation images and predictions. In an integrated system, the aircraft should be able to form a network, draw real-time integrated situational images, create multiple attack routes, and transmit target information across mission areas in real-time.”

Other features of a sixth-generation aircraft would include the presence of radio-photonic radars, their ability to travel at hypersonic speeds and fly into the near-Earth space. They could also be equipped with subsonic drones, providing a pilot with the freedom to send the unmanned vehicles into dangerous areas, where a manned-aircraft wouldn’t ideally be able to travel.

Currently, work is underway on the United Kingdom’s Tempest and United States’ F-X fighters, both sixth-generation fighter jets. However, none of the nations have revealed concrete information on their respective planes.

According to reports, China which currently holds its first operation fourth-generation stealth fighter, J-20 on a high pedestal, is looking to develop the next-generation fighter jet by 2035 or earlier.