Pakistan’s airspace has been re-opened to civil aviation with immediate effect, its aviation authority said on Tuesday following months of constraints imposed after the Indian intrusion and bombing of what New Delhi termed as ‘terror infrastructure’ in Pakistan.

“With immediate effect, Pakistan airspace is open for all type of civil traffic on published ATS (Air Traffic Service) routes,” according to a so-called Notice to Airmen (NOTAMS) published on the authority’s website.

The move is expected to give relief to Air India, which had to re-route its international flights due to the closure of Pakistani airspace. Pakistan had fully closed its airspace on February 26 after the Indian Air Force (IAF) struck a training camp in Balakot in retaliation to the Pulwama attack on February 14.

Earlier, negotiations between India and Pakistani authorities were a big success when Islamabad agreed to allow visa-free, year-long travel to the Kartarpur Sahib for Indian pilgrims. The initiative which will intensify people-to-people and mutual trust between two nations could be the first major step to normalize ties. 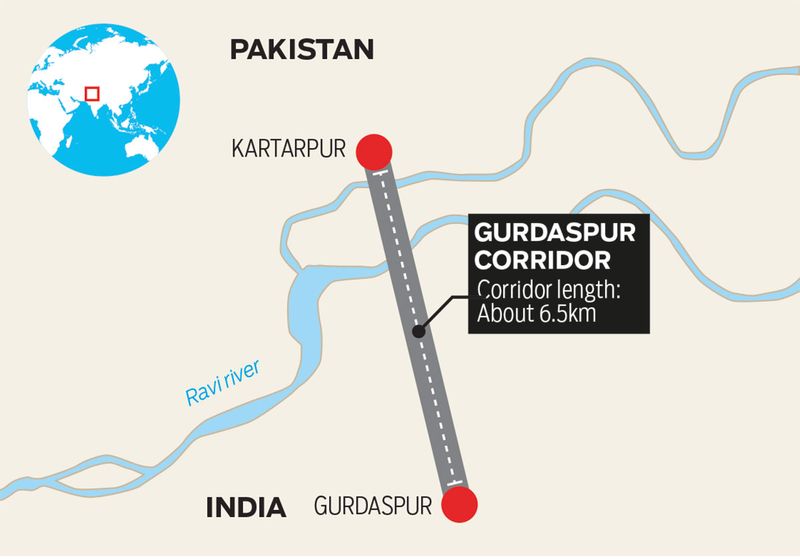 “The meeting was very positive and both sides have agreed on over 80 per cent details of proposed [Kartarpur Corridor] agreement,” Pakistan Foreign Office spokesperson Dr Mohammad Faisal told reporters after the meeting. The remaining unresolved issues would be addressed in an upcoming summit, he said.

Throughout the year, 5,000 Sikh pilgrims will be allowed to visit the Kartarpur Sahib Gurudwara every day – whether as individuals or in groups, the Indian Home Ministry’s Joint Secretary SCL Das told reporters. Pakistan also agreed to maintain a channel of communication to finalise the agreement on the modalities of the cross-border corridor, he said.

Apart from the agreement on visa-free travel for Indian pilgrims, Pakistani officials also agreed to extend the benefit to Overseas Citizenship of India (OCI) card holders. India raised the demand to allow 10,000 additional pilgrims to visit the gurdwara on special occasions, and also sought consular presence at the shrine to be able to provide assistance to the pilgrims if required.

Previous articlePakistan Imported Medicines Worth 136 Crores From India in 2019
Next articlePakistan Keeps India Out Of Afghanistan Dialogue; But Can Islamabad Sustain It?

Are the officers of India’s armed forces prepared to forgo the “legacy systems” that PM Narendra Modi wants? Not really, if credible reports on...
Read more

The Indian Air Force (IAF) will be taking part in a multi-nation air combat exercise, Desert Flag, in the United Arab Emirates (UAE) in...
Read more

The US has pitched two of its advanced combat aircraft — F-15EX and F-21 to the Indian Air Force. But which of the two...
Read more
Load more