A few weeks after Qatar submitted a formal request to the US to procure F-35 stealth fighter jets and received expected opposition by the regional powerhouse – Israel, it appears that the Jewish country could remove its objections to sell advanced warplanes to Qatar.

“I have no doubt that if they [Qatar] want it and are willing to pay, sooner or later they will get it,” Energy Minister Yuval Steinitz, a member of Prime Minister Benjamin Netanyahu’s security cabinet, told Ynet TV on Sunday.

Israel’s “no-objection” to the sale of F-35 fighter jets came a day after Prime Minister Benjamin Netanyahu confirmed that Israel doesn’t have a problem with the United States selling F-35 fighter jets to the UAE after the recent agreement among the Middle-East countries.

While the US has been vocal about military sales to the UAE, officials have been tight-lipped about selling the fighter jets to Qatar. Washington often consults Israel on such sales to preserve Israeli military superiority in the region.

However, arguing that the US administration “ultimately looks out for American interests,” especially in the face of rival stealth jets on offer from Russia and China, Steinitz said: “This is a supposition that we must take into account.”

A spokesman for Steinitz emphasized in a statement that Israel’s position wouldn’t change. He said that if such a sale happens, Israel would demand “appropriate compensation”, while making a reference to the US defence assistance.

Recently, Israeli Prime Minister Benjamin Netanyahu had given consent to the US for selling F-35 fighter jets to the UAE. The development came after almost a month of the signing of a diplomatic pact – Abraham Accord – between Israel, UAE, and Bahrain.

The peace deal will allow the UAE and Bahrain to establish exchange ambassadors, cooperate and work together with Israel across a range of sectors, including tourism, trade, healthcare and security.

“Only after signing the agreement, the Americans told us that the UAE, which always asks for F-35s, is asking permission from us to consider this thing practically,” Netanyahu had said after professional delegation to Washington was assured during the talks that the US would continue to guarantee Israel’s military edge in the region.

However, US Ambassador to Israel David Friedman, in an interview to the Jerusalem Post in September had said that ensuring Israel’s military advantage in the region was a “matter of law, not a matter of policy”. 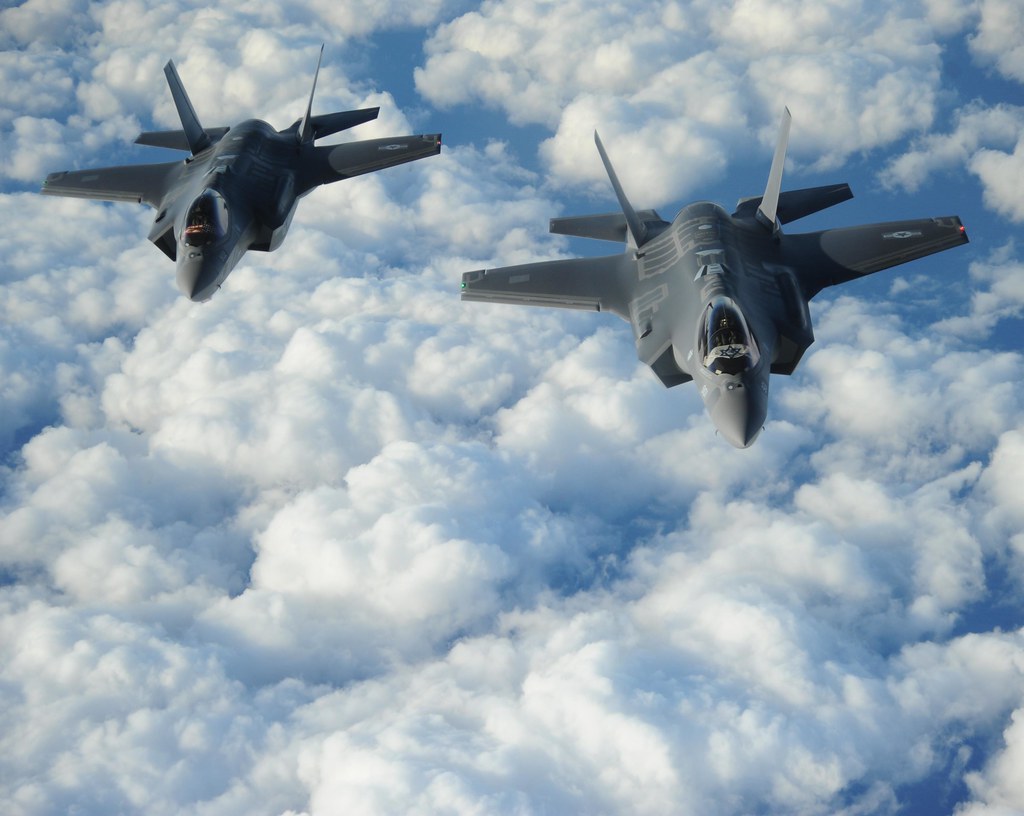 “It has been US law since 2008, and US policy a lot longer than that. Israel has dealt with the QME [qualitative military edge] behind the scenes professionally and successfully for more than a decade; it is going to continue to work this way,” Friedman was quoted.

Apart from Israel, the US shares close ties with Qatar in the region. The US has been helping to arm its allies in the region to counter the Iranian influence.

The US secretary of state Mike Pompeo had met Qatari counterpart Sheikh Mohammed bin Abdulrahman al Thani in Washington during his Septemeber visit, indicating that the US may be moving forward with naming Qatar as a major non-Nato ally.

But a nod from Israel over F-35 sale is not the only hurdle for Qatar, which is a host to the largest American military facility in the Middle East. Washington’s most powerful and closest partner among the Gulf Arab states, Saudi Arabia is also likely to object the defence sale due to a three-year blockade imposed on Qatar.

Three years ago, Saudi Arabia, the United Arab Emirates, Bahrain and Egypt had cut diplomatic and trade ties with Qatar, by imposing a sea, land and air blockade, claiming it supported “terrorism” and was too close to Iran. The US administration led by Donald Trump has tried to end the blockade but to no success.

Why everyone wants F-35s?

Developed by the American aerospace firm Lockheed Martin, the supersonic, multi-role F-35 represents a quantum leap in air dominance capability with enhanced lethality and survivability in hostile, anti-access airspace environments, as per the company’s website.

Designed with the entire battlespace in mind, F-35 is beyond single capability as it is integrated with multiple capacities such as air-to-air combat, air-to-ground strikes, electronic attack, intelligence, surveillance and reconnaissance.

Other countries procuring and operating the F-35 are Israel, Japan, South Korea, Poland, Belgium and Singapore.