South Korea will develop its own version of Israel’s Iron Dome in the next five years to protect the country’s key installations in the capital area against North Korean artillery threats, the defence ministry said Monday.

Earlier, as EurAsian Times reported, the US will not build ‘Iron Dome’ which is a mobile, all-weather air defence system developed by Rafael Advanced Defense Systems and Israel Aerospace Industries. The Iron Dome is designed to intercept and neutralise short-range rockets and artillery shells and has been very successful in Israel. 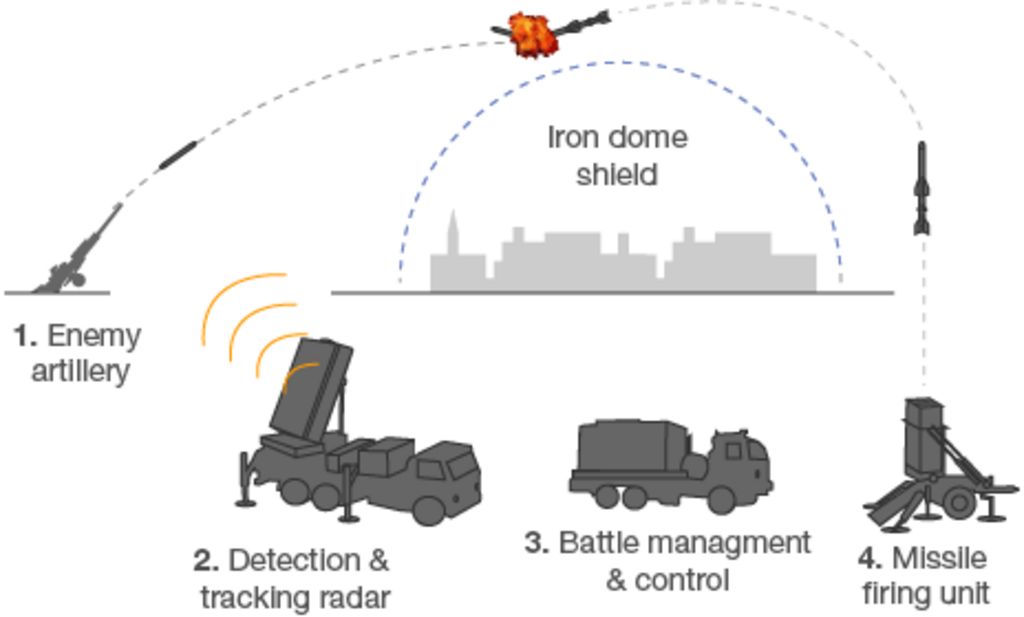 Sharing information its defence blueprint for 2021-2025, the ministry also said it will officially begin procedures to procure a light aircraft carrier next year and start the production of a homegrown fighter jet which is currently under development.

The defence program calls for spending 300.7 trillion won ($253 billion), a 6.1 per cent on-year increase on average over the next five years. Of the total, 100 trillion won was earmarked for enhancing defence infrastructure, while the remaining 200 trillion won was set for force management.

“When we talk about South Korea’s missile defence system, it usually refers to one targeting North Korea’s Scud-type or stronger missiles, whereas this new interceptor system will focus on protecting the capital area against the North’s long-range artillery such as its 240-mm or 300-mm multiple rocket launchers,” a ministry official said.

The deployment of South Korean version of Israel’s Iron Dome is expected to be put into force in the late 2020s or early 2030s, officials said. South Korea will also begin developing long-range air-to-surface and air-to-ship guided missiles to be loaded on the indigenous fighter jets.

When the production of the fighter jet is complete, South Korea will become the 13th country in the world to own a homegrown combat plane, the ministry said. South Korea launched the 8.8 trillion-won KF-X project in 2016 to develop the homegrown fighter by 2026 to replace the country’s ageing fleet of F-4 and F-5 aircraft.

Last week, the arms procurement agency said it has produced a prototype of an advanced radar system, a key part of the envisioned jet. For the Navy, the ministry said the country will begin building 3,600-ton and 4,000-ton submarines during the period.

A ministry official said the government plans to load submarine-launched ballistic missiles (SLBMs) on the new submarines, adding that whether they will be nuclear-powered has yet to be decided.

Following the recent revision in the country’s missile guidelines, South Korea will also push to develop a space rocket to launch small-sized satellites.

Last month, South Korea announced that it has become able to develop solid-propellant space rockets under the new missile guidelines with the United States, saying the deal is expected to help sharply improve the military’s intelligence, surveillance and reconnaissance (ISR) capabilities.

South Korea plans to put military surveillance satellites and unmanned reconnaissance planes into operation by 2025. It will also begin developing ultra-small satellites during the period to realize near real-time monitoring of the Korean Peninsula.

“The ministry will continue to cooperate with the monetary authorities to successfully push for the 2021-2025 defence plan,” it said in a release.

Previous article
China vs Taiwan: How Minnow Taiwan Is Holding Strong Against Superpower China?
Next article
US Wants To Fight ‘Imaginary’ China Threat Instead Of COVID-19 Which Has Killed 5 Million Americans