After Asif Ali Zardari, Pakistan authorities have forcefully blocked an interview of Maryam Nawaz Sharif (vice president of the PML-N) and taken off air soon after it was aired. Pakistan government which is being managed by the powerful Army has been criticised for blocking the voice of the democracy. 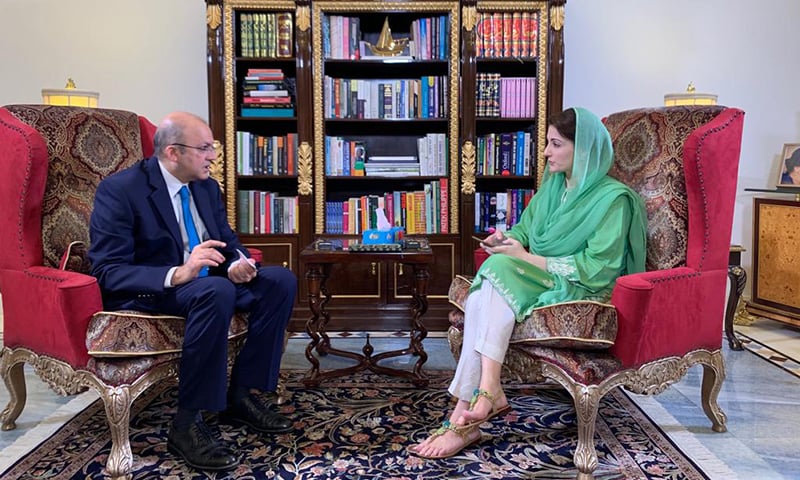 Hum News, the channel on which the interview was aired for a few brief moments, released a statement shortly after the incident, saying: “Hum News believes in a free and responsible media. Protecting freedom of expression is one of our core values. At the same time, we stand for the respect and dignity of [the] judiciary in line with our ethical values and the Consitution.”

HUM News@humnewspakistan: #HumNews firmly believes in free & responsible media. Protecting #FreedomOfExpression is one of our core values. At the same time, we stand for the respect & dignity of the judiciary in line with our ethical values & the constitution. #PressFreedom

The development comes days after AbbTakk TV, 24 News, and Capital TV all had their broadcasts cut after screening a press conference by Maryam Nawaz.  Pakistan Authorities say the three channels were unavailable due to “technical issues”, but Reporters Without Borders (RSF), a global media watchdog, described the outage as an act of “brazen censorship”.

It slammed the local authorities over the removal of three television channels from the country’s airwaves, saying the move was “indicative of disturbing dictatorial tendencies” as pressure mounts on journalists in Pakistan.

Maryam is the daughter of former PM Nawaz Sharif — who is currently behind bars for corruption. The move came as Imran Khan’s administration vowed to block any media coverage and interviews of politicians “who are convicts and under trial”.