“I flew in the back seat of such an aircraft during the North Atlantic Treaty Organization (NATO) Tiger exercise in 2015, in Konya, Turkey, and I saw for myself its capabilities. It is an excellent flying platform, it has exceptional flexibility, exceptional excess power.”

Turkey and Greece have long been at loggerheads over access to natural resources, namely potential gas and oil deposits under the seabed of the Mediterranean.

France has been at the forefront of lending support to Greece by reportedly planning to equip them with 18 Dassault Rafale fighter jets to fight their Mediterranean neighbours.

According to a report in Pentapostagma, Karavidas when asked whether the acquisition of Rafale fighters would change the balances in the Aegean said “the balances are changing drastically, to a very large extent. In essence, the Turkish Air Force will not be a factor, just a target for the Greek Air Force.”

Former air chief marshal BS Dhanoa of the Indian Air Force (IAF) echoed a similar sentiment about the capabilities of Rafale in an interview with HT.

He said that with the Chinese People’s Liberation Army (PLA) concentrated and on the offensive on a barren Tibetan Plateau, the IAF with Rafale fighter as its spearhead weapon will decide the outcome of the battle in case the red flag goes up. This was in reference to India-China standoff at the Line of Actual Control (LAC) in eastern Ladakh.

“Today, this induction sends a strong message to the world and those who have raised an eye at us. This induction is very crucial, considering the border situation,” Defence Minister Rajnath Singh said at the ceremonial unveiling of the Rafale aircraft.

An order of 36 Rafale fighters has been placed by New Delhi, with a second batch expected to land in November this year. The French origin jet can reach almost double the speed of sound, with a top speed of 1.8 Mach. 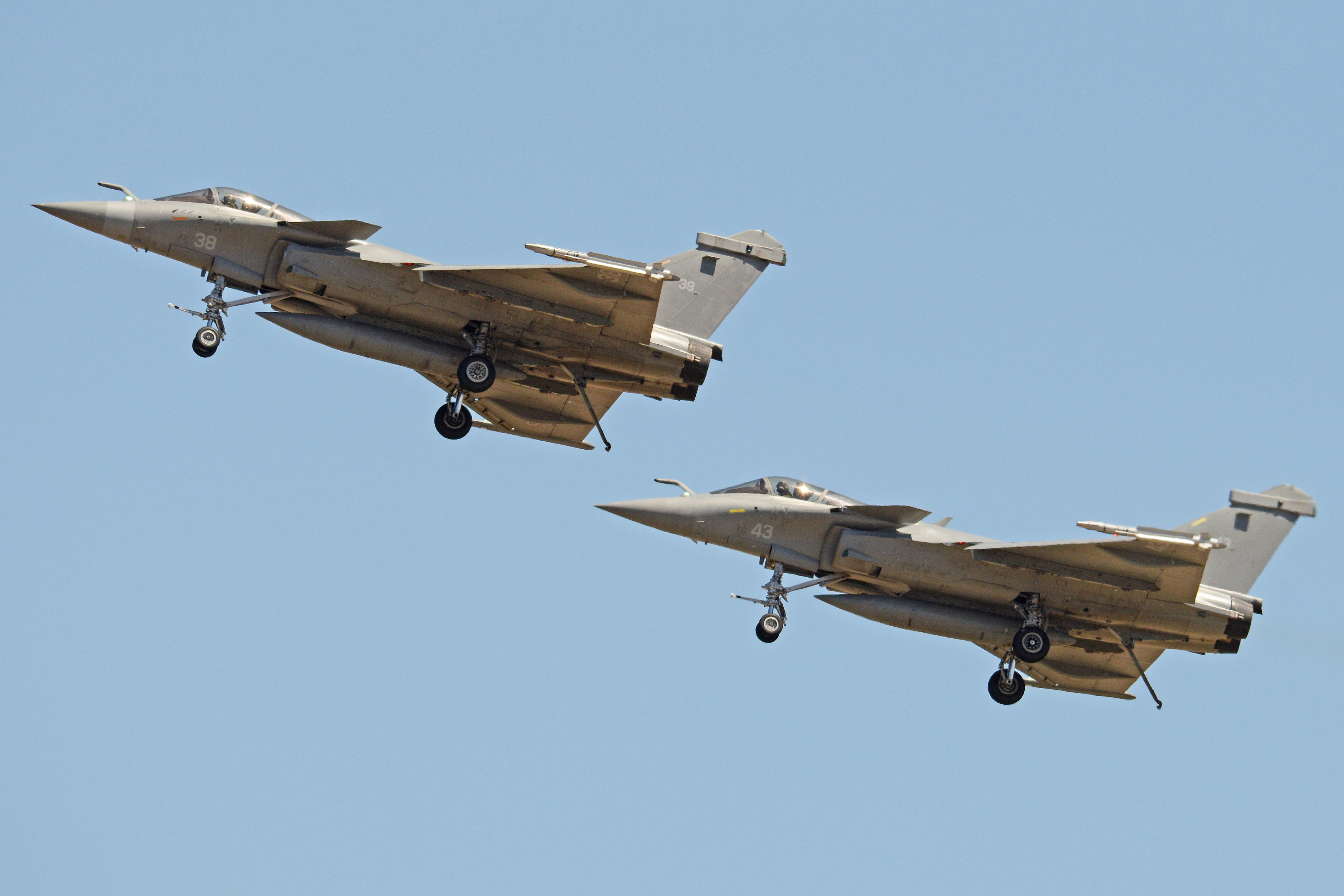 Dhanoa appeared to back Karavidas claims and stated that the Rafale jets with its top of the line electronic warfare suite, Meteor beyond visual range missile and SCALP air to the ground weapon with its terrain-following capability outguns any threat that the Chinese Air Force produces.

“The Rafale with its advanced terrain following weapons and level II of Digital Terrain Elevation Data available to the Indian pilot, the error probability of the weapon is reduced to mere 10 metres. As I have said in the past, Rafale is a game-changer,” he added in an interview with HT.

In the backdrop of growing India-China and Turkey-Greece tensions, experts have consistently praised the capabilities of Rafale jets and asserting they would out-do Turkish and Chinese or Pakistani jets.