India’s Akash Missiles have hogged the limelight as the Modi government has approved the export of the indigenously-developed Akash missile system to friendly nations, in a move to push its ‘Atma Nirbhar Bharat’ (self-reliant India) policy.

Under the #AtmaNirbharBharat, India is growing in its capabilities of manufacturing wide variety of Defence platforms & missiles.

The Cabinet chaired by PM @narendramodi ji today approved the export of Akash Missile System and a Committee for faster Approvals has been created.

The export version of the short-range, surface-to-air Akash Missiles with 96% indigenization will be different from the system currently in service with the Indian armed forces, Defense Minister Rajnath Singh announced on Wednesday.

Singh said a committee for faster approvals has been set up to focus on exporting high-value defense platforms as India aims to achieve a target of $5 billion of defense export and improve strategic relations with friendly countries.

India has long been in talks with Vietnam to sell the indigenously-developed missile system. With this decision, Vietnam may soon be getting the Akash missile system.

Designed and developed by India’s Defence Research and Development Organisation (DRDO), the Akash missile system with a range of 25 km can target fighter jets, cruise missiles, drones, and other aerial assets. 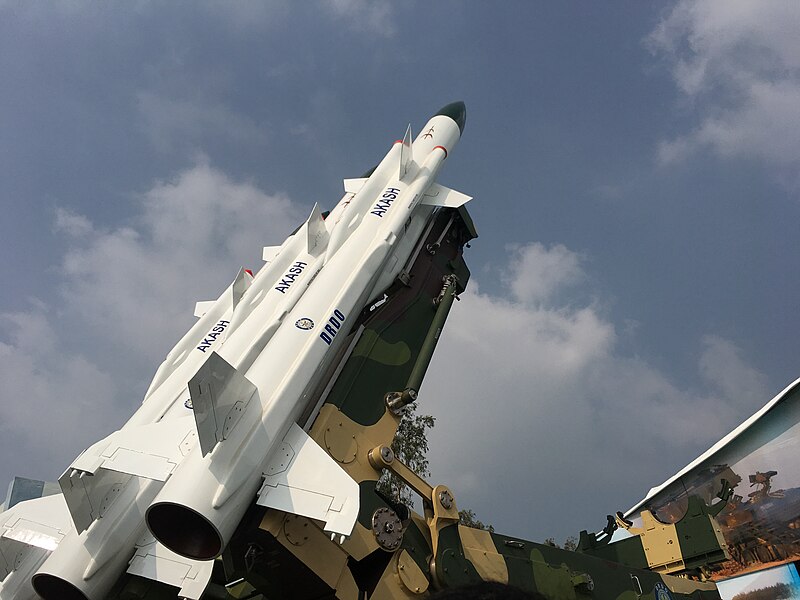 Earlier this month, the Indian Air Force had conducted 10 test-firings of the home-grown Akash missiles at the Suryalanka test range in Andhra Pradesh.

The missile system has been currently deployed along the Line of Actual Control in Eastern Ladakh where Indian and Chinese troops are locked in a standoff.

The missile is currently being upgraded with “seeker technology, reduced footprint for weapon system elements, 360-degree engagement capabilities and high altitude/low-temperature operation”. This will enable the system to take down targets with greater ease and at high-altitude locations.

Previous article
China May Have Deployed 100 Aircraft In Ladakh, But India Can Deploy Three Times More Due To Its Advantage — IAF Veteran
Next article
Pakistan, China Counter US, India BECA Pact With Military Intelligence Deal