AN-32 Aircraft Missing in Clouds After Taking Off From Jorhat, Assam: Breaking News

AN-32 Missing From Jorhat, Assam // Breaking News: AN-32 transport aircraft of the Indian Air Force (IAF) that took off from Assam’s Jorhat earlier today is missing. The Antonov IAF AN-32 aircraft took off at 12:25 pm for a remote military landing strip in Mechuka in Arunachal Pradesh and was carrying 13 people onboard. 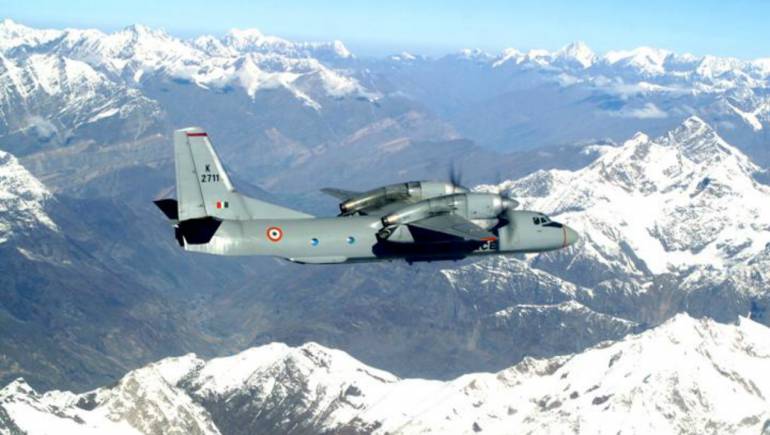 The AN-32 aircraft last had contact with ground crew at 1 pm, according to media reports. The average flight time between Jorhat and Mechuka is about 50 minutes.

The Indian Air Force has launched a search operation and spokesperson Lieutenant Colonel P Khongsai said every effort was being made to locate the missing AN-32 aircraft. Soldiers of the Indian Army and the Indo-Tibetan Border Police are helping in the search along with helicopters.

Spoke to Vice Chief of @IAF_MCC, Air Marshal Rakesh Singh Bhadauria regarding the missing IAF AN-32 Aircraft which is overdue for some hours.

He has apprised me of the steps taken by the IAF to find the missing aircraft. I pray for the safety of all passengers on board.

The terrain under the AN-32’s flight’ path is mountainous and densely forested. The landing and take-off approaches to Mechuka are extremely complicated. Coupled with challenging weather, the region is among the most inhospitable for air transport.

“The aircraft may have got entangled in low clouds. Flying in these areas is fraught with a measure of uncertainty,” Air Commodore Prashant Dikshit (Retired) told Indian NDTV.

The AN-32 is a Soviet-designed twin-engine turboprop transport aircraft used largely by the Indian Air Force for over four decades. Since it joined the IAF fleet, the rugged planes used to ferry people and air-drop supplies have undergone several rounds of upgrades.

In 2016, an Indian Air Force An-32 disappeared while flying over the Bay of Bengal after taking off from Chennai for the Andaman and Nicobar Islands. The search and rescue operation became India’s largest such operation for a missing plane on the sea in history but the aircraft was never found. All 29 people onboard were presumed dead.