History has repeated itself and that too only in a span of one year. The Armenian Defence Ministry claimed its Su-25 has been shot down by Turkish F-16s in an ongoing conflict between Azerbaijan and Armenia. And who would have forgotten the Pakistani F-16 shooting down another Russian-origin MiG of the Indian Air Force?

#Armenian Su-25 was shot down by a #Turkish F-16 that took off from the Ganja airbase in Azerbaijan. @ArmeniaMODTeam

This was followed by dogfight between the American-origin F-16 which were a part of Pakistan Air Force (PAF) and Russian Mig-21 Bison of Indian Air Force (IAF).

Reportedly, two AIM-120 Advanced Medium-Range Air-to-Air Missiles (AMRAAMs) were fired, one of which missed its target and fell on the Indian territory. Islamabad had categorically denied the use of F-16s.

The IAF used the debris of the AMRAAM missile to prove its claim that F-16s were used by PAF. The use of F-16 would be in breach of the agreement signed between Washington and Islamabad which doesn’t allow the use of these fighters for an offensive role. Interestingly, out of all the aircraft owned by PAF, only F-16 could fire an AMRAAM.

On Sep29,F-16 multifunctional fighter of the #Turkish Air Forces downed within the airspace of #Armenia in Vardenis region the SU-25 Fighter of Armenian Armed Forces which was carrying out combat tasks to repel attacks on military and civilian objects. #ArtsakhStrong #NKpeace pic.twitter.com/YHyIZO5Eb3 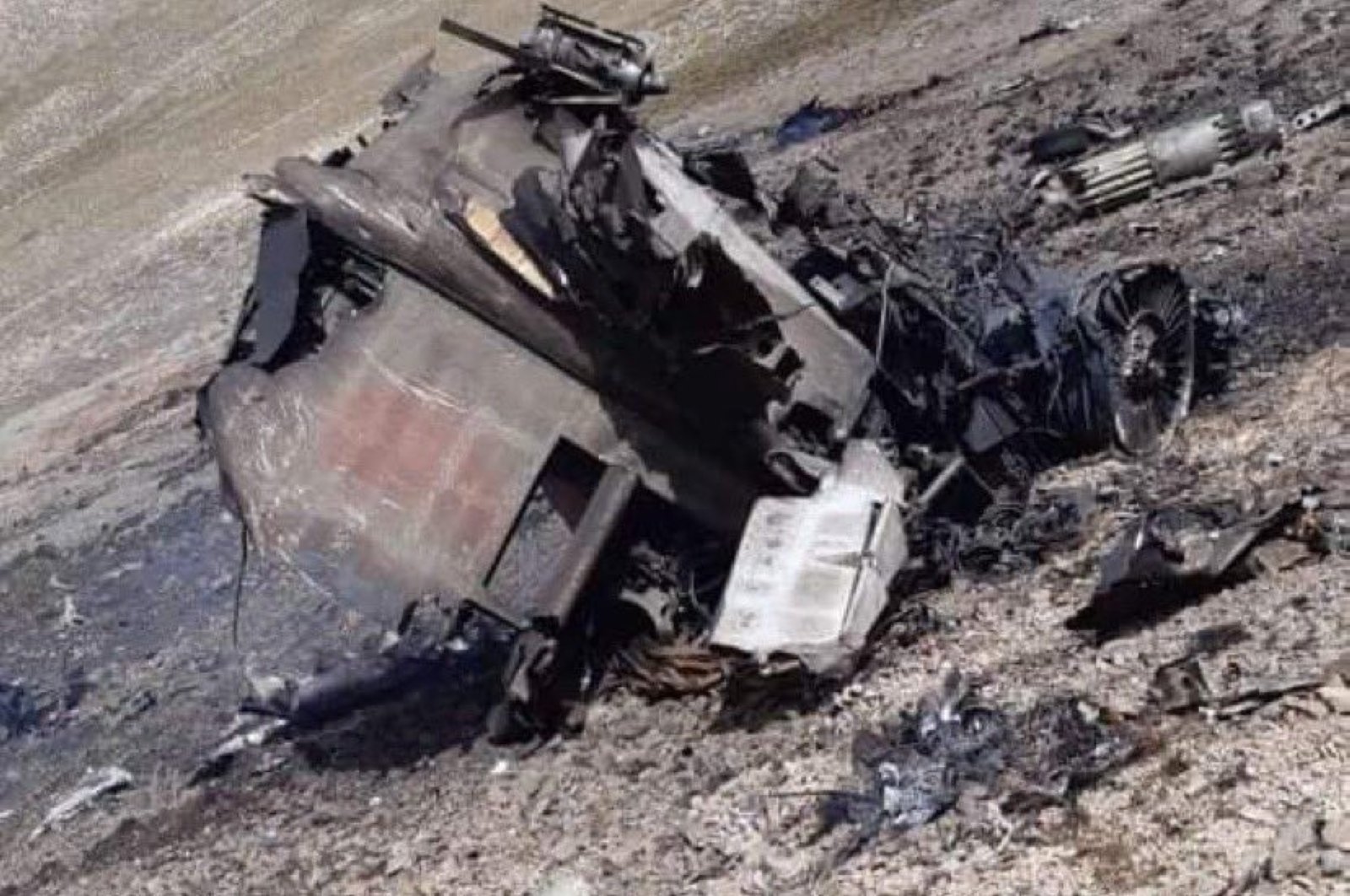 The remains of an Armenian Sukhoi Su-25 warplane

Now, after a year, Turkey has not just been accused of meddling in the Azerbaijan-Armenian conflict but also using its fleet of F-16s and the same AMRAAMs against Yerevan. The Turkish F-16s that were deployed at the Ganja Airbase in July/August, in the garb of joint exercises were used in that attack, said the Armenian local media.

Reminder that Turkish F-16 jets were deployed to Ganja AB, Azerbaijan in July/ August under the pretext of joint exercises, but remained there. A week ago they were seen flying over Ganja city by locals (pic 3). pic.twitter.com/TEsbfwzswu

“The Turkish F-16 was around 60 kilometers deep into Armenian territory and flying at an altitude of 8200 meters,” said the Ministry as reported by  Greek City Times. It further added that F-16 fighter jets belonging to the Air Force of the Republic of Turkey took off from Ganja Airport of the Republic of Azerbaijan. It added that the pilot of Su-25 died heroically.

Turkey and Azerbaijan have denied the claim. “Rumors being spread by Armenia that Turkey is involved in the conflict are provocative,” Ilham Aliyev told the Russian “60 Minutes” program aired on the Rossiya-1 TV channel.

Turkey calls Armenian claims on a downing of SU-25 by a Turkish jet as “cheap propaganda stunt”, per Bloomberg

Earlier, Armenia had warned of using the Russian-made Iskander ballistic missiles in the conflicted region. Yerevan, while calling the F-16s a “Sword of Damocles” hanging over the people of the disputed enclave, said it hopes the situation won’t escalate to that extent, stated a Russian media report.

“The claim that Turkey shot down an Armenian fighter jet is absolutely untrue. Armenia should withdraw from the territories under its occupation instead of resorting to cheap propaganda tricks,” Communications Director, Fahrettin Altun told the press in a statement.

Tensions peaked in the early hours of Sunday when violent clashes and shelling started in the disputed region in Nagorno-Karabakh. The long-standing dispute took a violent turn and both the sides have blamed each other for the escalation.

Turkey has openly supported Azerbaijan calling for Armenia to immediately end the occupation of Azerbaijani territories. However, it has denied its involvement in the war.