US’ MQ-25 drone has for the first time refueled an F-35 Lightning II Joint Strike Fighter in flight, the Boeing Company announced on Tuesday.

“The US Navy and Boeing have used the MQ-25TM T1 test asset to refuel a US Navy F-35C Lightning II fighter jet for the first time, once again demonstrating the aircraft’s ability to achieve its primary aerial refueling mission,” Boeing said in a news release.

It was the third refueling mission for the Boeing-owned test asset in just over three months, advancing the test program for the Navy’s first operational carrier-based unmanned aircraft.

A T1 refueled the F/A-18 Super Hornet in June and an E-2D Hawkeye in August, the release said.

“Every test flight with another Type/Model/Series aircraft gets us one step closer to rapidly delivering a fully mission-capable MQ-25 to the fleet. Stingray’s unmatched refueling capability is going to increase the Navy’s power projection and provide operational flexibility to the Carrier Strike Group commanders.” 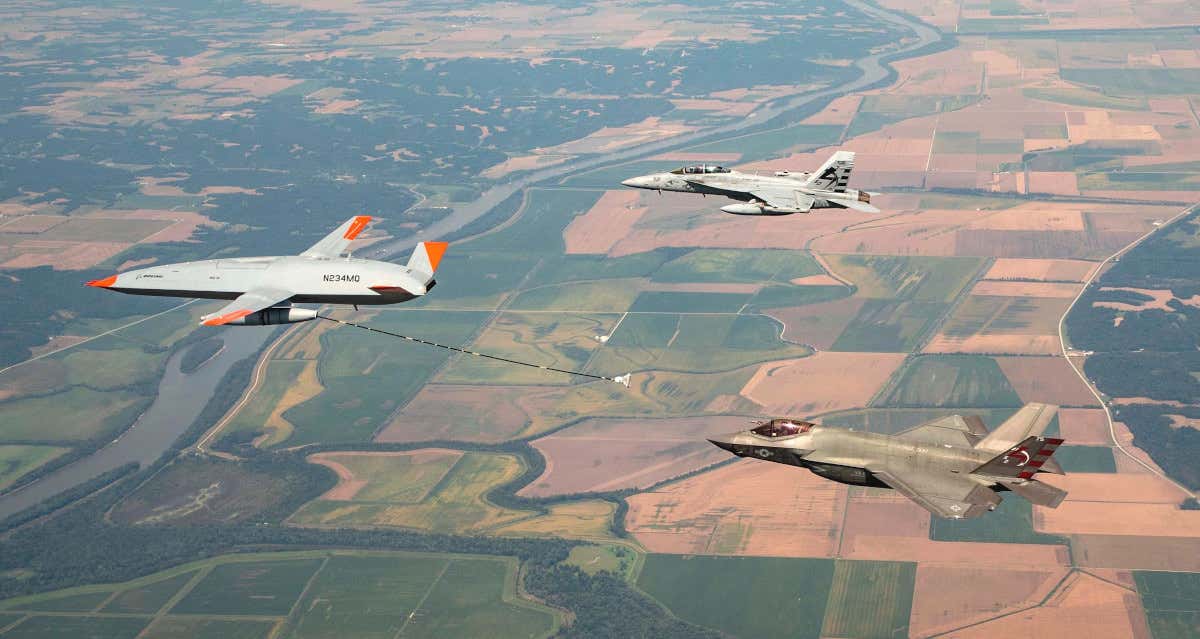 During a test flight on September 13, an F-35C test pilot conducted a successful wake survey behind the MQ-25TM T1 to ensure performance and stability before making contact with T1’s aerial refueling drogue and receiving fuel, the release said.