Balochistan Bus Accident -At least nine security personnel of Pakistan Navy were killed and 29 others were injured in Balochistan on Tuesday when their bus fell into a ditch.

According to media reports, the bus was en route to Karachi from Ormara area of Gwadar district. The soldiers were going to their homes for the holidays. A preliminary investigation revealed that the accident took place when the bus’s brakes failed. 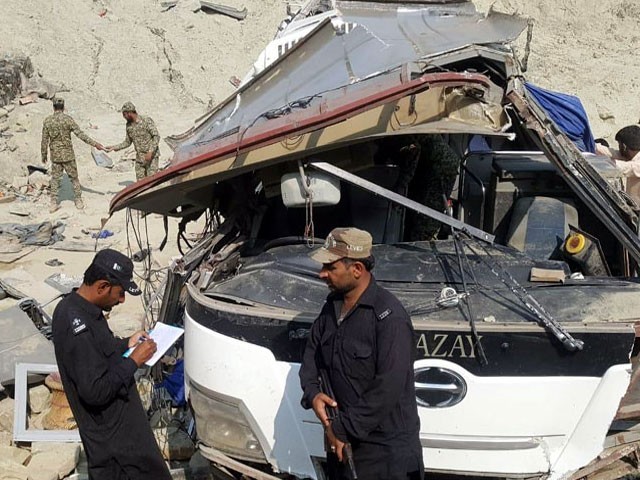 “When the bus reached Bozi top in Lasbela, it met with its fate and plunged into the ditch,” said Assistant Commissioner Bela Jamil Baloch.

“Rescue teams of the Pakistan Navy, Pakistan Coastguards and Levies soon reached the accident site and helped in shifting the bodies and injured to Ormara Naval Base’s hospital,” added the assistant commissioner Bela.

According to rescue officials, the bodies and injured were shifted to Navy Hospital in Ormara after rescuing them.