US’ Waning Interest In Middle-East: As US Ends Mission In Iraq, Doors Open-Up For Resource & Influence-Hungry China?

Washington’s decision to thin its military presence from Iraq seems to have piqued the interest of China to spread its influence in the war-torn country.

Reports suggest Chinese companies have inked contracts to build over 1,000 schools in Iraq. A spokesperson of Power China revealed that it will construct 697 schools in Iraq.

The remaining 321 units will be built by Sino Tech. The move has been described as an “immediate help” to Iraq, where a lack of education opportunities has hindered the development and rebuilding efforts.

According to Chinese businessmen, the resumption of school projects is testimony to the fact that Chinese firms are showing increasing interest in a country along the Belt and Road Initiative (BRI). The businessmen said that there are “thousands of things to be done that are waiting to be done” in Iraq.

The principle of the Belt and Road Initiative is to mutually benefit and create a win-win situation, which is completely in contrast to the US’s investment. However, China is also skeptical with respect to Iraq’s political stability, security and mutual trust, according to the report published by Global Times.

Chen Xianzang, a Chinese businessman who has been investing in Iraq for more than 20 years, told the Global Times, “China’s investment is out of aid to humanitarianism. Schools spread across Iraq mean security costs will be high and that too when there is political instability in the country and the benefits for Chinese state companies are very less.” He added that these school projects have been kept on hold for many years due to security issues in Iraq.

Though Iraq has a large oil reserve, the nation has suffered decades of infrastructure loss due to wars and corruption. The construction of these schools is due to be completed in two years, and the first one will be delivered a year after the work begins, which according to Hassan Mejaham, Iraqi housing ministry official, is going to be “very soon”. He also said that Iraq is going to pay for these projects with its oil products.

PM @MAKadhimi oversees the signing of contracts with the China to build 1,000 schools in Iraq, within the framework agreement between the two governments.
The Chinese side was represented by the Vice President of Power China and the regional director of Sinotech. pic.twitter.com/XlgrsYQGXH

“Decades of conflict and under-investment in Iraq have destroyed what used to be the best education system in the region,” UNICEF said on its website, adding that “one in every two schools is damaged and needs rehabilitation. In the country of 40 million people, there are close to 3.2 million school-aged Iraqi children out of school.”

End Of US Combat Mission In Iraq

Shortly after the US announced the withdrawal of its troops in Afghanistan in July this year, President Joe Biden also announced the end of its combat mission in Iraq. The US said the decision was taken under the ‘US-Iraq Strategic Dialogue’.

The announcement raised two important questions — what would be the impact of the move on Iraq’s ground situation and or if it would embolden the Islamic State (IS) in Iraq, BBC reported.

Eighteen years after the US’s invasion of Iraq, currently, there are only 2,500 American troops there. Apart from this, there is also a small contingent known as the Special Military Squad which is fighting the Islamic State.

However, information about this contingent is not revealed. At the time of Iraq’s invasion by the US, 160,000 soldiers had occupied the country. At present, the two and a half thousand soldiers have been assigned to three bases. These soldiers have also suffered rocket and drone attacks by Iran-backed militias.

The task at hand for the American forces still in Iraq is to train Iraqi forces who are fighting against the Islamic State jihadists. Iran-backed militias want the complete removal of US forces after Iran’s Revolutionary Guards Quds Force chief Major General Qasem Soleimani and a top Shia militia commander were assassinated by the US at the Baghdad airport.

Meanwhile, Iraqis who do not fall on any side of the conflict want the American troops to leave the country. The US under Biden is also working towards reducing its presence in the Middle East for a long time. However, China’s growing interest and influence in Iraq might raise concerns in Washington.

Zhou Rong, a senior researcher at the Chongyang Institute for Financial Studies at the Renmin University of China, told the Global Times that the school projects in Iraq, which are going to be built by China, are going to facilitate more non-government “people-to-people and cultural exchanges” between China and Iraq. 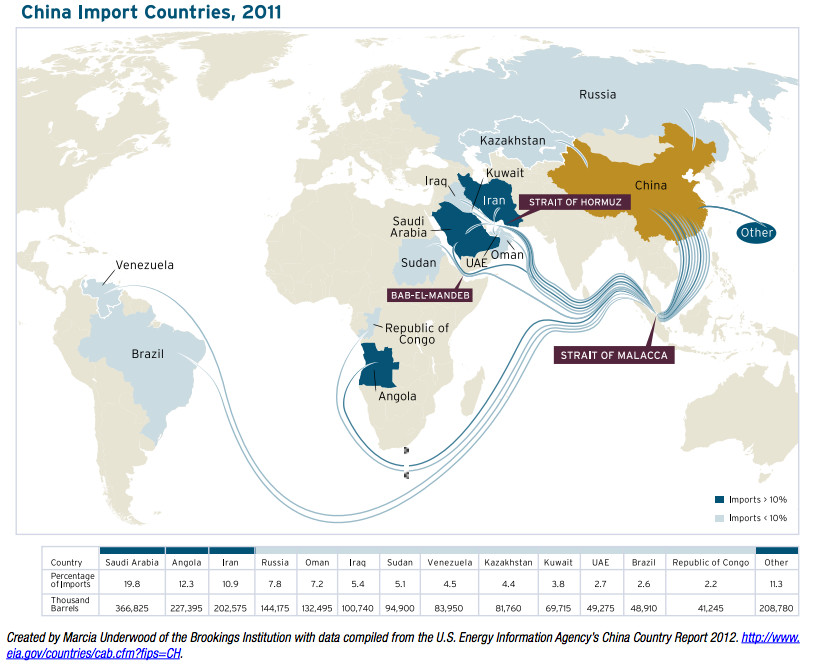 According to China’s Ministry of Commerce, China is now the largest buyer of Iraqi oil. Besides energy, China is also looking to invest in construction, water processing, and ports, according to Chinese businessmen.

“Major projects in Iraq are still monopolized by US and European firms, so we need time to build trust with the locals. The development of a mature governing system remains slow in Iraq due to religious factors, which creates uncertainty in the business environment”, Chen Xianzang added.

According to observers, the US is going to continue to be relevant in the Middle East for some time, however, the decline of its influence in the region is certain.

Previous articleBuoyed By J-20 Success, China Claims To Have Built World’s ‘Most Powerful’ Emission-Free Engine For Submarines
Next articleSaudi Arabia’s Fighter Jets Strike Yemen’s Capital Sanaa Amid Expiry Of Ultimatum Given To Houthis