The Saab F-39E Gripen fighter jets belonging to the Brazilian Air Force will undergo supersonic test-flights. The BAF said that the aircraft will be flying from the Gripen Flight Test Center at Embraer’s facilities in Gaviao Peixoto in southeast Brazil.

“All flights follow procedures defined by the authorities and are carried out at high altitudes, above [16,000ft]. These flights, carried out by Saab, are essential to test the performance and functions of the new aircraft, to continue the certification and acceptance procedures for the aircraft, which arrived in Brazil in September 2020,” said the Brazilian Air Force. 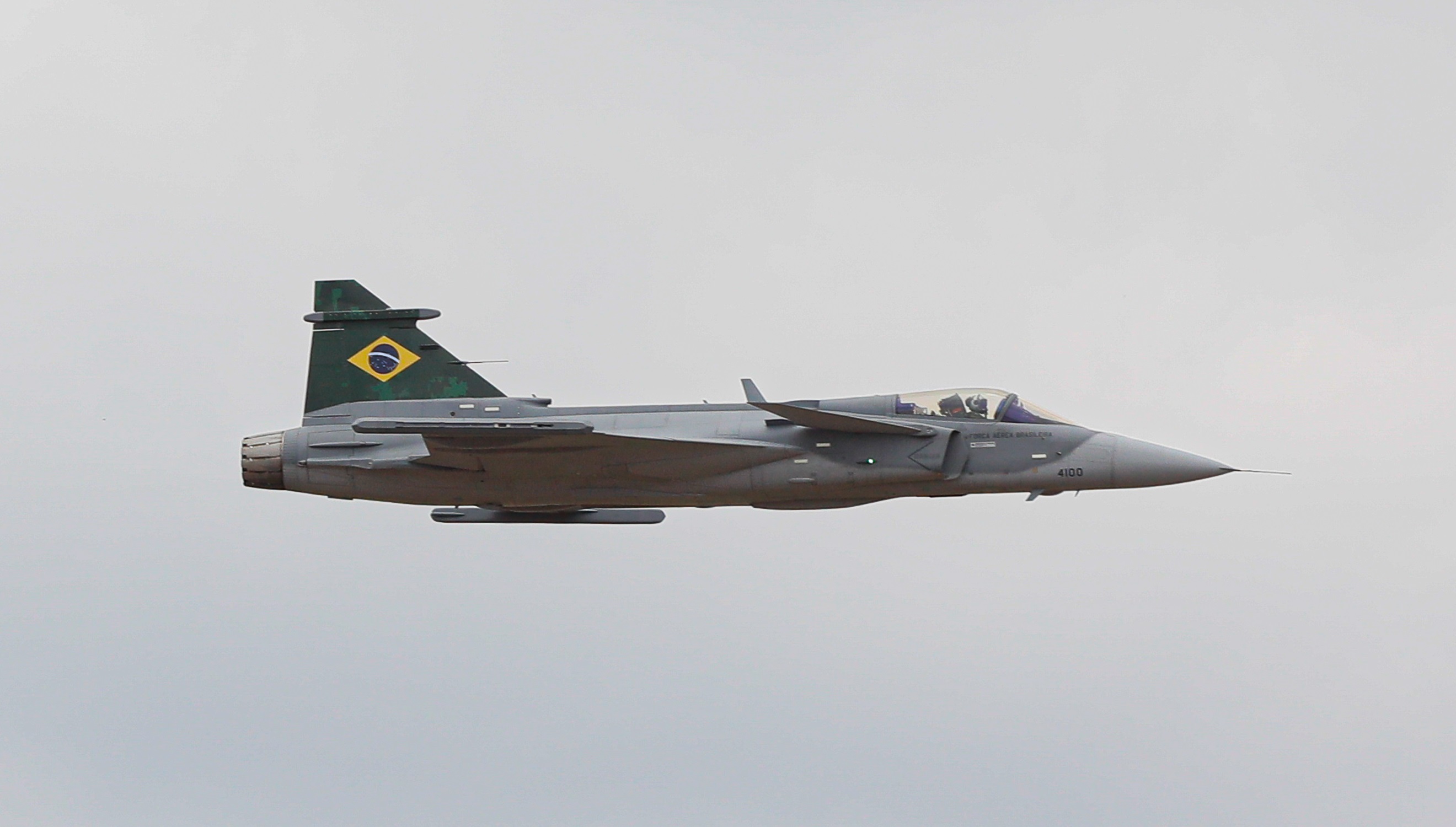 The supersonic test flights are scheduled to take place over the next few months.

Developed by Swedish aerospace giants Saab AB, the JAS-39 ‘Gripen’ is a light single-engine multirole combat aircraft that is highly agile and versatile.

The advanced fighter jets use pulse-doppler radar, can attain speeds up to Mach 2, and have a huge weapons load.

The fighters can carry almost every weapon in service with NATO, including AIM-9 variants, IRIS-T, AIM-120 AMRAAM, Meteor, MICA, AGM-65 Maverick, KEPD 350 ALCM, and a host of other air-to-air and air-to-ground munitions.

Brazil had ordered around 36 units of the Gripen E/F, renamed the F-39E/F, for its air force back in 2014. The deal includes the in-country production of 15 units of the fighter jet, with the rest being developed back in Sweden.

The Brazilian Air Force also revealed that there will other tests for the Gripen fighters including flight control systems and climate systems tests.

“Unique characteristics of Brazilian aircraft, such as the integration of armaments and the Link BR2 communication system – which provides encrypted data and voice communication between the aircraft – will also be tested in Brazil,” said the Brazilian Air Force.