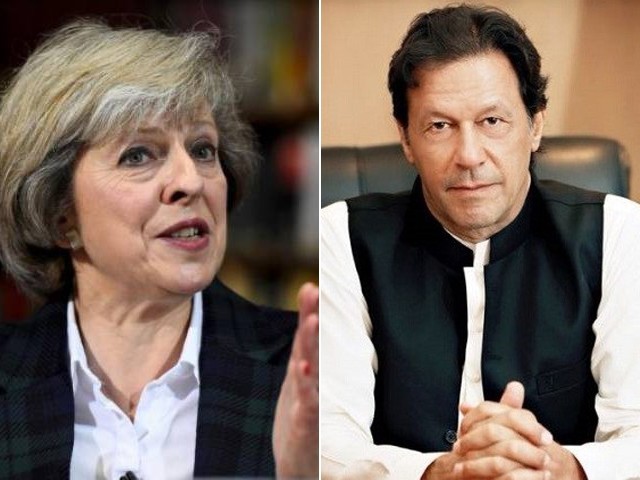 She welcomed the peace overtures by the prime minister amid heightened tensions between Pakistan and India, said a statement issued by the PM Office. Imran Khan apprised the May of Pakistan’s perspective on the developments since the Pulwama incident, in which nearly four dozen Indian soldiers were killed when a young Kashmiri drove a vehicle full of explosives into a military convoy in Pulwama in Jammu and Kashmir  February 14.

May mentioned the need for both India and Pakistan to de-escalate tensions, adding that the UK was in touch with both sides in this regard. Prime Minister Imran invited the UK premier for a visit to Pakistan with the latter reciprocating the gesture.

Tensions between Pakistan and Indian escalated rapidly following the February 14 suicide car bombing as India started pointing a finger at Pakistan after the Jaish-e-Muhammad (JeM) militant group which, Indian alleges, operates from Pakistan, purportedly claimed responsibility for the attack.

PM Khan had offered India help in the investigation and promised to take action against any group found involved in the incident. However, New Delhi rejected the offer and instead started whipping up war hysteria.