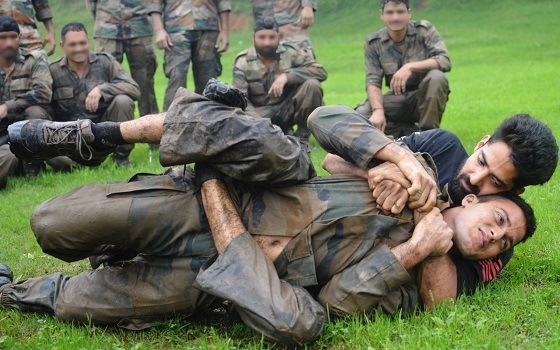 Team of #IndianArmy left for Russia to take part in the multilateral Exercise aimed at countering the threat of international terrorism. Conducted by Central Military Commission of Russia, eight nations are taking part in this mega event.#Synergy #Cooperation pic.twitter.com/pt4zMiC4rC

Indian Army in a statement explained that these joint exercises will be focusing on evolving drills to find ways to counter the scourge of international terrorism thereby ascertaining military security in the Central Asian region.

This joint exercise is taking place under the flagship of the Shanghai Cooperation Organisation (SCO) and will be a 15 day-long joint drill. Counter-terrorism operations, aerial strikes, defence measures and reconnaissance missions will be among the top agendas of TSENTR-2019.

Apart from Russia, India and Pakistan the other nations which are participating in this exercise include China, Kazakhstan, Uzbekistan, Kyrgyzstan and Tajikistan. The contingents have already left for Russia to participate in this strategic exercise aimed at tackling global terrorism which has indeed become a global problem.

Even though India and Pakistan are participating in the joint exercise, the bilateral relations between two nations are tense after the special status of Jammu and Kashmir was abrogated by the Modi government. After the abrogation of Article 370, Pakistan decided to downgrade diplomatic ties with India and has allegedly mobilized its elite commandos to put pressure on India.

Experts talking to EurAsian Times stated that even in these testing times, both armies are expected to maintain professionalism and discipline during the joint drills as both armies have strong experience of working together including in the UN missions.