Canadian PM Justin Trudeau has followed the footsteps of US counterpart – Donald Trump and used the 50th anniversary of Canada-China diplomatic ties to blast China over provocative actions both internally and with other countries.

Trudeau did not mince words, saying China was engaged in “coercive diplomacy” in dealing with nations and condemned repression in Hong Kong and the persecution of one million Uighur Muslims within Chinese borders.

China has also turned a deaf ear to Canada’s call to immediately release the so-called two Michaels (Kovrig and Spavor), who were imprisoned in 2018 in an action largely seen as retribution for the arrest of Huawei executive Meng Wanzhou in Vancouver at the behest of the US. 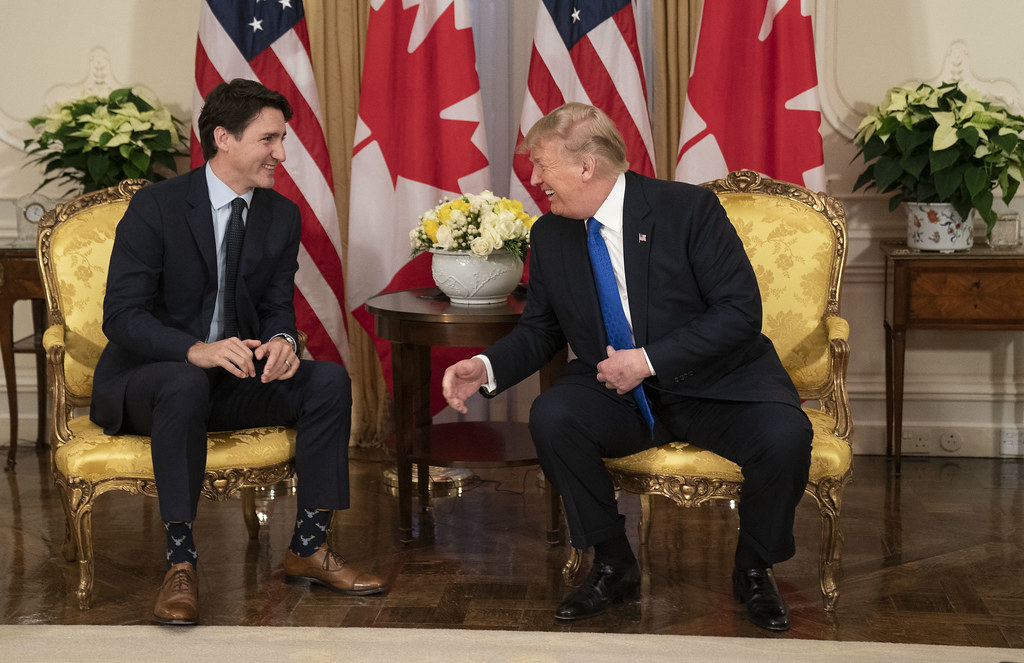 President Trump talking with the Prime Minister of Canada

“We will remain absolutely committed to working with our allies to ensure that China’s approach of coercive diplomacy, its arbitrary detention of two Canadian citizens alongside other citizens of other countries around the world is not viewed as a successful tactic by them,” Trudeau said.

China is a huge market for Canadian products, including canola and meat products, but bullying tactics such as prohibiting the import of those goods will not push Canada to be silent on Chinese human rights abuses.

“We are going to continue to work with our fellow, like-minded nations around the world to impress upon China that its approach to internal affairs and global affairs is not a particularly productive path for itself or for all of us,” Trudeau said.

During a phone call with US President Donald Trump on Saturday, Trudeau wished the president and his wife well after they tested positive for the novel coronavirus.

He also thanked Trump for supporting the “immediate release” of Kovrig and Spavor. Meng remains under house arrest during an extradition hearing in Canada. She is wanted in the US for alleged violations of American sanctions against Iran.

The Trudeau-Trump conversation took place as Canada’s ambassador to China, Dominic Barton, was granted “virtual consular access” to the two Michaels, the first communication with the pair since January.