The cases of deadly coronavirus seems to be rapidly increasing in Pakistan, especially in the Sindh province. Provincial authorities confirmed 41 new cases of coronavirus in Sindh, launching the number of cases to 76 in the province and 94 in the country.

More results have come in. So far 50 people who had arrived in Sukkur from Taftaan have tested positive, 25 at Karachi & 1 at Hyderabad. So the total patients have reached 76 in Sindh. Out of these 76 patients, 2 have recovered & the remaining 74 are being kept in isolation

Advisor to Sindh Chief Minister Syed Murad Ali Shah on Information Murtaza Wahab said 50 people out of those who returned from the quarantine at Taftan had tested positive so far. Out of the confirmed cases, 25 are in Karachi and one is in Hyderabad. “Out of these 76 patients, 2 have recovered & the remaining 74 are being kept in isolation,” he added.

Globally, more than 6,000 people have died and more than 156,000 have been infected by COVID-19 as the disease spreads rapidly to new territories. The epicentre of the outbreak has now shifted to Europe, which is recording a rapid rise in new cases every day.

The Pakistan and Bangladesh cricket boards have decided to defer the upcoming One-Day International and Test in Karachi. Meanwhile, the PCB has also indefinitely suspended the Pakistan Cup one-day tournament, which was scheduled to start from 25 March.

Earlier, WHO country head for Pakistan – Dr Palitha Gunarathna Mahipala was in Karachi to assess the provincial government’s response to the virus and to inspect isolation units set up in various hospitals.

During his visit to Jinnah Postgraduate Medical Centre, Mahipala lauded efforts of health institute for providing immediate treatment to the suspected patients. He called for more testing facilities in case the number of infected patients grew.

Pakistan has come up with the one of world’s best “national response programmes’ against coronavirus pandemic, said the WHO country head and prompted the people to follow the precautionary measures to evade contracting the deadly virus.

The government of Pakistan timely responded to the virus and the standard operating procedures (SOPs) are being implemented very effectively. Officials are doing their job and now it is the responsibility of the people to follow the instructions, Mahipala said.

The cases of coronavirus India has reported the large single-day hike with 24,879 new coronavirus cases in the last 24 hours, the Health Ministry said on Thursday.

Meanwhile, the tally of casualties in the financial capital Mumbai — the capital of Maharashtra — crossed 5,000 on Wednesday with 62 new casualties, said a statement by the Municipal Corporation.

Maharashtra is still the worst-affected state in the country with 6,603 news cases recorded in the last 24 hours. The west Indian now has over 223,724 coronavirus cases and 9,448 deaths.

India continues to remain the third worst-hit nation by the coronavirus in the world after the US and Brazil and the curve of the graph only appears to be rising. 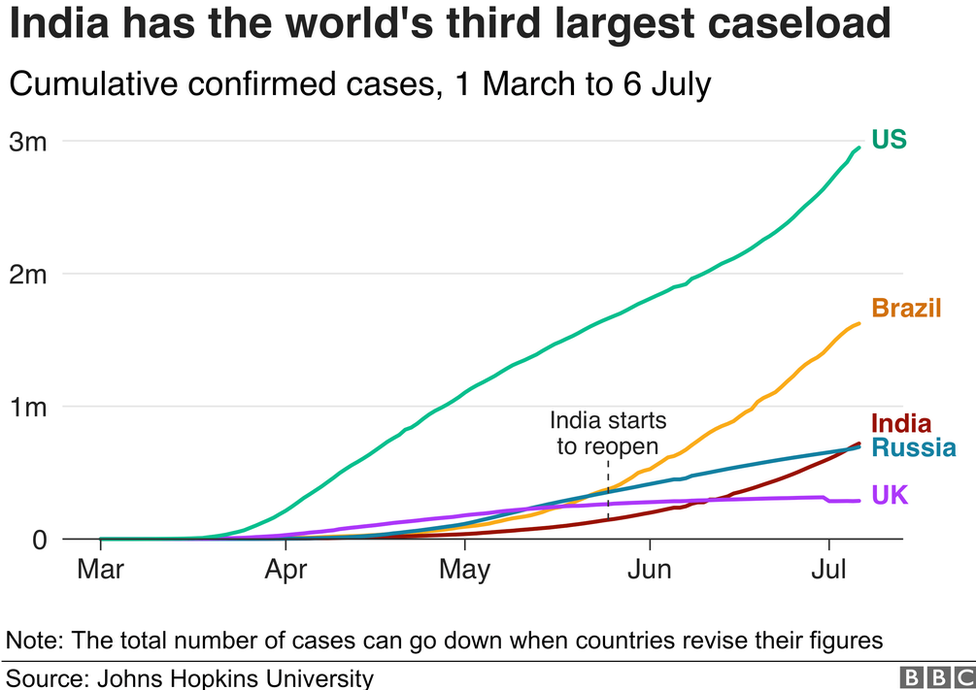 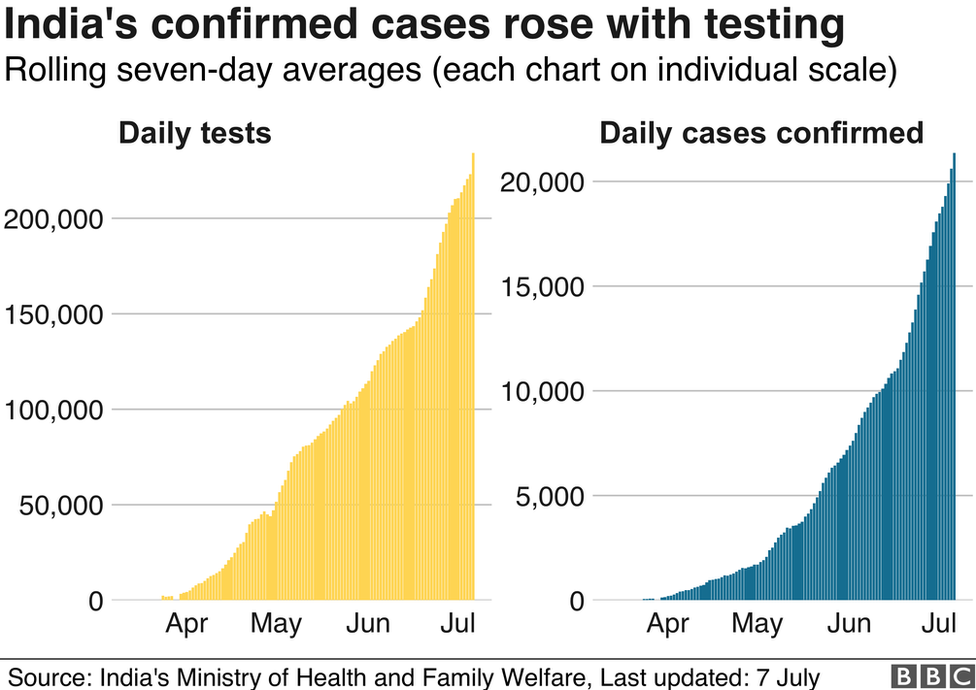 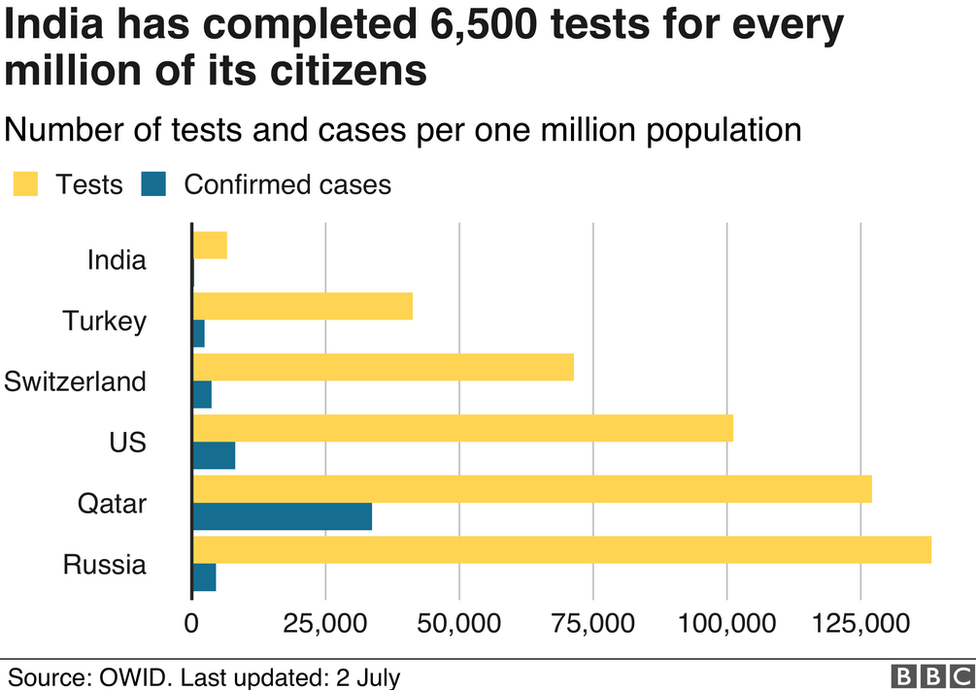 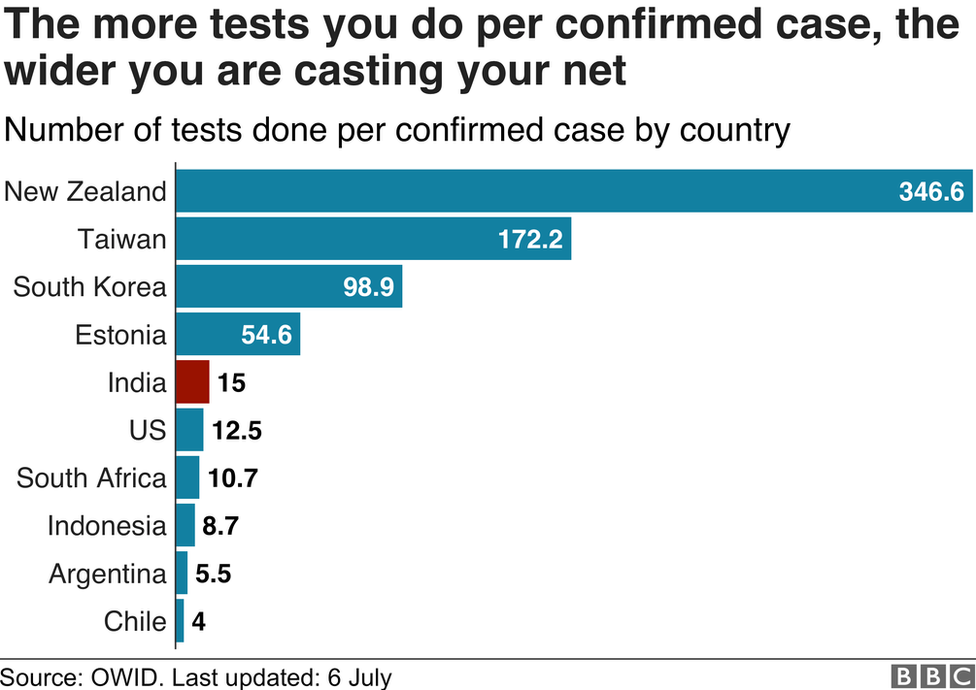 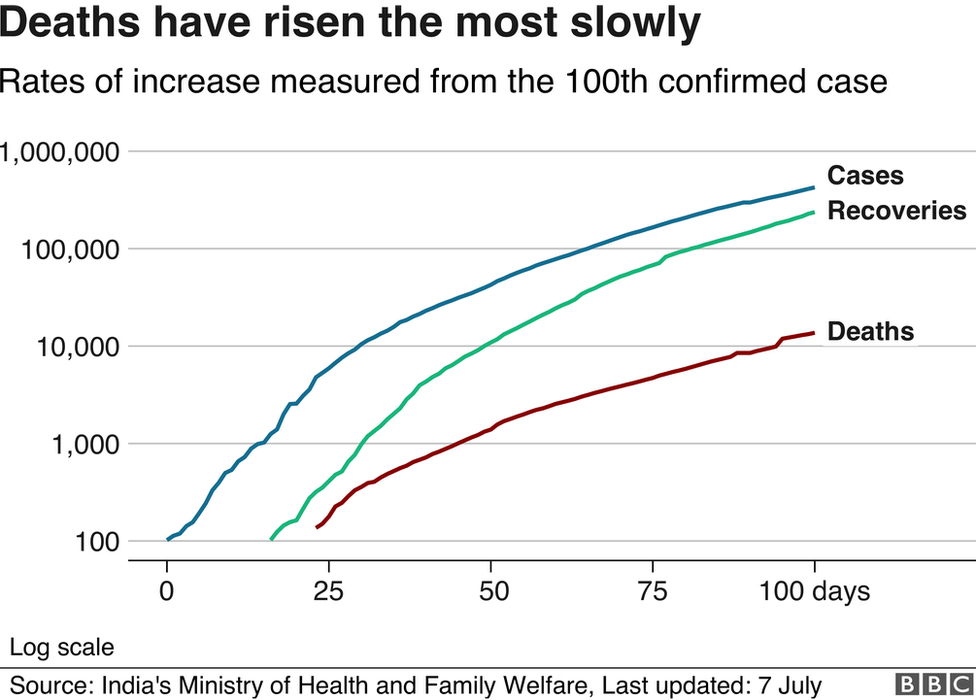 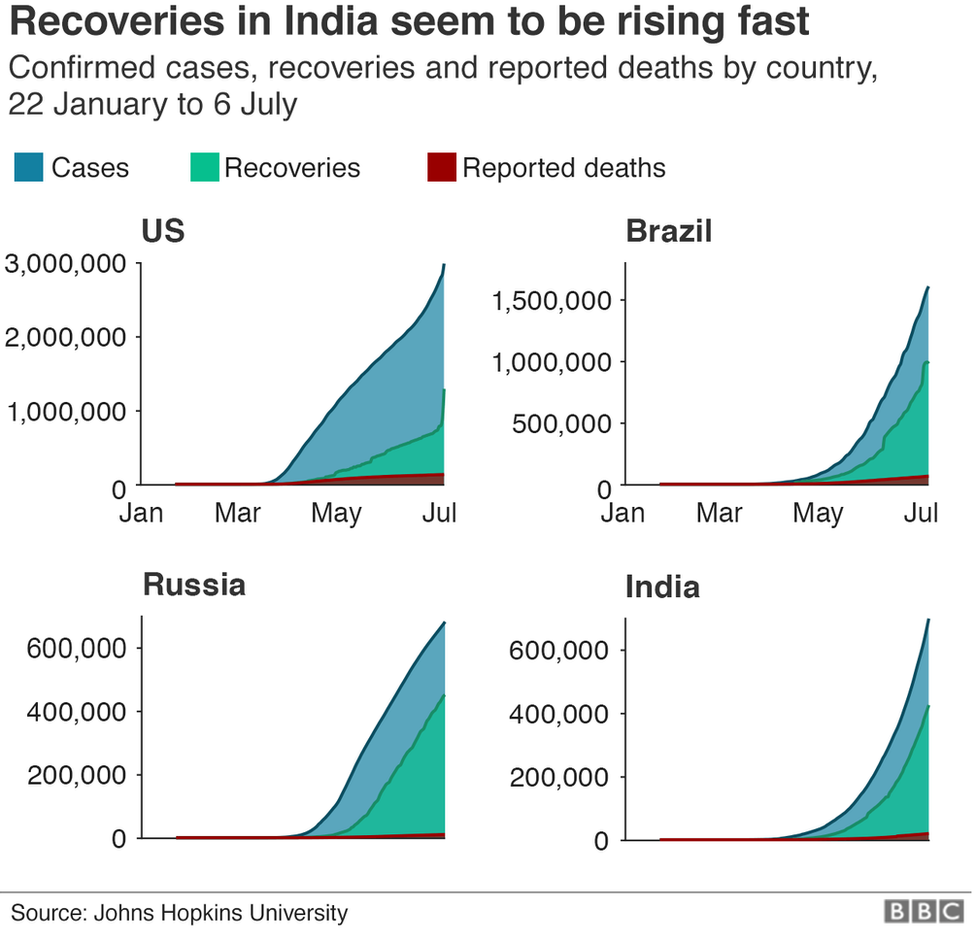 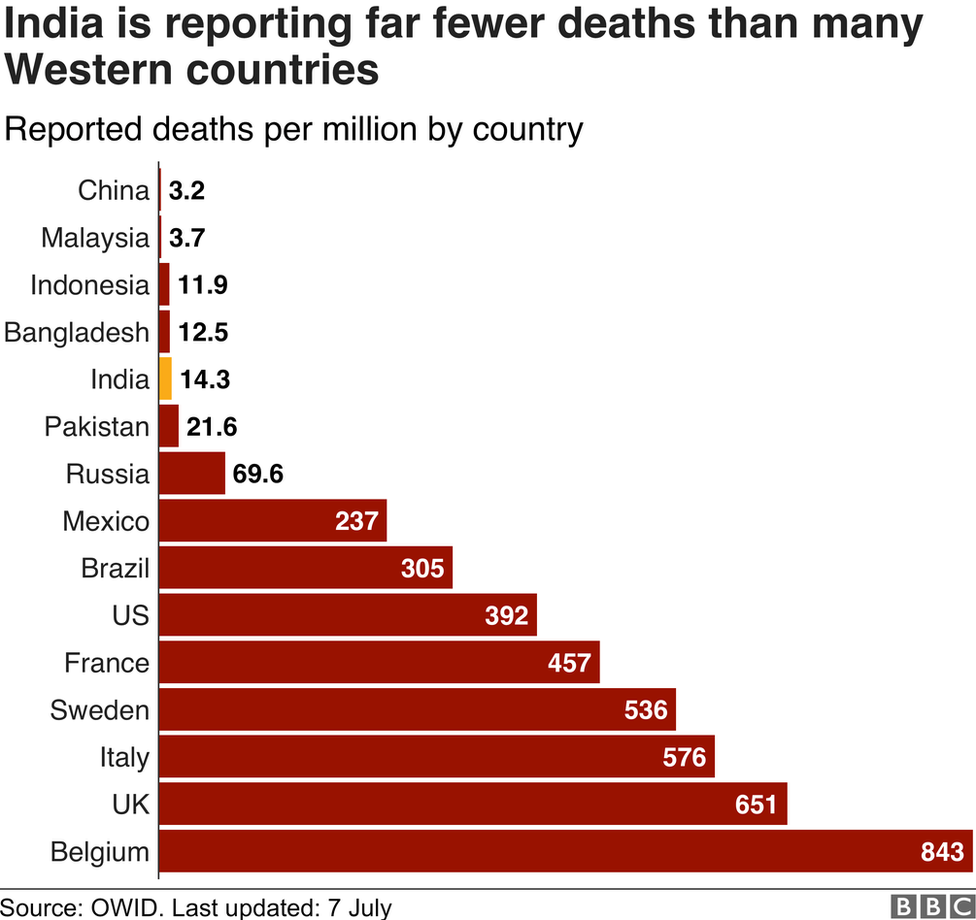 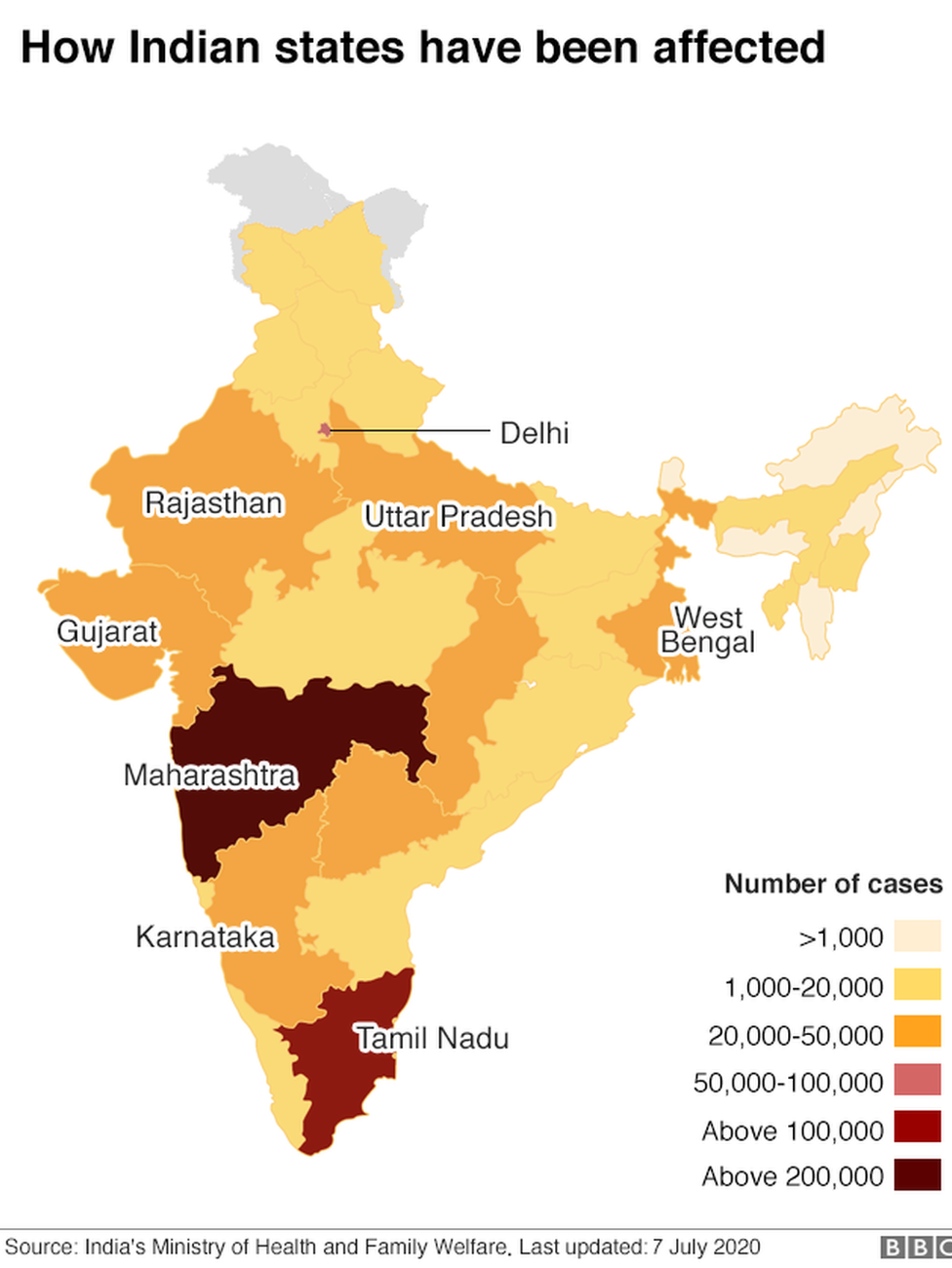 Coronavirus In Tibet: Limited Impact Of COVID-19 In High Altitude Regions Like Tibet?

Scientists are now investigating the link between COVID-19 and high altitude regions like Tibet after a study published in the journal Respiratory Physiology and Neurobiology suggested that there is a decrease in prevalence and impact of COVID-19 in populations living at higher altitudes.

The study takes into consideration the COVID-19 cases in Tibet and high-altitude regions of Bolivia and Ecuador in comparison to the low lying regions. It suggested that the population in Bolivia, Ecuador and Tibet living above 3,000 meters (9,842 feet) reported significantly lower levels of confirmed infections than their lowland counterparts.

In the plateau region of Tibet, Qinghai and part of Sichuan, with a population of 9 million, there are only 134 confirmed cases which are drastically low in comparison to the number of cases in rest of China.

Ecuador is one of the worst-hit countries by COVID-19 in South America with more than 40,000 confirmed cases and over 3,000 deaths. The centre of the virus is the Pacific port of Guayaquil. There are fewer infected cases in the capital Quito, which is about the same size but is 2,800 metres above sea level.

Similarly, Bolivia has over 10,000 positive cases with over 300 deaths. The cases are concentrated in Santa Cruz which is 400 metres above sea level. It is home to about 15% of the population of the country but accounts for two-thirds of the virus cases. Whereas, in La Paz and its surrounding area, which is a highland area in Bolivia, has about 500 positive cases.

The reason explored by the study includes environmental factors including dry mountain air, high levels of UV radiation and the possibility that lower atmospheric pressure reduces the virus’s ability to linger in the air.

“The reason for decreased severity of the global COVID-19 outbreak at high altitude could relate to both environmental and physiological factors,” states the study.

“At sea-level, when people get coronavirus and their lungs get destroyed, it is as if they are climbing Mount Everest in just a couple of days, without oxygen,” said Gustavo Zubieta-Calleja, one of the authors of the study published in the journal Respiratory Physiology & Neurobiology. But “the low rate of infection in Bolivia’s high-altitude population is remarkable and clearly does not follow the often exponential infection rates reported in many countries”, concluded the scientists.

However, experts have questioned these factors. “The virus likes people. It doesn’t care about altitude,” says Peter Chin-Hong, who studies infectious diseases at the University of California at San Francisco. “But we’re still learning so much about this disease, and this does provide us with some good clues to try and understand its progression,” he added.

According to Clayton Cowl, a pulmonologist at the Mayo Clinic and a former president of the American College of Chest Physicians, that the trend might be related to acclimatization, the body’s ability to adjust temporarily to altitude, than to DNA.

Just three populations in the world have been found to have genetic adaptations to altitude: Himalayans, Ethiopian highlanders and Andeans. This is why the coronavirus is exploding on Peru’s Pacific coast, particularly Lima, where most residents descend from Andean ancestors, while the country’s mountain communities are thus far not greatly affected by the virus.

Andrew Luks, professor of medicine at the University of Washington, said that while the proposed link was “intriguing”, it “by no means establishes that high-altitude residence or high-altitude locations are protective against coronavirus”.

With growing cases of COVID-19, Pakistan has signed a pact Bangladeshi firm to supply a generic version of remdesivir — a broad-spectrum antiviral medication that has shown to lessen the recovery time in coronavirus patients, reports the Dawn.

The drug – remdesivir, has been permitted emergency use authorisation by the US Food and Drug Administration (FDA) and authorities in Japan and the UK to treat patients with severe signs of COVID-19.

According to a statement released by Searle Company Limited, Pakistan, the company has signed an exclusive pact with Beximco Pharmaceuticals, Bangladesh.

It’s the first firm in the world to introduce the generic variant of the drug. Our pact will provide an instant supply of the drug at an economical rate and will assist the medics to treat COVID-19 patients without any delay, said Mohammad Sajid, officials ar Searle.

Remdesivir is a direct-acting viral drug that represses viral RNA (Ribonucleic acid) synthesis. It is administrated intravenously and is approved for the treatment of hospitalized patients with severe COVID-19 infection – the Dawn report says.

Searle, Sajid said, was aggressively taking the matter with the government officials of Pakistan for required approvals and was positive that in the current pandemic, the authorities would treat this matter on an urgent basis to support the drug availability.

The report acknowledges that Bangladesh has made extraordinary progress in the pharmaceutical sector in recent years. Some Bangladesh-based pharmaceutical corporations, they said, were approved by the FDA and exported their products to the US.

Remdesivir is presently undergoing clinical trials around the world. Early research indicated it can cut recovery time by about four days, but so far there has been no concrete proof that it will save more lives.