The Western media and many countries had raised a hue and cry when India revoked the temporary special status of Jammu and Kashmir in August 2019 but there is hardly any discourse on what happens on the other side of the Line of Control, in Pakistan-administered-Kashmir.

Gilgit-Baltistan, part of the disputed Kashmir region, has been under Islamabad’s control ever since 1947. The Imran Khan government recently announced that it would give the status of a province to Gilgit-Baltistan so that its 1.5 million residents can enjoy the same rights as the rest of the Pakistanis.

But there are’s more to this than meets the eye. For instance, for the past few days, people in Pakistan-occupied Gilgit Baltistan have been holding violent protests across the region against Prime Minister Imran Khan-led federal government over “rigged” assembly elections, Hindustan Times reported, quoting news agency ANI.

Khan’s party Pakistan Tehreek-e-Insaf (PTI) has won a majority of the 23 assembly seats and is poised to form the government, according to the report. The opposition has termed the elections rigged and accused the government of the blatant misuse of power.

Meanwhile, the Pakistan government has released political activist Baba Jan after nearly a decade of what was seen as unlawful imprisonment. Baba Jan’s arrest had sparked global controversy, with protests in Gilgit-Baltistan for his immediate release as recent as September this year, according to ANI.

He was serving life imprisonment along with others after being convicted by an anti-terrorism court over the mass demonstration against the government’s silence in the Attabad incident that left thousands homeless. The massive landslide blocked the Hunza River and submerged several villages in January 2010

Pakistan’s decision to declare Gilgit-Baltistan a province is aligned with the Chinese interest, which is likely to exploit the region for its own benefits. The region is strategically important to China as it is the sole overland access to the strategic waters of the Middle East, a gateway to China’s oil imports via the Karakoram Highway.

A meeting of Pakistan Army Chief Gen Qamar Bajwa and Chief of the Inter-Services Intelligence (ISI) Lt. Gen. Faiz Hameed with 15 key opposition leaders last month on China-Pakistan Economic Corridor (CPEC) suggests that its decision to make Gilgit Baltistan (GB) fifth province is more for the benefit of China than for the people of the region. 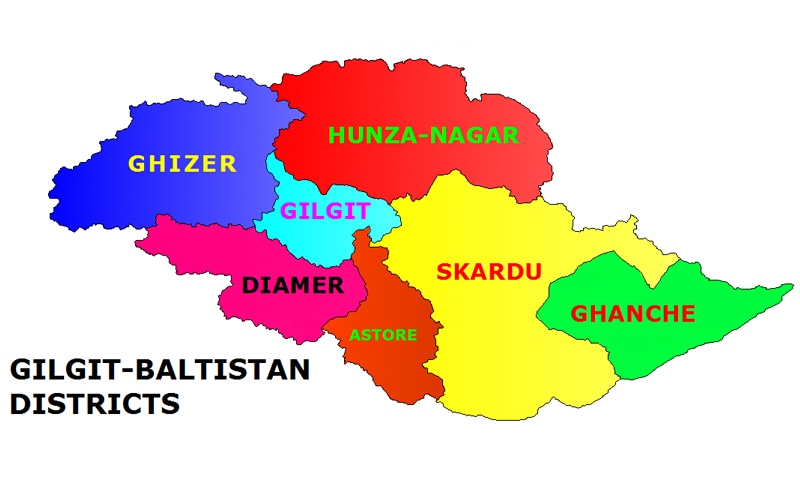 As part of its Belt and Road Initiative, China has pledged $50 billion for the CPEC project. Gilgit Baltistan has a pivotal position in the project but none of those billions have been spent in the region. The local people believe that the region is set to witness a geopolitical storm.

China has often raised objections over the territory due to its conflicted status. Like the PoK, Gilgit-Baltistan has also been claimed by India for a very long time and has accused Islamabad of illegally controlling the territory.

India Lays Claim To The Region

Prime Minister Narendra Modi has repeatedly announced India’s desire to control the region. Defense Minister Rajnath Singh had also reiterated last week that “Pakistan has an illegal occupation of Gilgit-Baltistan. Pakistan is now going to make Gilgit-Baltistan a state. Our government has said that the entire PoK [Pakistan occupied Kashmir] including Gilgit-Baltistan is an integral part of India”.

People believe that in spite of the announcement of declaring the region as a province, there is little chance that the local population of the region will get any power. The recently elected regional assembly has a limited legislative scope and remains dependent on federal grants with no permission to raise revenues independently.

The region has tax-free status but Pakistan’s government collects more than US$200 million a year in customs duties on overland trade with China, rather than allowing the Gilgit-Baltistan government to accrue the revenue, Tom Hussain wrote in South China Morning Post.

He highlighted that the youth of the region have been deprived of holding office-rank positions since Gilgit-Baltistan’s civil service has been inundated by federal officials deputed to the region.

There are many ways that Pakistan has attempted to change the demography of the region. The Shia-dominated region has federal judges outnumbering their local colleagues, and they have a tendency of hiring staff from Pakistan rather than from Gilgit-Baltistan.

Another, more violent example, is the 1988 Gilgit Massacre when hundreds of Shias of Gilgit were killed by the Pakistan Army backed Sunni Tribal militias. In 2012, 18 Shia Muslims from Gilgit Baltistan were dragged out of a bus in Kohistan, Khyber Pakhtunkhwa, and were shot dead by armed militants belonging to Jundullah, a radical Sunni militant with links to Tehrik-e-Taliban Pakistan.

Further, the rapid sale of the property at low prices led to the exploitation of the area’s poor residents at the hand of the powerful people. Little has been done to protect the property rights of the locals. Rather a political loophole of the 1950s deprives Gilgit-Baltistan of their exclusive right to land ownership in the region while in Pakistan-occupied Kashmir, land ownership is reserved for locals.

With a protracted border dispute between India and China along the Line of Actual Control in Ladakh, political activists in Gilgit Baltistan fear that it will also become a battle zone. The Indian-administered region is separated from Pakistan-governed Gilgit-Baltistan only by the high altitude battlegrounds of the Siachen Glacier.

Nawaz Khan Naji, the founder of the Balwaristan National Front, a small Gilgit-Baltistan-based party that advocates independence for the region, told SCMP that Gilgit-Baltistan is in the crosshairs of all the major powers because of CPEC.

In the 1999 Kargil war, dozens of Gilgit-Baltistan soldiers were slaughtered while withdrawing from Kargil heights without the protection of covering fire from Pakistani forces. However, the sacrifices of the people of the region have not been reciprocated and a similar thing would happen if the region becomes a hotspot.

The Chinese interests in the region are going to cause loss to the people one way or the other. The CPEC’s projects like the Diamer-Bhasha dam in the ecologically fragile and seismically active zone, which also has the potential to create major devastation in the region due to deforestation, will result in climate changes, eventually destroying their habitat.