Ahead of the Victory Day Celebration on May 9, the Russian forces could be looking to reach a decisive end to the Ukrainian conflict, for President Putin to declare a ‘victory’.

US ‘Hits Back’ At China With Air-Breathing Missile; Sets A Deadline To Field Its Hypersonic ‘HALO’ Weapon

Amid the high-octane tensions, photographs of a Russian submarine being loaded with nuclear-capable missiles in Crimea paint a chilling picture for Ukraine.

Russia’s ‘nuclear-capable’ Kalibr missiles, possibly planned for use against Ukraine, can be seen being loaded into a Russian submarine. According to the Ukraine Now Telegram channel, the Veliky Novgorod submarine in the photo was docked at Sevastopol port in Crimea at the time.

The channel said: “Russian Kalibr-type cruise missiles were loaded onto the Veliky Novgorod diesel-electric submarine – the very ones bombing the peaceful cities of Ukraine.”

Ukraine’s Yug operation command said: “By blocking shipping, conducting surface situation detection and aerial reconnaissance, [the Russians] continue to carry the threat of a missile attack on almost the entire territory of Ukraine.”

The photographs become significant ahead of the Victory Day in Russia in the run-up to which Moscow has been flexing its military might. Russia demonstrated a large intercontinental missile as part of its preparations for its Victory Day when Vladimir Putin could declare the invasion of Ukraine a “success”.

Additionally, tensions ran high last week when Russian President Vladimir Putin boasted that his country’s “unstoppable” Satan 2 ballistic missile or Sarmat which could raze an area the size of the United Kingdom to the ground.

Some other reports indicate that these photographs of the Russian submarine being integrated with Kalibr missiles are an answer to a similar move pulled off by the UK.

The British Royal Navy’s new £1 billion submarine – HMS Audacious was spotted being armed with deadly Tomahawk cruise missiles in what appeared to be a show of might.

The Russian insistence that Ukraine is up for more missile strikes had led to anxiety among the defending troops. Last week, news reports had revealed that at least four Russian Federation (RF) submarines carrying Kalibr cruise missiles had left port and submerged in the Black Sea, raising the prospect of another wave of long-range assault on Ukrainian targets.

It was noted that the Russian submarines were last seen traveling west after leaving their home base in the Crimean peninsula, according to Serhiy Bratiuk, a spokesman for the Odesa regional defense administration, Kyiv Post reported.

To put things in perspective, the British Ministry of Defense indicated in a statement released on April 23 that the Kremlin would undoubtedly explore means to punish Ukraine’s sinking of the RF cruiser Moskva, the Black Sea Fleet’s most powerful vessel, on April 14.

While the further plan of action of Russian Submarines remains unknown, an intense assault from Russia to register a decisive win ahead of the Victory Day remains a very real possibility.

President Putin has justified the invasion as an effort to wipe off Neo-Nazis and terrorists in Ukraine. Even though the Russian troops have been pushed back from Kyiv, they have registered significant gains in the Eastern Ukraine region. 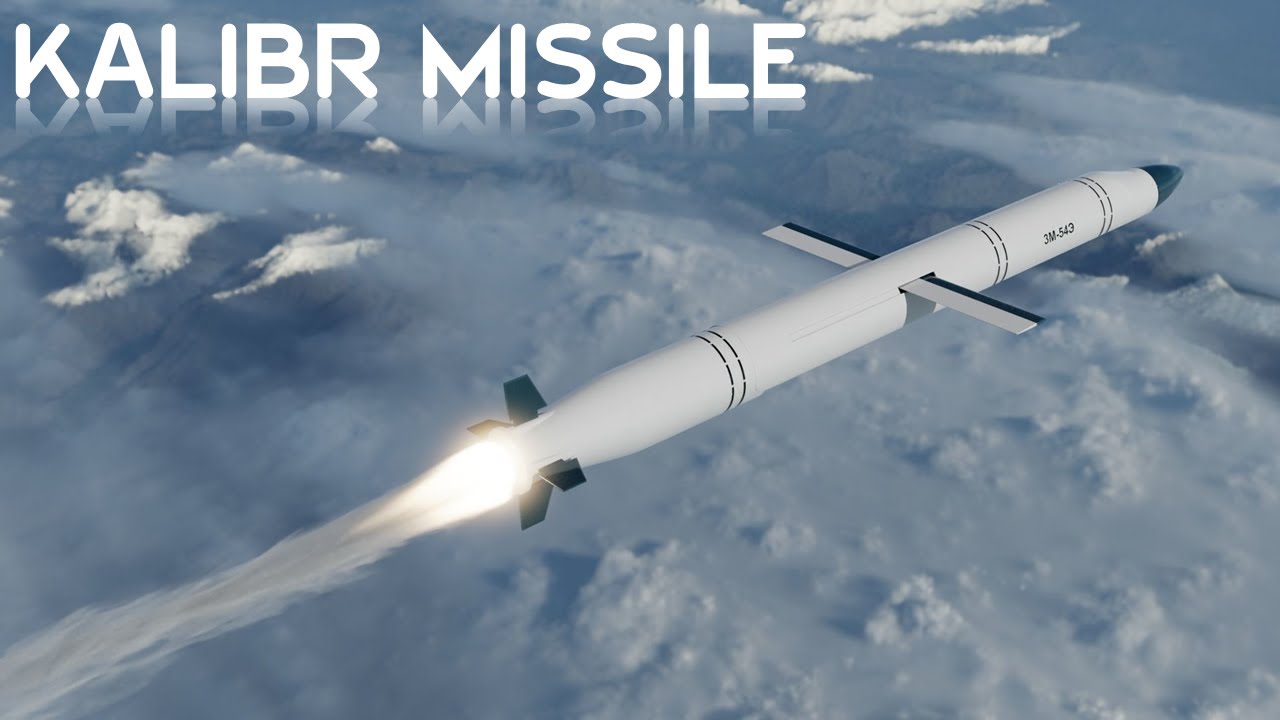 The threat of Kalibr being used to bomb Ukraine also raises fear of a nuclear attack as both nuclear and conventional warheads can be carried by the Kalibr. President Putin had earlier caused concerns when he activated his Nuclear Strategic Command in response to crippling sanctions imposed by the West.

According to Russia’s Defense Ministry, the Kalibr missiles were launched from ships in the Black Sea off the coast of Crimea at Ukrainian military infrastructure on more than one occasion in the last month.

Long-range precision weapons were apparently used in strikes on a facility in Nizhyn, Chernihiv state, 116 miles northeast of Kyiv, between the evening of March 19 and the morning of March 20. In another incident, A Buyan-M-class small missile ship fired about 8 rounds of Kalibr missiles in the Black Sea in late March.

Ukrainian Operational Command "South" reported the number, adding that there is still a threat of missile strikes from the sea.

NATO has called the high-grade missiles ‘The Sizzler’ because they can move at up to five times the speed of sound and are extremely powerful.

The Kalibr missile, which is launched from Russian ships and submarines in the Black and Caspian Seas, is tough to intercept. The Kalibr can dodge enemy radar systems by flying low and quickly and delivering a precise and destructive payload.

Any future Kalibr strikes planned by Russia might allow it to achieve a twin objective – avenge the destruction of its Moskva flagship in the black sea and achieve objectives against targets in the Eastern Ukrainian region along the black sea that it could use to declare success on its Victory Day next month.