US Department of Defense (DoD) said in a new report that China is actively investing in the expansion of its nuclear arsenal and plans to acquire up to 700 warheads by 2027 and 1000 warheads by 2030.

“The accelerating pace of the PRC’s [China’s] nuclear expansion may enable the PRC to have up to 700 deliverable nuclear warheads by 2027. The PRC likely intends to have at least 1,000 warheads by 2030, exceeding the pace and size the DoD projected in 2020,” the report said.

In the last China report, the Pentagon had expected China’s nuclear arsenal to be in the “low-200s” and would “at least double” over the next decade. The new report demonstrates that China is expanding its nuclear capability at a much faster pace.

“We’re witnessing one of the largest shifts in global geostrategic power that the world has witnessed,” Joint Chiefs Chair Gen. Mark Milley said at the Aspen Security Forum just hours before the report’s release. The rise of Chinese military capabilities and aggressive diplomacy represents “a fundamental change” for global stability, he said.

Additionally, China may already possess a nascent “nuclear triad,” including a nuclear-capable air-launched ballistic missile as well as technological improvements of its ground and sea nuclear capabilities.

“The PRC has possibly already established a nascent “nuclear triad” with the development of a nuclear-capable air-launched ballistic missile (ALBM) and improvement of its ground and sea-based nuclear capabilities,” the report prepared for Congress said.

Earlier, Nicholas Burns, a nominee for US ambassador to China said that Beijing’s ongoing nuclear weapons buildup, its development of hypersonic missile technology, and economic dominance should be matters of concern for Russia. 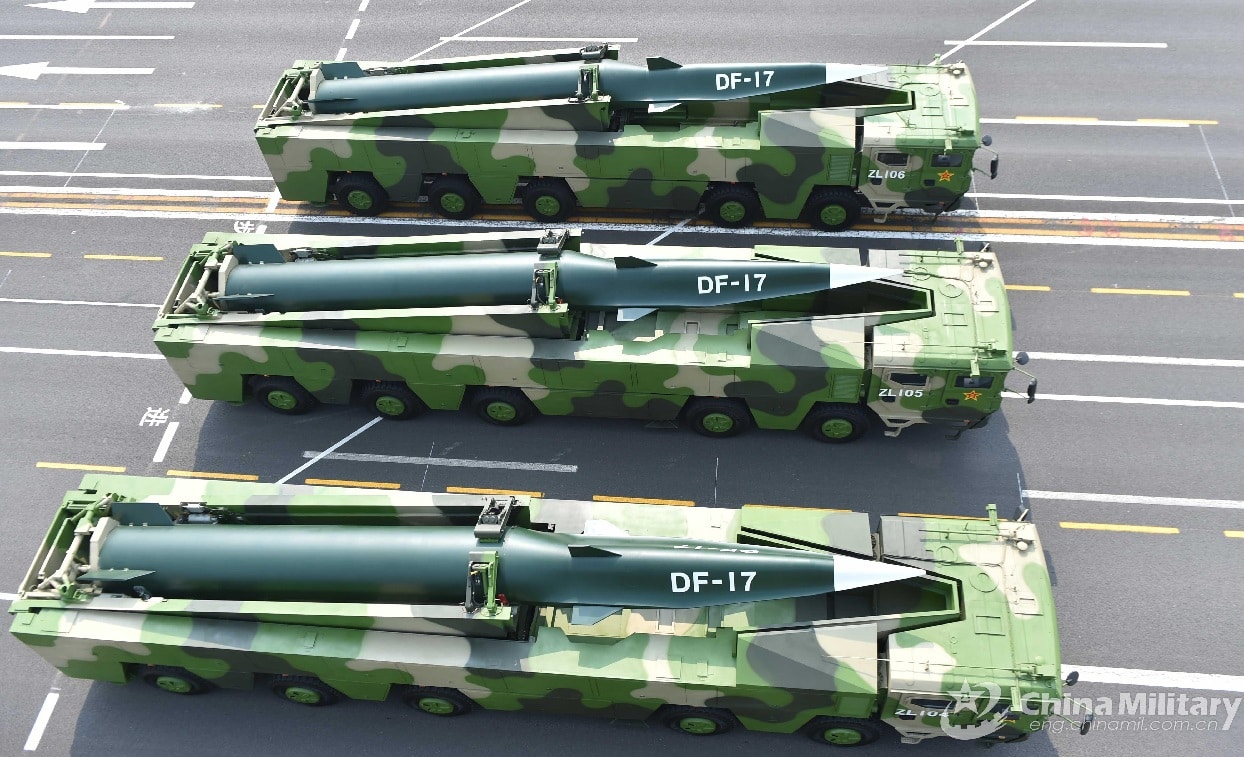 “The Russians are going to have to worry long term about economic domination of Russia by China,” Burns said during a Senate hearing. “[T]he Russians ought to be worried about a Chinese nuclear weapons buildup in the western part of China, about the hypersonic missile …, and the fact that China is completely unconstrained.”

Former Under State Secretary for Political Affairs Burns, a career diplomat, has been nominated by President Joe Biden to be US ambassador to China in August. Following the nomination, China expressed its hope that the new ambassador will play a “constructive role” in improving the significantly deteriorated relationship between Beijing and Washington.

The situation on the Korean peninsula can quickly turn bad and that is why the United States, together with South Korea, maintain a high degree of military readiness, US Joint Chiefs of Staff Chairman Gen. Mark Milley said on Wednesday.

“[Seventy percent] of North Korean military is within miles of the DMZ [Demilitarized Zone]. So, bad things could happen on the Korean peninsula on relatively short notice. So, we always maintain a very, very high state of readiness,” Milley said during an Aspen Forum discussion.

Milley noted that the US and South Korean militaries are capable of dealing with any threat that North Korea can pose on the peninsula.

At the same time, Milley said he believes the North Korean leadership is stable at present and maintains good control over its military which makes it improbable Pyongyang will resort to aggressive action.

The United States and South Korea have said they remain committed to complete denuclearization of the Korean peninsula.

In October, US Ambassador to the United Nations Linda Thomas-Greenfield reiterated that Washington was open to dialogue with Pyongyang without any conditions and held no hostile intent. However, the US ambassador called on North Korea to refrain from further provocations after Pyongyang recently tested a submarine-launched ballistic missile.