The UK is planning to remove a Chinese company from a £20 billion ($27B) nuclear power plant project, a move that reflects the growing discontent against the communist country in the West.

The British government is reportedly looking for financial advisers to help them raise billions of pounds for the proposed Sizewell C nuclear plant in Suffolk, as it seeks to remove the involvement of  China General Nuclear Power Group (CGN), a Chinese state-backed energy group, from the project.

CGN was supposed to develop the £20 billion Sizewell C plant in Suffolk. The existing joint venture between EDF, a French multinational energy company, and CGN will be replaced by a new entity, reported Financial Times.

The project is still in the planning and development phase. Under the current structure, EDF has 80% stakes in the company, with the Chinese group owning the remaining 20%.

The UK is looking to alter this structure, under which the British government and EDF would take a 20% ownership each in the new entity, ending CGN’s stakes in the project. According to the report, the government is on the lookout for investors for the remaining 60% holding.

Stephen Billingham, former finance director of British Energy, the entity that owned the UK’s nuclear reactors before they were acquired by EDF in 2008, will lead the new company.

EDF and the UK government are hoping to lure private investors to Sizewell C by using a “regulated asset base” concept that has already been utilized to fund other infrastructure projects such as gas networks and airports. The concept guarantees private investors a consistent rate of return from the start, although it is controversial since customers contribute to the project’s finance through a surcharge on their energy bills long before it is completed.

The existing nuclear facilities in the UK are owned by EDF along with Centrica, a British energy company. The company had to shut down many plants ahead of schedule. As a result, there has been an increasing push to build more nuclear power plants in recent years.

The remaining six active power stations account for roughly 16% of the UK’s total generating capacity. However, when Hinkley Point B in Somerset closes in July, this will reduce much more, with four of the remaining five facilities expected to close by March 2028. 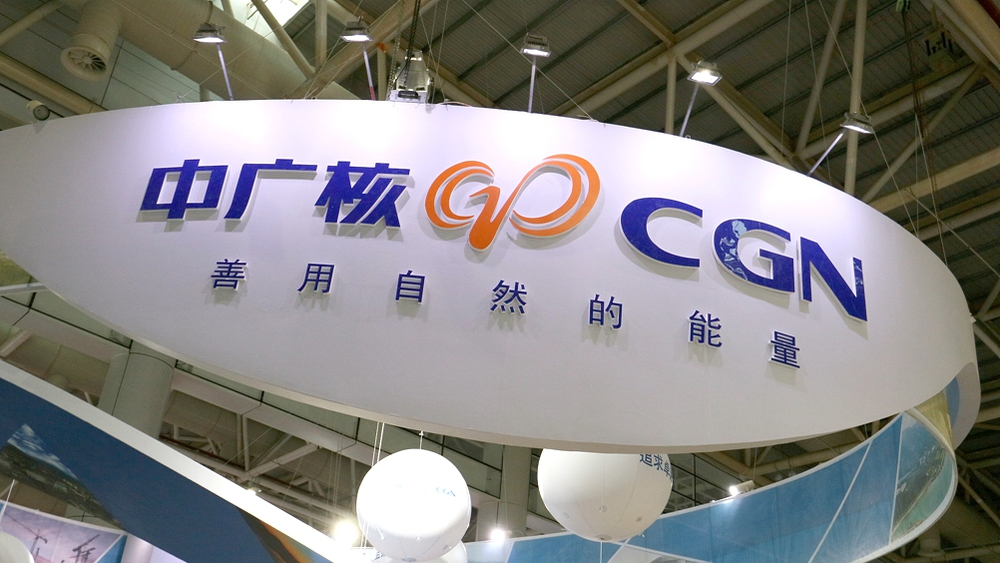 CGN is anticipated to remain a stakeholder in Hinkley Point C, a 3.2-gigawatt nuclear power station being built by EDF in Somerset, southwest England. It is the first and only nuclear reactor under development as part of a proposed new generation of nuclear reactors.

The Chinese firm is funding a third of the plant’s costs. However, the project is nine years behind schedule. CGN’s expertise of the European Pressurized Reactor (EPR) technology, a Franco-German design employed at Hinkley Point C, is also deemed vital for the project. CGN was the first to manufacture operational EPRs at a plant in Taishan, China.

With the war in Ukraine contributing to already high gas costs, the need to move forward with Sizewell C, which will also utilize EPR technology, has gained new momentum.

Anti-China Sentiments In The West

Sizewell, which would eventually power 6 million homes, has faced criticism from local protesters due to concerns over its cost and China’s involvement. In 2020, the government announced a ban on Huawei, a Chinese telecoms equipment manufacturer, from participating in its 5G mobile phone network, citing national security concerns. Since then, CGN’s role in the UK’s civil nuclear program has come under scrutiny.

In 2019, the US blacklisted CGN following allegations that it had stolen US technology for military purposes. Sizewell C project would require US investors, according to Simone Rossi, head of EDF’s UK arm, which would be difficult to find, if CGN remained involved.

In 2020, former US Secretary of State Mike Pompeo urged Britain to pick sides in the nuclear technology competition, saying the US “stands ready to assist our friends in the UK with any needs they have.” Demand for China’s exclusion from nuclear power projects has further increased during Joe Biden’s administration, with officials from the US construction firm Bechtel joining hands with Westinghouse, a US nuclear reactor firm.

The Guardian previously reported that Britain was in negotiations with Westinghouse about developing a new nuclear power station on Anglesey, Wales, as the government strives to lessen its reliance on fossil fuels and exposure to volatile gas prices.

The latest decision will certainly increase tensions between London and Beijing. Earlier, China had expressed displeasure after the UK’s decision to join the AUKUS nuclear submarine pact with the United States and Australia.