China Aggressively Competing With India For a Major Stake in Mauritius

About 70 per cent of the population is descended from indentured Indian labourers taken there by the British who ruled the island from 1810 to 1968.

India’s Prime Minister Narendra Modi on a visit to the island in 2015, described Mauritius as “Little India”. As such, ties with the political elite, most of whom are ethnic Indian, are deep. But Mauritius, which also has a small but economically significant Chinese community, was one of the first nations to establish diplomatic relations with Beijing in 1972.

China has historically been an important partner of the former British colony that is tipped to become the first developed country in Africa.

In 2015, China became the biggest exporter to the country, nudging India from the top spot.

“We have to play it well,” said York Shin Lim Voon Kee, chief executive of Mauritian financial and fiduciary services company Intercontinental Trust. “We are a friendly nation. All the communities live peacefully on this island. We don’t have any problem with any superpower. All the big embassies are present here.”

Still, as naval build-ups in the Indian Ocean by both Asian giants continue, Mauritius needs to navigate the shifting waters with care. 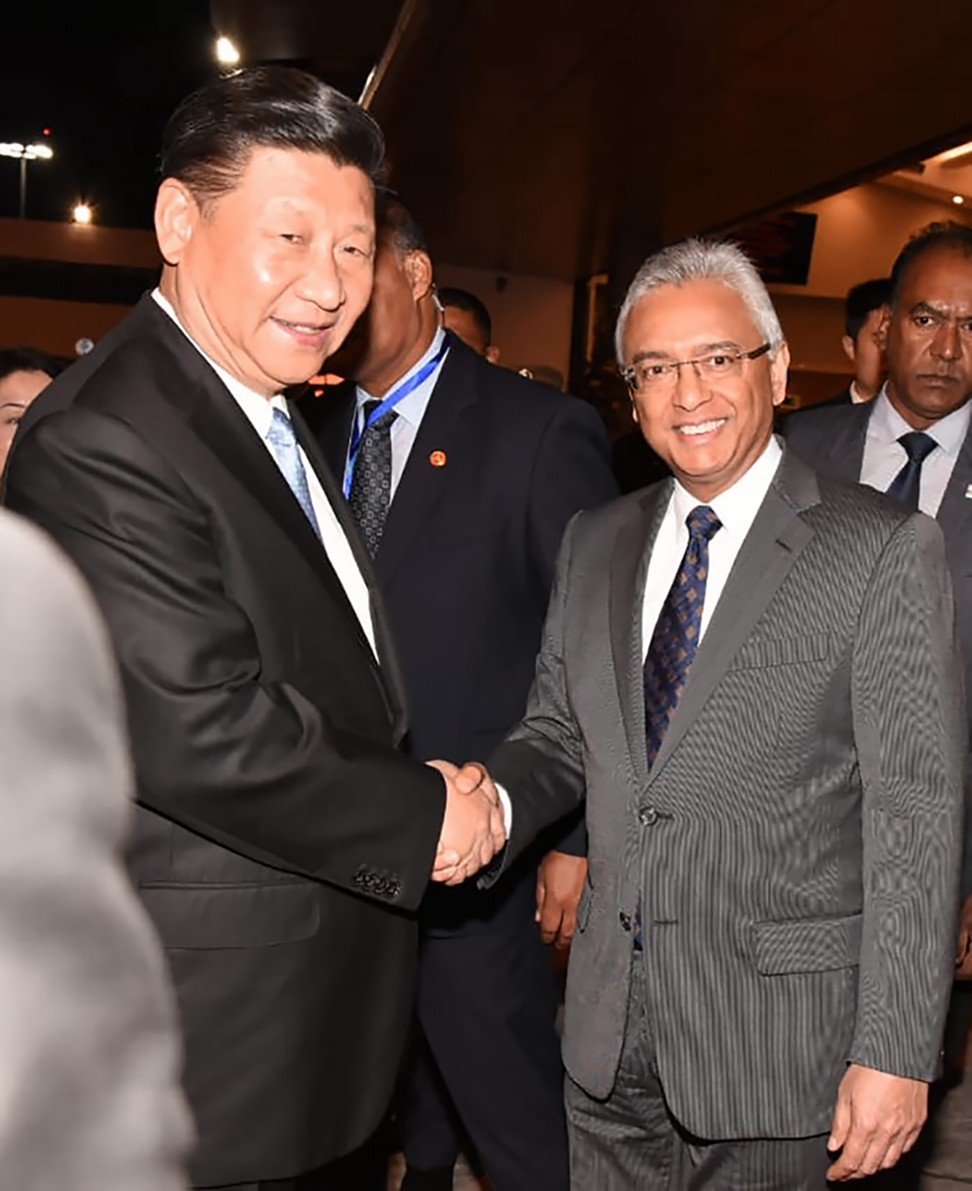 Mauritius is a stable democracy with a free press. But when it comes to China, part of the government’s strategy seems to be to say as little as possible and avoid mentioning much about President Xi Jinping’s massive infrastructure plan, the “Belt and Road Initiative” – and Mauritius’ place in it.

In line with both China and Mauritius’ softly-softly approach to their growing ties, Xi ended a five-nation tour to the Middle East and Africa in July with a one-day “friendly visit”.

Even though it was not official, Port Louis pulled out all the stops, with Chinese flags lining the streets and a sumptuous banquet in the president’s honour at the Hilton Hotel in the coastal resort of Flic-en-Flac, where Xi’s entourage filled most of the rooms.

“Mauritius has never said it will take part in [the belt and road plan],” said Donald Ah Chuen, chairman of ABC Bank. “But at the same time it needs China’s support and because of its affinity with India, it has to play its diplomacy very carefully indeed.”

Ah Chuen comes from one of Mauritius’s oldest and most influential Chinese families.

His office in Port Louis has a good view of the harbour. It is, he agrees, an open secret that China will be involved in developing the port.

The Mauritian government recently announced it was investing 47 billion Mauritian rupees (US$1.3 billion) to turn the harbour into a major hub between Asia and Africa.

“Chinese goods exports could come through the commercial docks at Port Louis before being re-exported and thereby avoiding most external tariffs,” risk management company Fitch Solutions said on its website last year.

“Mauritius has itself been trying to be a major trading platform and transshipment hub for Africa,” he said. “It is first and foremost a Mauritian interest but it will also meet the Chinese interest as well.” Darga said Chinese shipping giant Cosco could eventually run the port, which would be a win-win situation for Mauritius’ ambitions to be the gateway to Africa for Asia, and Beijing’s ambition to be the dominant foreign power on the continent.

Over the years the relationship has developed with China funding a new terminal at Mauritius’ international airport through a US$260 million loan.

Other important Chinese investments include telecoms giant Huawei establishing its African headquarters on the island.

Mauritius hopes to use its membership of the South Africa Development Commission and other African economic entities, as well as its favourable tax status and lack of exchange controls, to attract more Chinese investment.

“We are Africa but at the same time we are out of Africa,” Ah Chuen said. 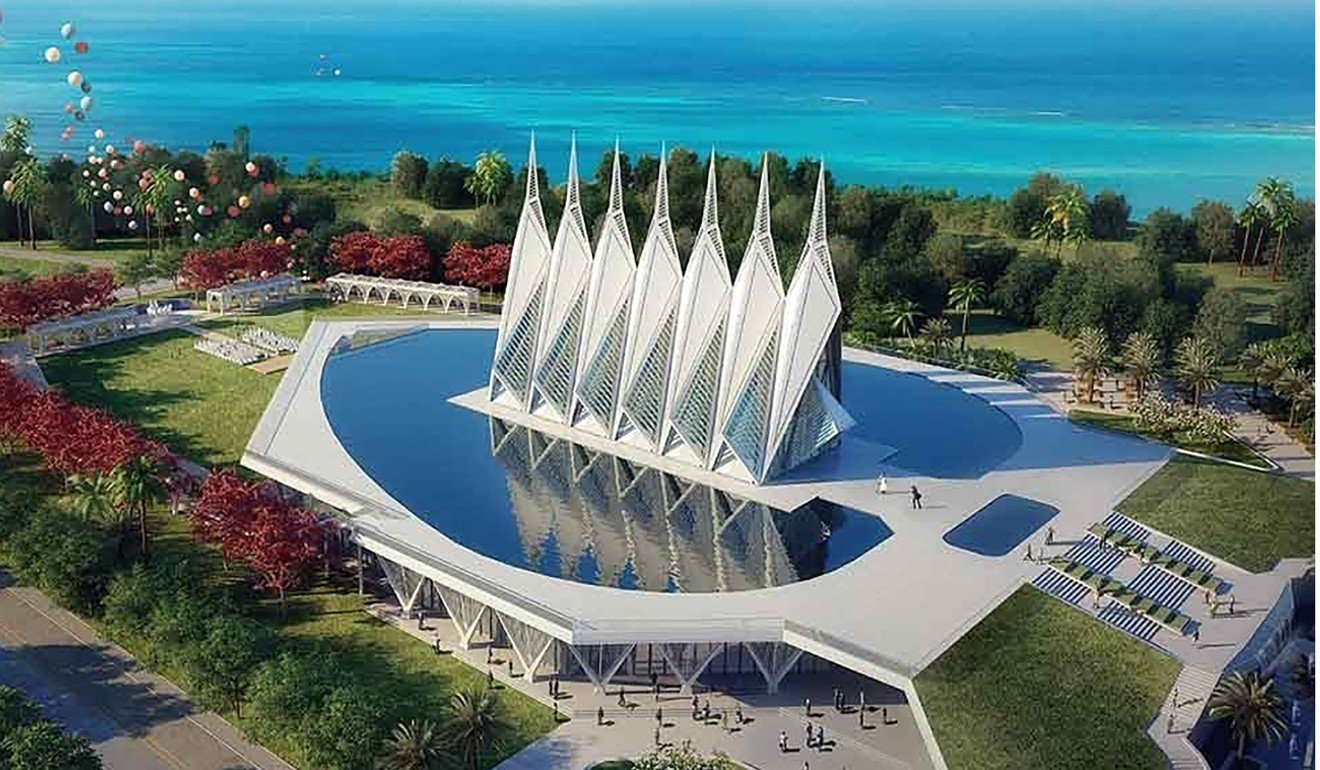 After years of stalling, Jin Fie Smart City, built by China for Chinese companies on the coast a few kilometres west of Port Louis is finally happening.

China has financed a sports complex and stadium in Mauritius and is developing a fishing port in the north east of the island.

How Mauritius became a hotbed of Chinese food

India had dominated investment flows to Mauritius since it opened up as an offshore centre 30 years ago but recent changes to capital gains taxation in the two countries’ tax treaty means those investments are decreasing and Chinese and African companies are filling the void.

Not to be left out, India is funding the development of Metro Express, a light rail service linking Port Louis with Curepipe, the second largest town on the island. 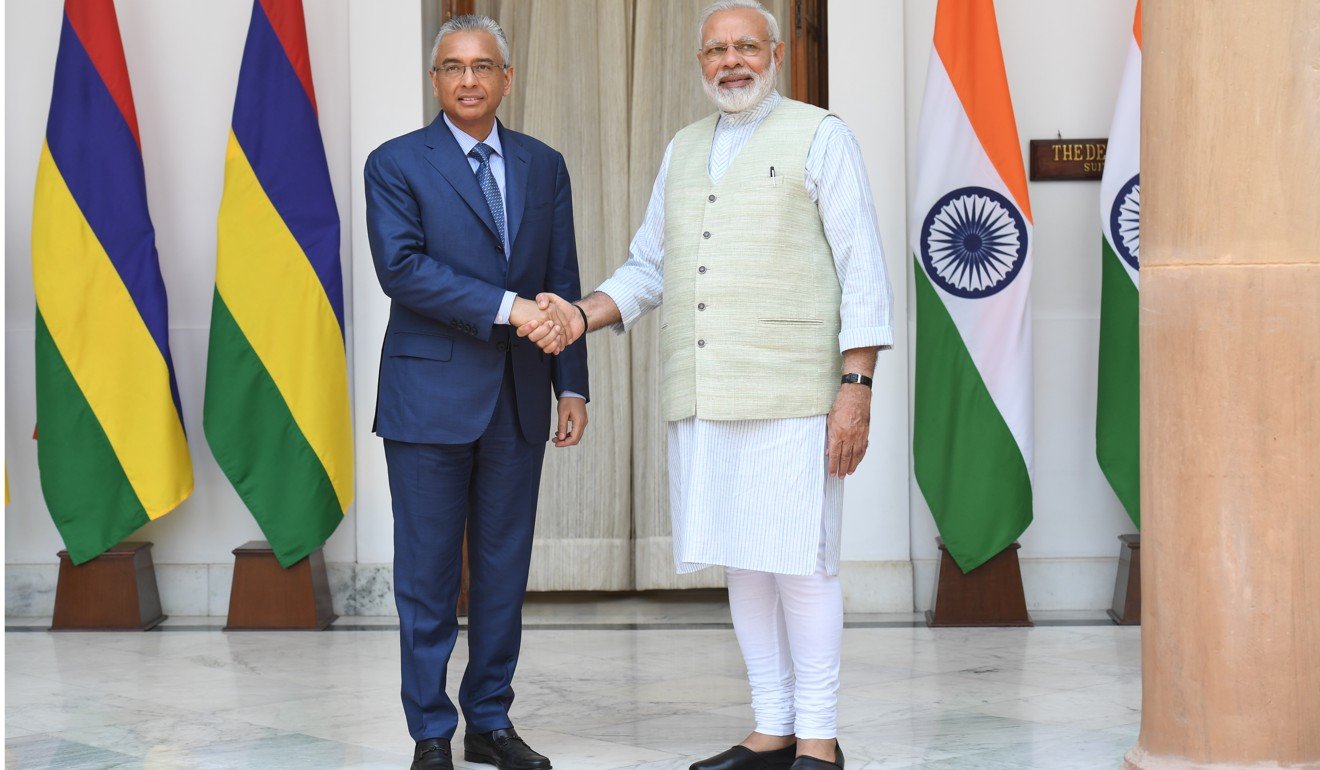 More controversial are India’s plans to boost security for its shipping in the Indian Ocean.

About 70 per cent of worldwide seaborne oil traffic and almost half of all commercial cargo transit these waters.

For India, which can only transport south, control of the ocean is of vital strategic importance.

Having suffered a setback in the Seychelles, where an agreement to allow New Delhi to build a military base was blocked by protests, India is planning to extend the runway on Mauritius’s outlying Agalega islands and build a jetty.

New Delhi has pitched the development of the new facilities, which go far beyond the needs of the islands’ population of about 300.

Opposition politicians in Mauritius have raised concerns India may be trying to build a military base there.

A report in Indian newspaper The Hindu in October said New Delhi will spend US$87 million on the project with two Indian companies and construction is due to start in 2019.

Agalega islanders worry they will suffer the same fate as the former population of the nearby Chagos islands when the UK took control in 1965.

They were driven out by the British, with many settling in Mauritius and the Seychelles, an event still bitterly contested today. The International Court of Justice is currently deliberating Mauritius’s claim to the islands, one of which was turned into a US military base. 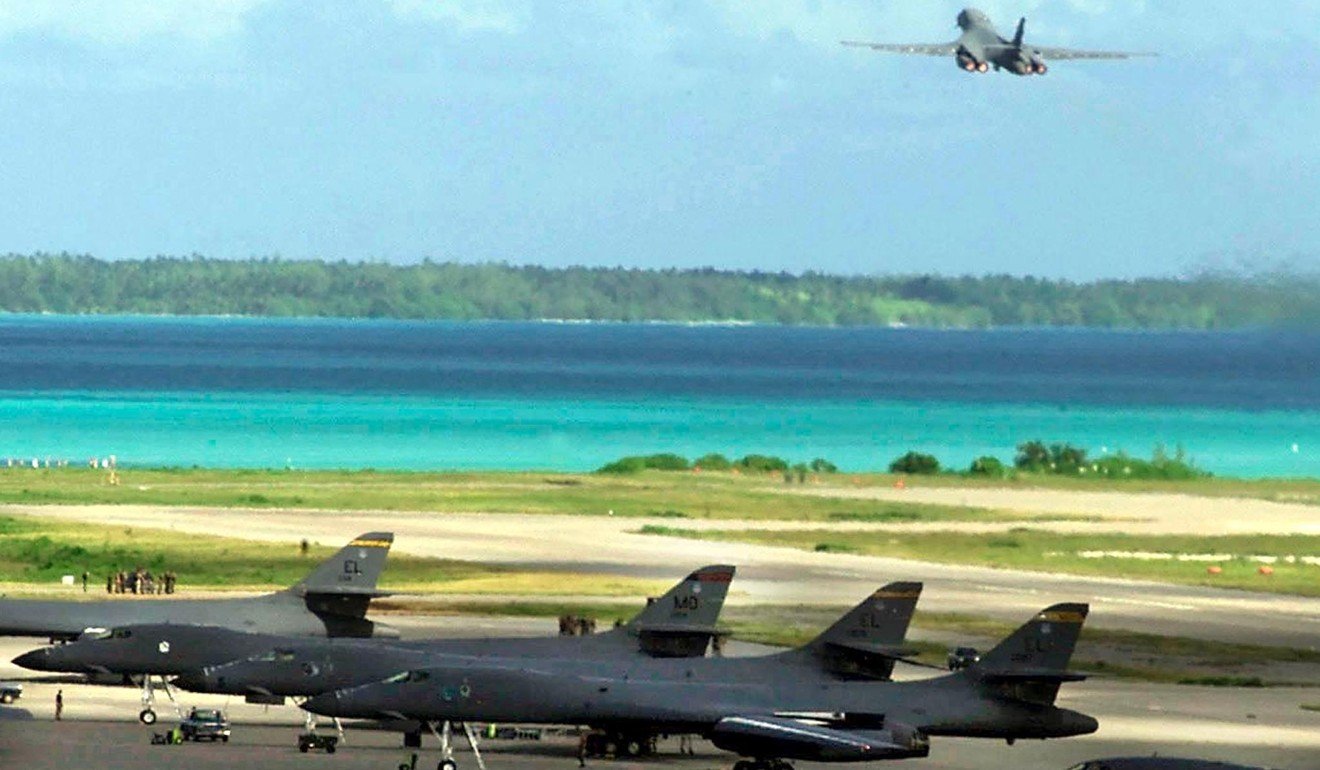 “While we cannot exclude that the facilities on Agalega might be used for military purposes, my own analysis is that the interest is in oil and mineral deposits,” he said.

“In the geopolitics of the Indian Ocean oil is also important. It’s still untapped like the Arctic Ocean.”

Although its land mass is just a pinprick, Mauritius also has around 2.3 million sq km of maritime exclusive economic zone that is potentially rich in oil.

The cost of offshore drilling in the area and record low price of oil are major hindrances to exploring the sector but Mauritius has allowed Indian Navy vessels to dock and conduct “hydrographic explorations”.

“India will have the runway and China will get the port,” Darga said. “I think Mauritius has played its cards very well up to now and different countries have got a share of the pie.