India has been ranked 102 among 117 countries in the Global Hunger Index in 2019, behind Nepal, North Korea and Pakistan. Although India has emerged as one of the fastest-growing major economies in the world, many of its citizens still live in extreme poverty. 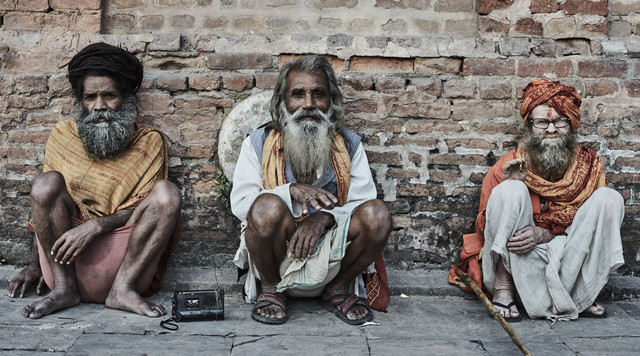 On Monday, economists Abhijit Banerjee, Esther Duflo and Michael Kremer won the Nobel Prize in Economics for their “experimental approach to alleviating global poverty.” Although this year’s Nobel Economics Prize set the Chinese internet abuzz, with some netizens airing strong dissatisfaction, Banerjee has indeed made great contributions to anti-poverty programs.

We advise all Indian poverty relief officials to read Banerjee and Duflo’s book, Poor Economics, which will make people rethink the relationship between poverty and culture.

Visitors may find the food in India is very different from other parts of the world, due to the country’s generous use of herbs and spices. Some statistics show that Indian people may consume less meat than the global average. Vegetarianism has become more popular among Indian people, as the Bharatiya Janata Party-led government rolled out measures to cater to Hindu nationalists. In 2017, The Guardian newspaper reported that India’s government advised pregnant women to avoid meat and eggs to benefit the fetus.

Malnutrition is the predominant underlying risk factor for child deaths in India. The malnutrition challenge also poses an obstacle for manufacturing development. Some Indian workers appear to be young and vigorous, but sticking to vegetarianism leads to inefficient work.

Indian cuisine is deeply connected to its cultural and religious beliefs. It is not only a health issue but also a political one. On the one hand, the Indian government favours Hindu nationalism in its policies and hopes it can consolidate the national consciousness with nationalistic measures. But on the other hand, the government is trying to break the shackles of old customs and traditions in Indian culture to promote industrialization and modernization. This may explain why there is an inherent contradiction in Indian economic policies.

India has long faced a serious hunger problem, and without solving it, India cannot become a modern industrial country. The pressure of hunger is prompting India to review its dietary culture and Hindu nationalism in the industrial age.