Invisible To Radars, China Claim Development Of ‘Stealth Tech’ That Can Conceal Its Tanks & Military Infra On The Ground

The development of stealth technology to protect ground-based military assets has been a recurring theme among militaries around the world. However, with its new claims, China could be close to converting a sought-after scientific idea into a workable military solution.

Advanced military radars can detect weapons or facilities that are invisible to standard cameras and can recognize items as small as a shoebox from space, making it difficult to hide objects from them. Unlike a telescope satellite, which can only operate during the day, radar satellites can take crystal-clear photographs at night.

To add stealth-like protection to military targets on the ground, Chinese military researchers claim to have developed an ‘invisibility cloak’ that can hide ground military objects from spy radar satellites.

The novel device, developed by a team at the Air Force Engineering University in Xian, Shaanxi province, is a piece of cloth that can be stretched to fit almost perfectly over a variety of items, including tanks, artillery, and radar stations.

Chinese scientists are developing a technology that will “identify satellite security flaws”. According to principal researcher Xu Hexiu and his team, the object’s remarkable flexibility can help render it near-invisible to radar satellites.

The team led by Xu elaborated that a target wearing the cloak would appear like “a piece of land with nothing on it” in a paper published in the Journal of Infrared and Millimetre Waves last month.

However, China might not be the only country to have a stealth-based technology to use. A Canada-based company called Hyperstealth Biotechnology had earlier patented a “Quantum Stealth” material that can disguise a military’s soldiers as well as its tanks, ships, and even its aircraft by bending light around a target. 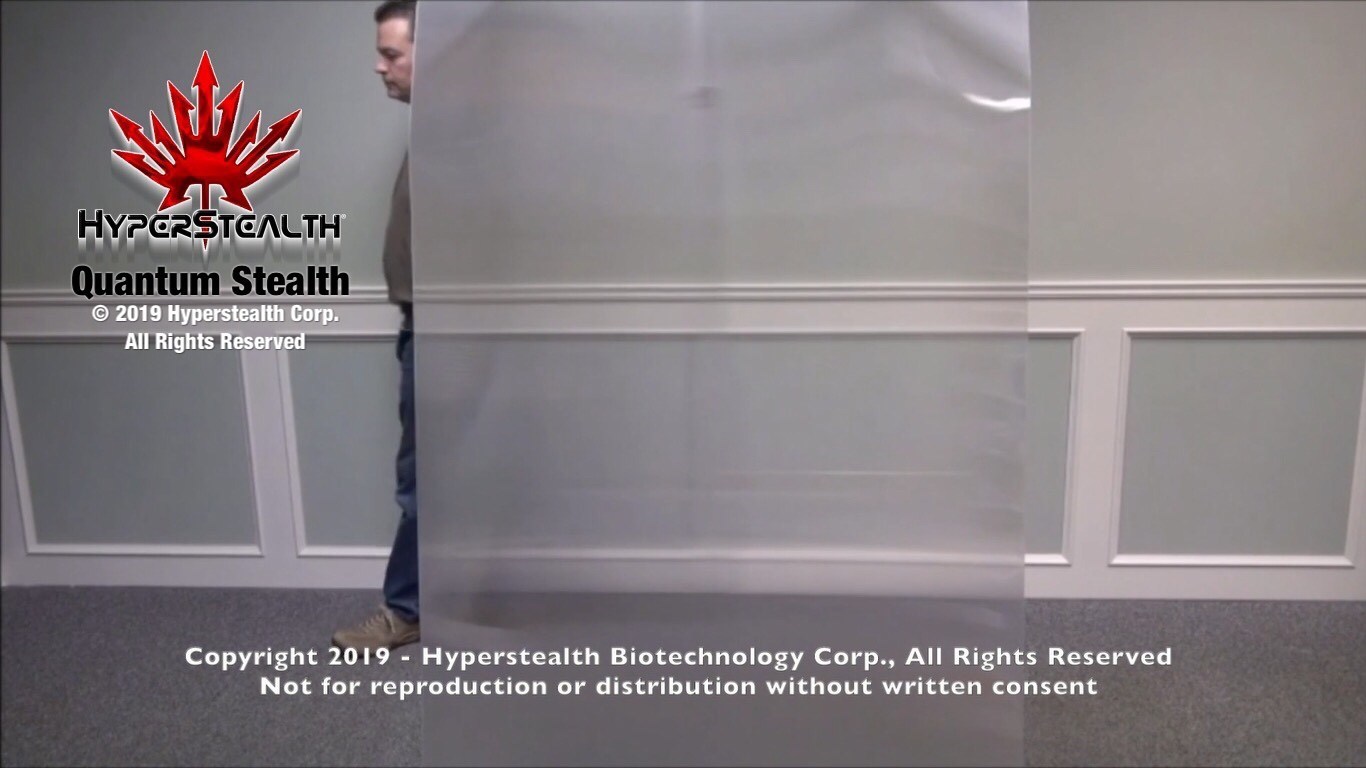 In another case, an Israeli company known as Polaris Solutions had unveiled a new technology that it claimed would make soldiers “virtually undetectable.”

The “Kit 300” camouflage sheet was developed in partnership with Israel’s Ministry of Defense and was made of thermal visual concealment (TVC) material that includes metals, polymers, and microfibers. It is reportedly made detection by thermal imaging equipment.

Earlier, even China claimed to have developed a pseudo-stealth technology to be integrated into its non-stealth fighter jets to make them undetectable to radars with a material called ‘meta-material’ or ‘super-material’ However, experts had refuted the claims, as the EurAsian Times had previously noted.

The Hype About China’s New Cloak

There already exists technology to hide stealth fighter jets and other warplanes from radar but it does not work on the ground because radar signals bounce back after colliding with the ground.

This means that objects like tanks coated with the same materials used on stealth fighters – which either absorb radar signals or use geometric shapes to deflect radio waves – would stand out because of the artificial contrast between them and their surroundings.

However, Xu and his colleagues proposed that changing the signal pattern to reflect that of a natural landscape is another option that could be put to use to achieve invisibility for the equipment or military asset, SCMP noted in its report.

According to Xu, there are many layers to the invisibility cloak. A thin cloth on top contains several printed circuits capable of manipulating electromagnetic radiation. The circuits are drawn with exceptional accuracy on a soft piece of fabric as thin as a strand of human hair, owing to a novel 3D-printing process developed by Xu’s team.

The researchers then added further layers, such as plastic and thin metals, to create a “metasurface” that may modify the direction of a return signal to resemble the radar signature of flat terrain.

According to Xu, several metamaterials have been designed to deceive a radar satellite, but none can move as freely or as widely as the new cloak. When radar waves strike an uneven item, they bounce back in different directions, allowing a computer to calculate its size and shape by measuring the signal differences.

When researchers tested the performance of the device in a simulation facility, the waves that hit the cloak returned in a uniform pattern similar to that seen on flat ground. The further the distance between the radar and the target, the less likely it is that disturbance will be noticed.

The device can also counteract the effect of satellite radars adjusting the strength and angle of their beams to reveal additional specifics about a target, according to experts.

According to a radar scientist from the Beijing Institute of Technology who asked not to be identified, camouflage technology can protect more than 80% of military targets from being destroyed by missiles, according to an estimate based on real-world data.

However, unlike something from science fiction or Harry Potter’s invisibility cloak, the device produced by Xu’s team does not function as a stand-alone item, according to the researcher. “It needs to work with other methods including heat reduction, optical camouflage, and decoys to achieve the desired effects,” he said.

The technology could be expected to be in a testing stage and if the claims are authentic and the cloak is effective, it might prove to be a game-changer for Chinese defense.