Amid the heightening tensions at the South China Sea especially with Taiwan, the PLA has begun yet another round of aggressive military drills near the Paracel Islands and in the Bohai Sea.

The information was given by China’s Maritime Safety Administration on their website on Monday, and it follows the American accusations of Beijing using the militarised outposts in the region as areas of coercion and dominance. The notices declared a no-go zone near these islands from 0700 hours to 1500 hours because of the drills.

These drills are third in a year, and sources close to the PLA claim that its a “live-fire exercise,” as reported by the South China Morning Post.

The Paracel Islands, also known as the Xisha Islands, is one of the many disputed islands between China and Taiwan. The Chinese have claimed that the drills are to ensure the combat readiness of its troops, and maintains that it does not intend to do aggression in the south china sea.

Beijing has increased the frequency of its drills in the region especially near the Taiwan Strait and has intruded into its airspace multiple times this month. 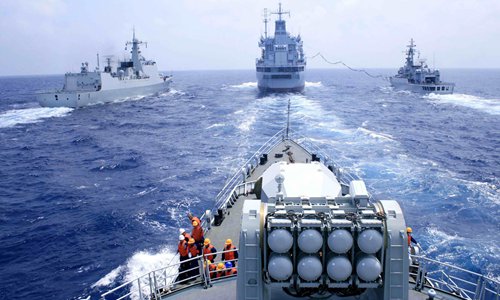 The drills were intensified after and during the visit of the top American diplomat Keith Krach to Taipei when the PLAAF bomber formations came dangerously close to the islands and prompted ROCAF to scramble its self-defence fighters and ready its coastal and air defence batteries.

According to a report, the PLAAF intruded into the Taiwanese airspace 46 times in the past 9 days.

Earlier Chinese live-fire drills were met with a stern American response when it flew the U-2 Spy planes over the area where the Chinese aircraft carrier Shandong was conducting its live-fire and combat simulation drills.

The incident sparked a new level of distrust among both nations, and China lodged a formal complaint calling it a “serious escalation” and that the U.S. shall bear the brunt of any mishappenings.

On Sunday, the US Department of Defense stated that China has “pursued a reckless and provocative militarization” of disputed outposts in the South China Sea’s Spratly Islands, adding that China’s governing Communist Party “does not honour its words or commitments”.

In response, the Chinese foreign ministry spokesman reiterated that the U.S. actions have made it the biggest threat to the peace and stability of the South China Sea.”