China successfully tested its first domestically build amphibious aircraft (AG600 or Kunlong) sending a loud message of Beijing’s military might and growing technological prowess. The amphibious aircraft can be used in maritime search-and-rescue operations, but the AG600 can also be used to quickly transport and deploy troops using various waterways.

The AG600 amphibious aircraft is the first aircraft of its kind to be built in the country. As per secondary research of EurAsian Times, it is roughly the size of a Boeing 737, has a range of up to 4,500 km and is devised to be able to take off and land in two-metre high waves.

According to SCMP, the AG600 amphibious aircraft is powered by four turboprop engines, can carry up to 50 people during search-and-rescue operations, and can scoop up 12 tonnes of water. With a maximum take-off weight of 53.5 tonnes, it also transcends both Japan’s ShinMaywa US-2 and Russia’s Beriev Be-200. 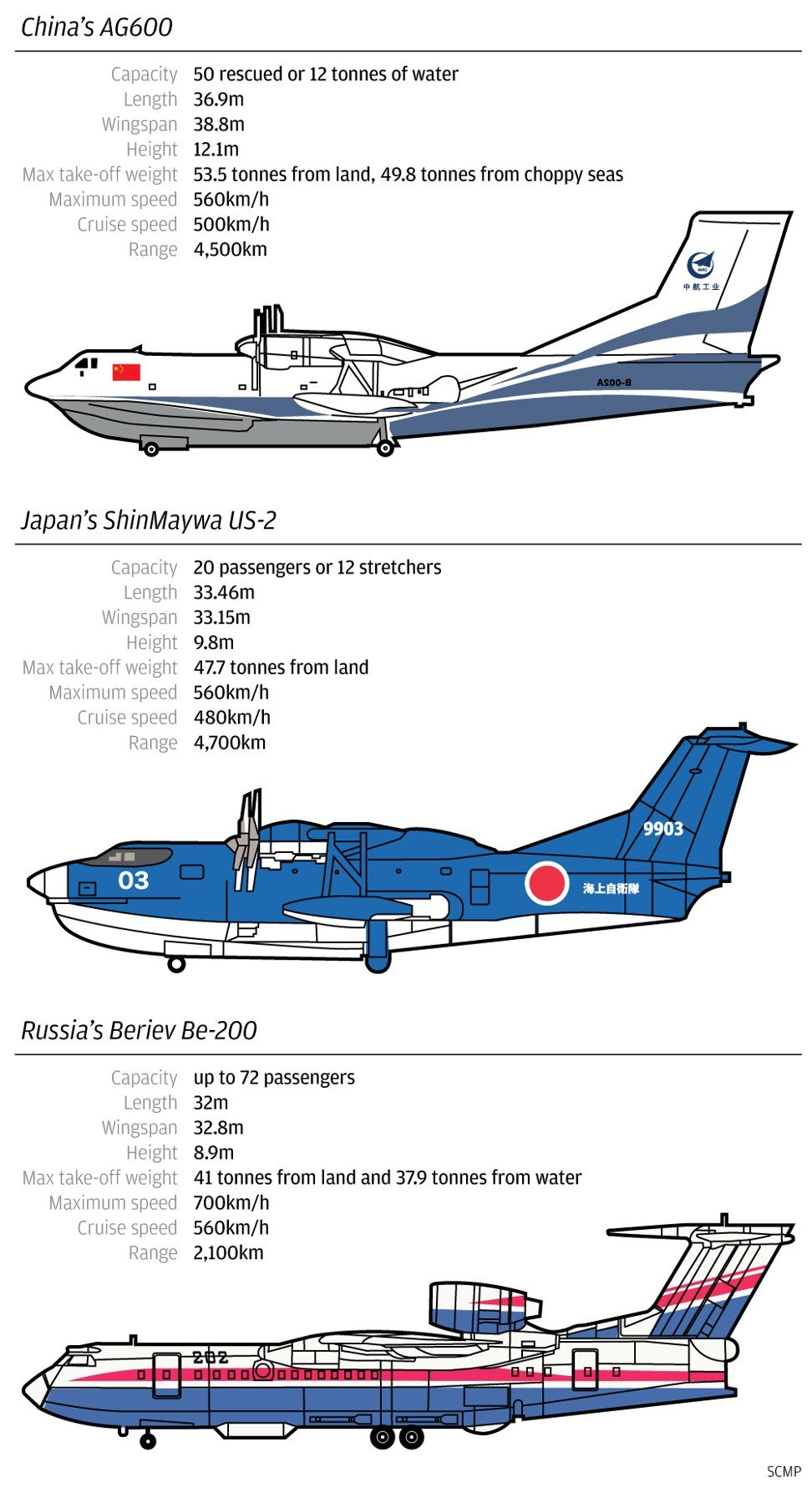 Chinese companies and government departments have already placed 17 orders for the AG600 amphibious aircraft, which are expected to be delivered by 2022. The development of the AG600 is part of China’s drive to modernise its military, and as it assumes a more muscular approach to territorial disputes in the South China Sea and elsewhere, much to the dissatisfaction of the United States.

Defence observers said the latest tests showed the AG600 was almost ready to go into service and that once it did would shift the balance of power in the disputed region. The AG600 would be apt for swift transport of troops and materials, and could also provide other support such as evacuating garrisons in the South China Sea.

Beijing will also use it to justify any further build-up in the region, saying the aircraft can be used for the common good, such as rendering support to foreign vessels in the area and for search and rescue.

Defence analyst Song Zhongping said that the AG600 amphibious aircraft would enable China to improve the management and control of its enormous marine territory. It’ll be a direct competitor to Japan’s US-2 and Russia’s Be-200.

Previous article
Chinese Barrier and US Ladder, Can India Join the Nuclear Suppliers Group?
Next article
China Preparing to Hit India With its Electromagnetic Railgun Missiles?