Turkey attacked China on how the country treats the Uighurs community, saying it is a “great cause of shame for humanity”. A Turkish official said more than a million have been detained in Chinese “concentration camps”. China hits back at Turkish criticism over its treatment of Uighurs and denied Ankara’s claim that a renowned poet from the Muslim minority had died in so-called concentration camp. 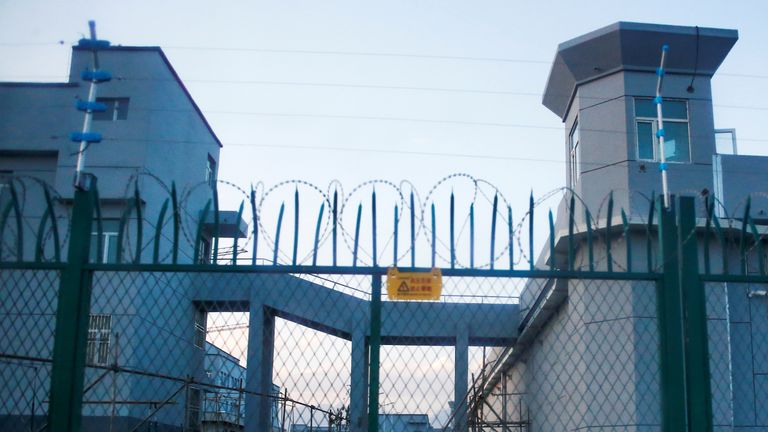 Turkey’s foreign ministry had released a statement on Saturday severely criticising China’s mass detentions of its Turkic-speaking Uighurs, and claiming that poet Abdurehim Heyit died serving an eight-year Chinese prison sentence imposed as punishment over “one of his songs”.

However, China released a video showing a man who identified himself as Heyit and saying that he was alive and well. “China has made solemn representations toward Turkey. We hope the relevant Turkish persons can distinguish between right and wrong and correct their mistakes,” Foreign Ministry spokeswoman Hua Chunying said during a daily press briefing.

She called the Turkish statement “vile” and urged Ankara to withdraw its “false accusations”. “I saw his (Heyit’s) video online yesterday, showing that he is not only alive but also very healthy,” she said.

A UN panel of experts has said that nearly one million Uighurs and other Turkic-speaking minorities had been bundled-up into “re-education camps” in China’s northwestern Xinjiang region.

Turkey had said China’s treatment of Uighurs was “a great embarrassment for humanity” – perhaps the strongest condemnation yet from a Muslim country. The Muslim world has been conspicuously mum on the Uighur issue, possibly to avoid Chinese diplomatic or economic retaliation.

The plight of China’s Uighurs is closely followed in Turkey due to shared linguistic, cultural and religious links and the presence of tens of thousands of ethnic Uighurs there.

In its statement on Saturday, Turkey did not say how it had learned that Heyit died, but said the “tragedy has further reinforced the reaction of the Turkish public opinion towards (the) serious human rights violations” in Xinjiang.

But state-controlled China Radio International (CRI) released a 26-second video on its Turkish service on Sunday. “My name is Abdurehim Heyit. Today is Feb 10, 2019,” the man in the video says, according to the English subtitles.

“I’m in the process of being investigated for allegedly violating the national laws,” he added, in what appeared to be the Uighur language. Wearing a black and white sweater over a collared shirt, he said he was in “good health” and has “never been abused”, according to the subtitles.

Xinjiang has come under intensifying police surveillance in recent years following repeated riots, bombings and attacks on Chinese security forces and civilians. Beijing at first denied any Xinjiang detention camps existed, but later admitted people were being sent to what it calls “vocational education centres”.

But critics say Uighurs are being pressured in the camps to assimilate with Chinese society and abandon religious and cultural practices that Beijing sees as potential sources of resistance.

The Turkish foreign ministry statement said Uighurs were being “subjected to torture and political brainwashing in concentration centres and prisons”. Hua, however, appeared to leave the door open to patching up the row, saying the two sides should endeavour to maintain “mutual trust and cooperation”.