With the newly-acquired nuclear-capable Rafale jets performing night sorties in the mountainous terrain of the country, experts believe that India could re-look at its usual ‘no-first-use’ approach against China, which has failed to withhold its aggressive nature, time and time again.

China’s rising belligerence over the recent years, coupled with the deadly Galwan Valley clash between the militaries, the Indian side, whose traditional focus has been on dealing with Pakistan, could re-strategize its first-strike strategy.

According to a recent report by Hans M. Kristensen, Director of the Nuclear Information Project in the Federation of American Scientists, the Rafale jets and Agni V missiles will be a game-changer for India and inducting deep strike capable fighters, long-range missiles and sea-based ballistic missiles (SSBNs) will not only widen the nuclear gap between India and Pakistan but will bring the whole of China within its reach. 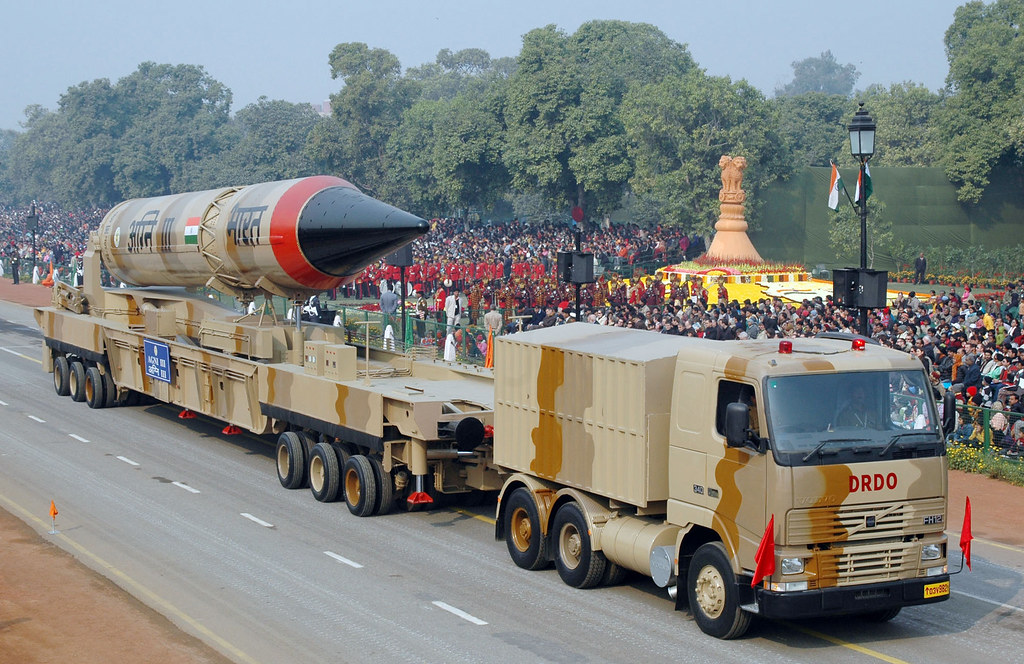 Kristesen, while speaking to a publication said, “The point we’re making in the paper is not that there is a major shift in India’s nuclear strategy, but that its capabilities are evolving to bring all of China within reach for the first time.”

India can already hold many Chinese cities and military bases at risk with its nuclear forces, so to that extent, I don’t think Agni V will necessarily be a “game-changer”. Having said that, Agni V will enable India to hold targets at risk throughout China, not least the leadership in Beijing, and allow Indian planners to base the missiles further back from the Chinese border.”

The People Liberation’s Army (PLA), which already has the capability to target facilities throughout India, have been wary of this change in stance by New Delhi, and have reportedly deployed nuclear weapons near the Indian border and successfully completed a missile attack early warning system while strengthening its nuclear programs.

In recent years, China under the helm of President Xi Jinping  has bolstered its missile defense capabilities to promote the nation’s military’s position to ‘world-class’ status. It has the ability to detect hostile nuclear missiles and swiftly counterattack using nuclear weapons before they hit mainland China.

Currently, there are two major Chinese missile warning systems that are deployed against India, which are Large Phased Array Radars (LPARs) at Korla city and Kampa La Radar Station above the Kampa Pass.

With a quoted range coverage of 4,000 kilometers and ±60° from the direction of fire, the radar can cover more areas than the entirety of India and can detect targets as small as 5cm in size at a much longer distance.

The radar is well equipped in detecting and identifying most missiles launched from India and can engage them with the appropriate weapons systems integrated into their air defense plans.

According to satellite imagery undertaken in a press report, the radar has been extensively used during China’s trials of anti-satellite (ASAT) weapons and hypersonic glide weapons.

Meanwhile, Kampa La Radar Station, located at a distance of 190 kilometers from the India border, is claimed by China to be fully automated since 2008. Recent training exercises have indicated that the radar station is equipped with the artificially intelligent weapons system, which will autonomously detect, identify, engage, and destroy any target within its station’s range.

However, despite PLA’s efforts to counter Agni-5 or Prithvi, with ‘world-class’ defensive capabilities at their disposal, a retired Indian Army official has suggested that it won’t alter the attacking capabilities of the Indian side and the Indian Strategic Forces Command would only need to analyze the Chinese ballistic missile defense and hit the targets with precision.