China has made significant changes to its Eastern Theatre Command that oversees Taiwan and the East China Sea, shortly after the self-governing island inducted its “most advanced combat aircraft”, the F-16 Viper.

The Chinese J-7E fighter jets were recently replaced by its modern J-10C, as reported by the Global Times. The aim behind the decommissioning of J-7Es and induction of the J-10C has been described as “better safeguarding aerial and maritime security as well as national unity”.

Nine J-7E fighter jets recently left an airbase in the east of South China’s Guangdong Province, as they have been retired from active combat service and are being replaced by domestically developed J-10C fighter jets, China Central Television (CCTV) reported on November 21.

The induction of these modern multi-role aircraft at its eastern command comes simultaneously with the Taiwan accusation that about 9 Chinese aircraft including four J-10 fighters, two H-6 bombers, two J-16 fighter aircraft and a KJ-500 Air Warning and Control Aircraft entered its airspace.

This has been reported as the 20th PLAAF intrusion into Taiwan’s air defense identification zone (ADIZ) this month, according to Taiwan News.

This new deployment comes at the height of tensions in the eastern region and shortly after Taiwan deployed its own fighter to combat Chinese threat in the face of a perennial fear of Chinese occupation.

PLAAF intrusions have been flagged and condemned by many countries around the world with the American President categorically stating that it would come to Taiwan’s aid if it was attacked by China before clarifying that he wasn’t encouraging its independence.

With the western influence on Taiwan growing, the divisions have become starker and China is adopting an aggressive and unrelenting posture.

PLA Muscle-Flexing In The East

The J-10 (Jian 10), nicknamed Vigorous Dragon, is a multirole fighter aircraft developed by China’s Chengdu Aircraft Industry. The J-10 was primarily built to replace the J-7 and Q-5, an objective that it has successfully achieved at the Eastern Theatre Command.

The J-10C, which has been in service with several other PLA Air Force units, is one and a half generations more advanced than the J-7E, and will give pilots significantly more advantages in combat, analysts reportedly told Chinese media.

Colonel Wang Hongbo, one of the pilots switching to fly the J-10C, has been practicing on the new warplane for over six months.

Wang told CCTV that the new aircraft has changed the way he perceives the battlefield as it allows the pilot to focus on the combat by doing away with the need of steering the aircraft. The J-10 succeeds J-7 with an automatic flight control giving more combat power to the aircraft.

The J-10C is the most potent of the J-10 variants and comes with modern AESA radar and the ability to carry the PL-15 long-range air-to-air missiles. Its thrust-to-weight, an important measure for how ‘energetic’ the aircraft is, remains decent- above 1.1.

The deployment is a cause of concern owing to China’s repeated assertion of using force as the “last measure” to integrate Taiwan into the Chinese mainland. With the J-10C’s ability to fire long-range missiles, this concern is expected to grow manifold.

Speculation is also rife about China supplying the J-10Cs to its all-weather ally, Pakistan. The J-10C is a 4.5 generation fighter that is similar to the advanced version of the American F-16.

With India acquiring Rafales in the face of two-front war threats, Pakistan has been considering acquiring the J10-C to maintain a balance of power with the India Air Force.

Like the F-16, the J-10 possesses a highly agile, aerodynamically unstable airframe that is stabilized by a computer in its fly-by-wire flight control system. The J-10C model is believed to have capabilities similar to 4.5-generation fighter jets like Indian Rafales, as previously reported by EurAsian Times.

The PLA Air Force replaced its aging fleet of J-7 at the Eastern Theatre Command soon after Taiwan deployed its F-16 Vipers in a ceremony that was attended by President Tsai Ing-wen.

This could be seen as a Chinese answer to Taiwan that boasted the Viper’s purported capability to shoot Chinese J-20 stealth. Earlier, the PLA Air Force had deployed the heavy J-16 fighters to this command overseeing the Taiwan Strait. 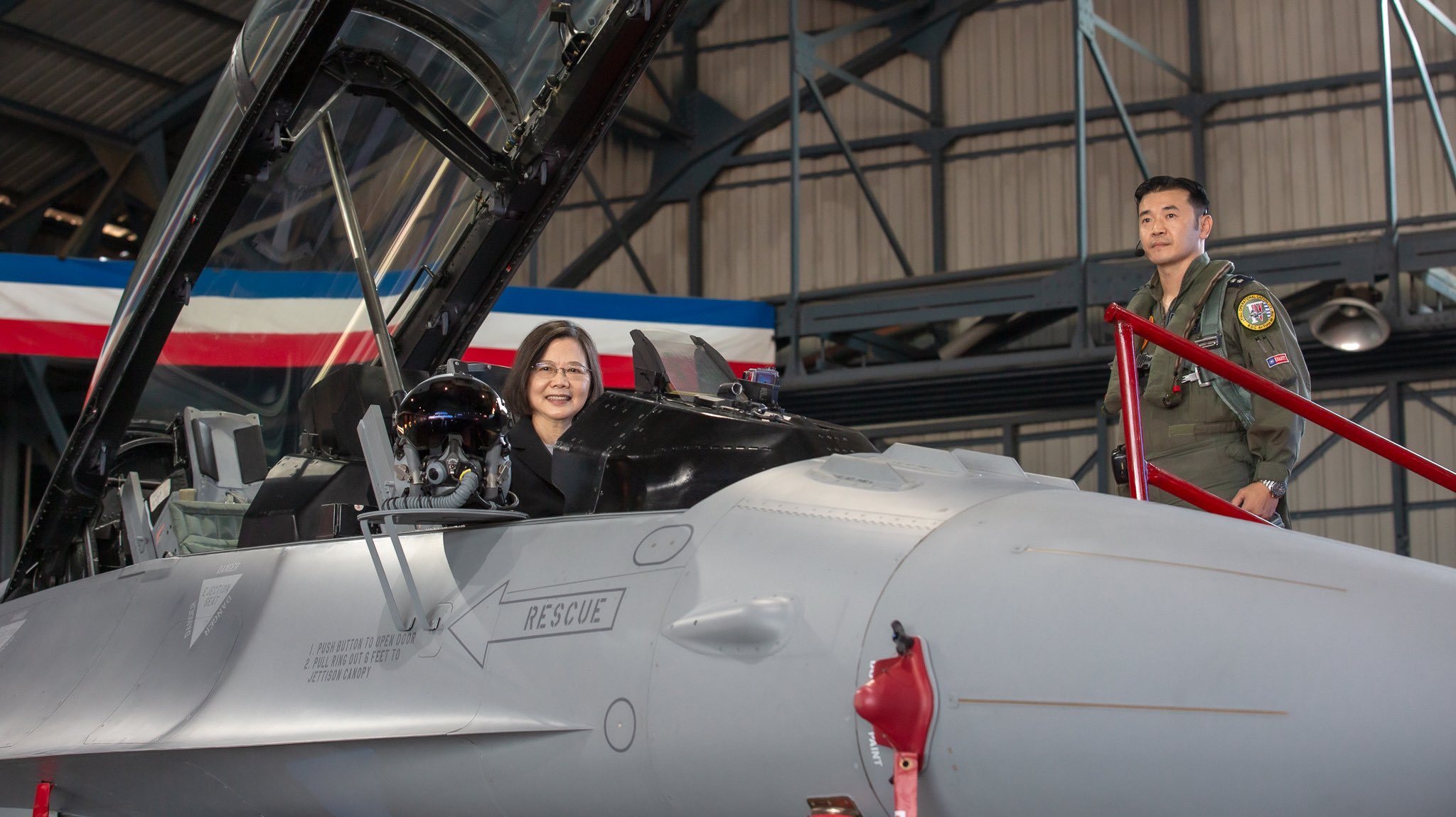 “Media on the island of Taiwan claimed that the F-16V can down the J-20 stealth aircraft of the PLA, which is a fifth-generation heavy fighter jet. But in fact, the F-16V is just a 4.5-generation medium fighter jet, and the PLA’s J-10C is enough to rival it,” a Chinese military expert told the Global Times.

China has made several incursions into the Taiwanese air space in the past year in what was described by Taipei as the most aggressive posturing in 40 years. Beijing considers the island an integral part of the mainland and has significantly strengthened the rhetoric regarding its integration.

The Taiwan issue and Chinese incursions have also become a flashpoint with the United States and its allies. The American engagement with Taiwan in terms of political and military visits, training of its troops, and the supply of military hardware is considered as interference by Chinese analysts.

Beijing recently chastised Lithuania and downgraded its diplomatic ties with the country because it allowed Taiwan to open a de-facto embassy.

All these developments point to the fact that China can be expected to be even more belligerent as Taiwan gathers popular support from the West ushering more lethal Chinese deployments in the near future.