The Chinese J-20 “fifth-generation” fighter jet scored an astonishing victory of 17:0 over its previous generation counterparts – the Su-30, during combat drills conducted by the PLA. Even though China did not mention the name of India directly, experts believe that the message was directed towards India that also operates the Russian-origin Su-30s.

Scoring an impressive figure against its opponents, the results clearly indicate the Chinese jet’s “absolute superiority” over other aircraft, Global Times reported citing a military expert.

“A PLA pilot scored a landslide 17:0 victory against opponents with a newly commissioned fighter jet in a recent mock combat exercise despite being heavily outnumbered. Did he fly China’s most advanced stealth fighter jet, the J-20?,” it tweeted.

World’s Most Powerful Islamic Country: Is The UAE Headed To Replace Turkey?

A PLA pilot scored a landslide 17:0 victory against opponents with a newly commissioned fighter jet in a recent mock combat exercise despite being heavily outnumbered. Did he fly China's most advanced stealth fighter jet, the J-20? https://t.co/zpS67riWfG pic.twitter.com/BlWlmIMNOW

Targeting the Indian Air Force’s newly acquired Rafale fighter jets, the CCP mouthpiece also “warned” that the J-20s have been deployed close to the Sino-Indian border at the Hotan airbase in Xinjiang Uygur Autonomous Region, about 320 kilometers from the site of the ongoing standoff.

The exercise was conducted under the PLA Eastern Theatre Command. According to the reports by PLA Daily, Chen Xinhao, a young pilot attached to the Wang Hai Air Group, coordinated with his teammate and took down 17 opposing fighter jets with no damage taken, despite being heavily outnumbered.

The report also claims that Chen Xinhao had only recently switched to fly the new fighter jet [J-20] and just had 100 hours of flying experience with his new machine. However, the exact aircraft type was not mentioned- which the PRC experts firmly believe to be the J-20.

The Wang-Hai Air Group is the first in PLAAF to have operationalized the J-20, and had shown its planes conducting real combat-scenario exercises in January. This adds to the belief of experts that Chen, who is also attached to the same air group, would’ve been piloting the new jet in the exercises. 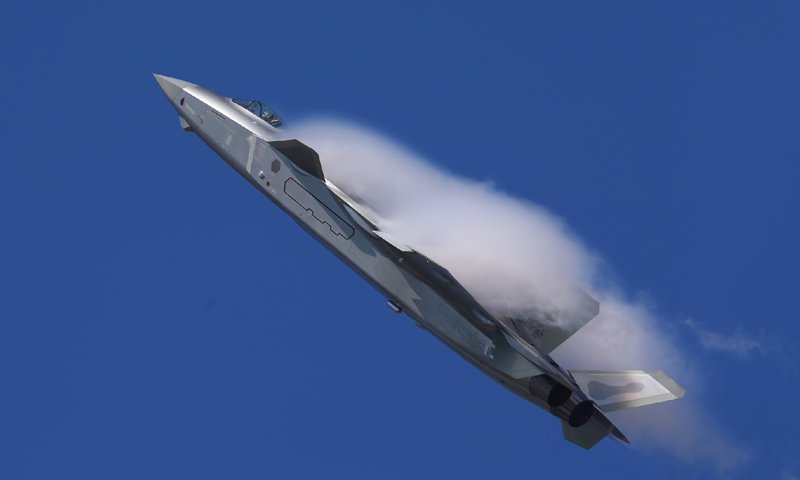 The Xi’an-based defense magazine Ordnance Industry Science Technology also mentioned about the probabilities of the fighter jet being the J-20. “Even though the PLA Daily used an illustration of Su-30MKKs in the report, given the capability of this kind of fighter jet, it cannot win this kind of landslide victory,” it said.

The Indian Air Force also operates its own variant of the Su-30 called the Su-30 MKI  which is a fourth-generation multirole air-superiority aircraft.

Experts talking to EurAsian Times said that it could be a direct pot-shot at Indian jets especially the Russian-origin Su-30 MKIs that form the backbone of the Indian Air Force.

According to another Chinese expert, “China’s current training is real-combat oriented, and if the J-20 can score an overwhelming advantage in mock battles, it will do the same in real combat,” Global Times said.