China has come under intense scrutiny for placing an estimated one million mostly Muslim ethnic minorities in internment camps in the name of counter-terrorism.

During his meeting with Crown Prince Mohammed bin Zayed al-Nahyan in Beijing, Xi thanked the UAE for its “valuable support” on Xinjiang and urged the two countries to strengthen cooperation on anti-terrorism, said state broadcaster CCTV.

In return, MBZ said the UAE “highly appreciates China’s efforts to protect the rights and interests of ethnic minorities”, according to CCTV’s readout. MBZ also said the UAE would be willing to “jointly strike against terrorist extremist forces” with China, including the East Turkestan Islamic Movement, a militant group Beijing has accused of attempting to instigate Uighur separatism.

After initially denying the existence of re-education camps, China has been on a public relations blitz to counter the global outcry against what Beijing calls “vocational education centres”. 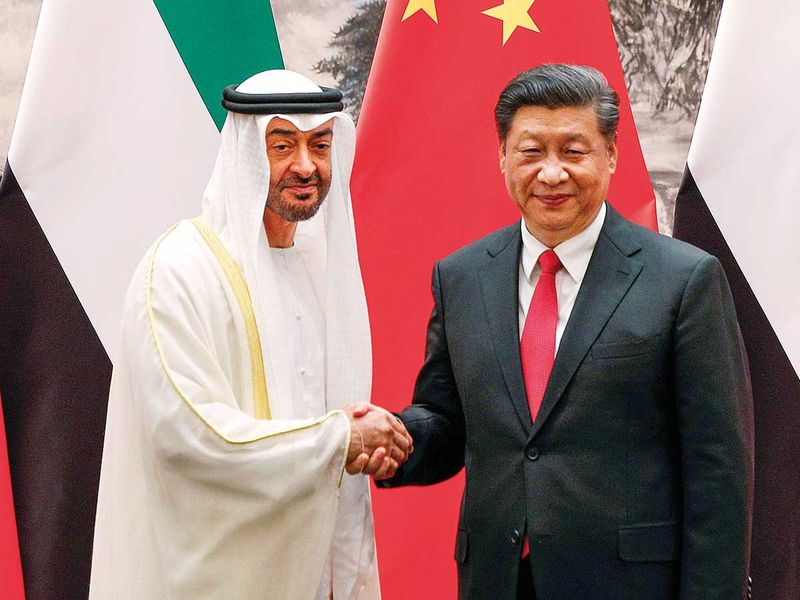 So far, Beijing has scored multiple successes, with UN ambassadors from 37 countries — including majority Muslim nations Saudi Arabia and Algeria — releasing a letter earlier this month in defence of China’s treatment of Uighurs and other ethnic minorities in Xinjiang. The letter came after 21 Western nations and Japan co-signed a text condemning China’s conduct in Xinjiang.