In America’s Backyard, China To Set Up A Massive Nuclear Power Plant Using Its Indigenous ‘Hualong One’ Tech

China has inked a contract with Argentina to build the $8 billion Atucha III nuclear power plant, resurrecting a project that had been lying dormant for years. China’s domestically designed third-generation ‘Hualong One’ technology would be used in this project.

Dragon At US’ Backyard: How China Plans To ‘Seize’ The Americas While Washington Gets Busy In Indo-Pacific

The agreement was signed between state-owned China National Nuclear Corporation (CNNC), several of its subsidiaries, and Nuclear Power Plant Argentina, CNNC posted a message in its WeChat account on February 1. The pact covers the engineering, procurement and construction (EPC) of the Atucha III Nuclear Power Plant.

The deal was discussed before President Alberto Fernandez’s visit to China later this week. This year also marks the 50th anniversary of the diplomatic relations between the two countries. It will be the fourth nuclear power station in the South American country. 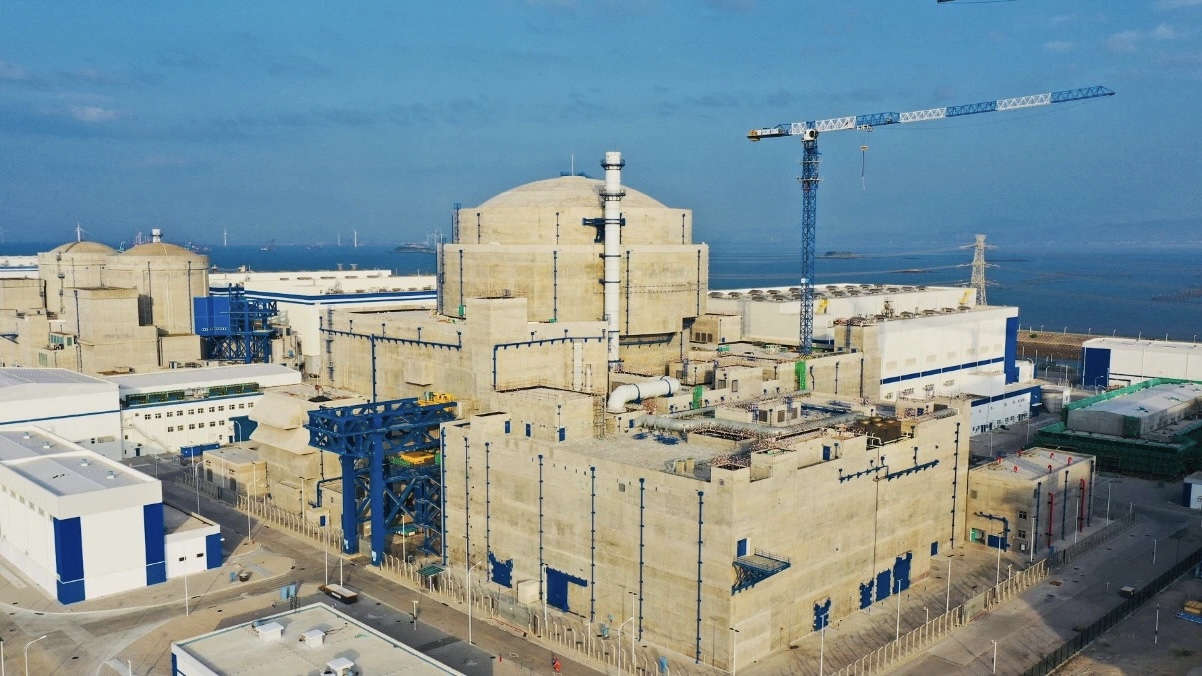 “Nuclear projects cooperation is a key component of the two nation’s comprehensive strategic cooperation,” Beijing-based CNNC said in a statement. In 1985, the two countries inked a cooperation agreement on the peaceful use of nuclear energy.

The nuclear pact had been in limbo since it was first negotiated by previous President Cristina Fernandez, a left-wing politician who left office in 2015. Fernandez is currently serving as vice-president.

The agreement is consistent with Argentina’s ‘comprehensive strategic alliance’ with China, a high diplomatic status reserved by Beijing for its friendly nations.

Significance Of The Project

This project is vital for Argentina since it will help to alleviate the country’s electricity demand. Each Hualong One nuclear generator has a capacity to generate about 1.2 million kilowatts and is estimated to produce about 10 billion kilowatt-hours of electricity per year, enough to fulfill the needs of one million people.

Hualong One has the potential to save 8.16 million tons of CO2 and 3.12 million tons of coal, thereby providing clean, safe and sustainable energy to Argentina. Hualong One competes with Westinghouse developed AP1000 and Europe’s Evolutionary Pressurized Reactor (EPR) technologies.

Argentina’s government said in a statement that the construction project “involves an investment of over $8 billion” for engineering, construction, acquisition, commissioning, and delivery of an HPR-1000 type reactor.

“Atucha III will have a gross power of 1,200 MW and an initial useful life of 60 years, and will allow the expansion of national nuclear capacities,” it said, stressing that work would begin at the end of this year.

This agreement will open up new opportunities for China too, as Buenos Aires will be the second customer after Pakistan. Hualong One’s first nuclear reactor, Fuqing 5, as well as the first overseas nuclear power plant, based in Pakistan, are both currently operational.

The Fuqing 6 unit was recently connected to the electrical grid and is located in Fujian Province in East China.

The state-owned corporation makes no mention as to who will fund the project. However, many news outlets earlier reported that Argentina will borrow 85 percent of the project’s funding from the Industrial and Commercial Bank of China (ICBC). The government will cover the remaining.

Over the last two decades, China has been making efforts to increase its footprints in Latin America. Beijing’s connection with the region has long been primarily economic in nature. It has invested in regional infrastructure development, such as ports, highways, dams, and railways. There is no doubt that these efforts appear to be reaping the benefits of its investment in the region.

While China enjoys favorable relationships, the United States is impacted by issues such as illegal immigration, drug trafficking, organized crime, money laundering, and populist-authoritarian governments that are ideologically antagonistic to its influence.

Additionally, Chinese banks have boosted loans to Latin American countries in recent years. According to the Inter-American Dialogue, the China Development Bank and the China Export-Import Bank granted 94 loans worth USD 137 billion across the region up to 2020, primarily to Venezuela, Brazil, Ecuador, and Argentina.

US disengagement from Latin America has opened the door for a drastic expansion of Chinese influence pic.twitter.com/UEkjCJoC9z

The Eurasian Times had previously reported that China has recently inked a pact with leaders from Latin America and the Caribbean to enhance ties in nearly every facet of life, in what experts labeled as a plan to “take over the region.”

As part of the agreement, Beijing will provide ‘civilian’ nuclear technology to the region, as well as support the implementation of ‘peaceful’ space program, establish 5G networks of the type that Washington fears will be used to spy on people, and pump in cheaper loans and financing for “elaborate development plans.”

While the US-China rivalry will undoubtedly grow in the near future, this poses both challenges and opportunities for Latin America, which, if played well, might reap considerable rewards.