China could support Pakistan at the United Nations Security Council (UNSC) over the issue of Jammu and Kashmir issue, Foreign Minister Shah Mehmood Qureshi said Friday after meeting with top officials in Beijing. Qureshi, who held over two-and-half-hour long meeting with his Chinese counterpart Wang Yi over the deteriorating situation in Jammu and Kashmir after India revoked Article 370. 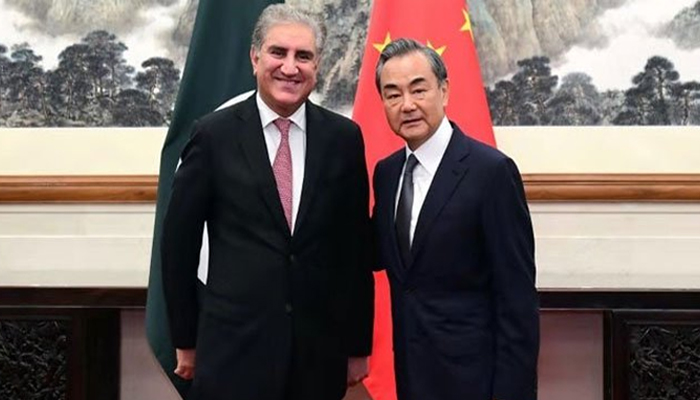 Qureshi rushed to China as part of a diplomatic campaign by Pakistan to seek the support of Beijing over the Kashmir dispute. Tensions flared-up between India and Pakistan when New Delhi decided to abolish the contentious constitutional provision which gave an unfair advantage to the residents of Jammu and Kashmir.  The move drew strong condemnation from Pakistan, which in response downgraded diplomatic ties and suspended bilateral trade with India.

An official statement issued by the Chinese Foreign Office said Foreign Minister Wang noted that Beijing was seriously concerned about the latest escalation of tensions in Kashmir. He also warned against “unilateral actions” on the issue.

“The Kashmir issue is a dispute left from colonial history. It should be properly and peacefully resolved based on the UN Charter, relevant UN Security Council resolutions and bilateral agreement,” Wang was quoted as saying. “China believes that unilateral actions that will complicate the situation should not be taken.”

This is the first time China took a clearer stance on India’s Kashmir move. Earlier, Beijing statement was only referred to its dispute with India in the Ladakh region. Pakistan Foreign Minister Qureshi said he thanked his Chinese counterpart for a meeting on at such short notice.

Today I had a strong and conclusive meeting with State Counsellor and Foreign Minister of China, Wang Yi. Pakistan shares a bond of brotherhood with China as further evidenced in the meeting today where China reassured Pakistan of it's support and commitment. 1/3 pic.twitter.com/TXysZnhOKq

China supports Pakistan’s repeated calls for peace and stability and we will work together to highlight the voice of Kashmiris to the world. 3/3

Wang stressed that as all-weather strategic cooperative partners, China and Pakistan have understood and supported each other on issues concerning “our respective core interests”.

Wang also noted that Pakistan and India were both China’s friendly neighbours and major developing countries that were in a crucial stage of development. “We call on the two sides to proceed from their national development and peace in South Asia, properly resolve historical grievances, get rid of the zero-sum mindset, avoid unilateral action and seek a new path to peaceful coexistence,” Wang stressed.

Qureshi said China once again had proved that it was Pakistan’s “trusted friend” as it fully supported Islamabad’s stance on the recent developments in Kashmir. He said China endorsed Pakistan’s position that India could not take a unilateral step to change the status of disputed Kashmir region. “Chinese Foreign minister also agreed that Indian move has threatened the regional stability,” Qureshi said in a video message from Beijing.