China’s People’s Liberation Army is commissioning more J-16 fighter jets, according to the state-owned Global Times. The jets are being commissioned by the PLA’s Western Theater Command Air Force.

J-16 is a type of powerful fighter jet capable of controlling air, sea, and land. The move would help China better safeguard its territorial integrity, GT quoted analysts as saying.

According to new photos released by the Command Air Force, a brigade is in the process of switching to use the advanced Shenyang J-16 fighter jets. This also means that the brigade would be the newest in the command to undergo this change. Recently, an air-to-air combat exercise was also conducted in order to examine the unit’s comprehensive combat capability. 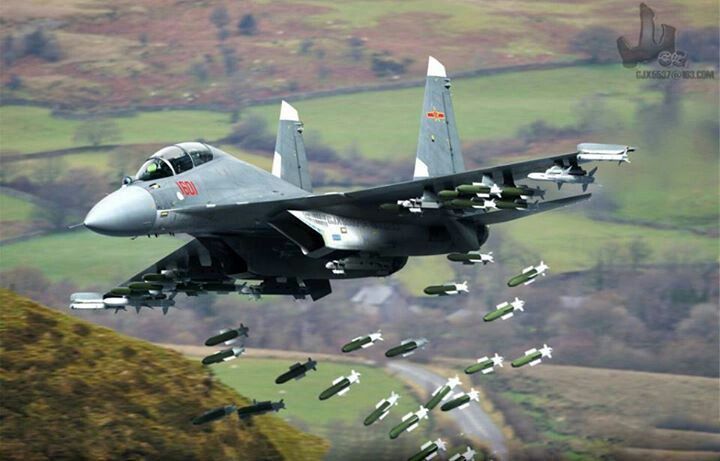 Like most other Chinese fighters, the Shenyang J-16 jet is also a domestically-produced copy of the Russian Su-30. It was introduced in 2015. Just like the Su-30, it is a tandem-seat, twin-engine multirole strike fighter capable of undertaking maritime strike missions.

The aircraft is powered by a home-grown turbofan engine WS-10A, and also sports an AESA radar and IRST sensor. Developing its own version made it compatible with Chinese weapon systems such as the PL-10 and PL-15 air-to-air missiles and various guided and unguided bombs and rockets. It can also carry anti-radiation missiles, and anti-ship missiles (KD-88 and YJ-83K).

More than 100 units have been built, and the development has been aided with the experience gained on working with the production of another Russian copy, the J-11.

“The J-16 excels at carrying out all kinds of tasks, including long-range and short-range air-to-air combat, and air-to-ground and anti-ship attack missions,” a Chinese military expert was quoted by GT as saying.

The J-16 also has an electronic warfare-centric variant (like the E/A-18 ‘Growler’) which has wingtip EW pods, and the IRST and 30mm cannon is replaced with internal EW systems. The variant reportedly made its maiden flight in December 2015.

Earlier, the second batch of three Rafale fighters touched down in India from France joining the first five jets that had arrived at the Ambala airbase on July 29. The three jets arrived at the Jamnagar airbase in Gujarat after flying non-stop from France.

As per the delivery schedule, three to four jets will reach India every two to three months till all the 36 are delivered under the Rs 59,000 crore deal inked with France in September 2016. The 4.5-generation Rafales have a combat range of 780-km to 1,650-km, without mid-air refueling and are equipped with some of the most advanced missiles in the world today.