‘Chinese Colony’ In CPEC-Hub Gwadar Draws The Ire Of People In Balochistan, Pakistan

People in Pakistan’s Balochistan are enraged as the authorities have started fencing the port city of Gwadar in the southwestern province to protect China-Pakistan Economic Corridor (CPEC) projects from insurgent attacks.

Media reports suggest the government has plans to fence off the 24 sq km of the city surrounding the deep seaport, built and operated by China. Following a large number of attacks from Baloch militants and China’s concerns about investing in the region, the authorities initiated a ‘Gwadar safe city’ plan.

There will only be two entry points to the fenced part of the city; the residents would require a pass to enter or exit the protected part while more than 500 high-definition cameras will be installed for surveillance. However, the China-funded New Gwadar International Airport and 80 newly built housing projects will not be part of the fencing.

A source has told Nikkei Asia that China is financing the fencing, while a fund of 50 million Pakistani rupees ($310,000) was allocated in the federal budget for the Gwadar Safe City project in the fiscal year 2020-21.

China is deeply concerned about the security of its personnel working on the projects. In November 2018, the Balochistan Liberation Army (BLA), a Baloch ethno-nationalist militant organization fighting against the Pakistani government for greater regional autonomy, opened fire on the Chinese consulate in Karachi.

This was one of the major attacks by Baloch rebels in recent times, according to the Centre for International Security and Cooperation. In 2019, the separatists had attacked the Pearl Continental Hotel, which is located barely a kilometer away from the port.

The Baloch separatists have been demanding that the Pakistani government should stop exploiting the natural resources of Balochistan and provide an equal allocation of jobs to Punjabis and Balochi natives. 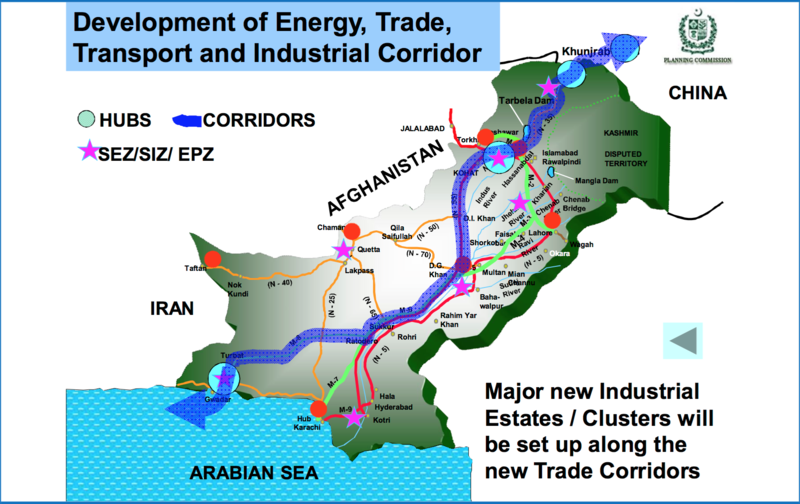 Francesca Marino writes in her book Balochistan: Bruised, Battered and Bloodied: “In order to build highways and the port’s infrastructure, land has been expropriated without the rightful owners receiving a penny of compensation”.

“Furthermore, the promised jobs have, in Balochistan’s case, gone to workers ‘imported’ from other provinces of Pakistan instead of to the local people. In the province alone, 15,000 soldiers have been deployed to ‘protect’ the Chinese workers and the investment,” she has written.

Marino highlights that the CPEC is not or not only an economic project but a military project too. The Chinese infrastructure development is resulting in authoritarianism, human rights violations, disregard for environmental issues in the region.

Soon after the news of fencing, the Pakistan Democratic Movement, a coalition of 11 opposition parties, demanding the suspension of the fencing work said it will restrict trade and the free movement of people in Gwadar.

Last week, opposition senator Mir Kabir Mohammad Shahi has alleged that the federal and provincial governments are hatching a conspiracy to “separate Gwadar from Balochistan” by fencing the port town in the name of the Gwadar Safe City project.

“A fence is being erected around Gwadar in the name of the Safe City project through which the city will be divided into two parts. Those people who regularly go inside the city will be given a card without which no one could enter the city,” The Dawn quoted him as saying.

In the absence of a permanent arrangement of water supply, the people of Gwadar, are compelled to purchase water. He alleged that CPEC existed due to Gwadar but its development has been completely ignored.

The lawyers in the southwestern province are also up in arms against the decision as they are set to challenge the fencing decision in the Balochistan High Court. The Bar Association would be holding province-wide strikes as well.

Meanwhile, Balochistan chief minister Jam Kamal has denied these allegations and said the steps are being taken in some areas of Gwadar to provide extra security, and the entire port city is open except these areas, and there is no problem for anybody.

Experts believe that in the absence of law and order in Pakistan, China has pushed the government to take immediate measures to resolve the security concerns as they run out of patience.

Malik Siraj Akbar, a South Asia analyst based in Washington told Nikkei Asia that the possibility of a division of the province into coastal and interior areas can’t be ruled out, with the coastal areas falling under the direct administrative control of the federal government.

Previous article
‘Country Of Spies’: Why China Runs The Risk Of Being Called The Hub Of Espionage After ‘Data Leak’?
Next article
US Army’s Predator Drones “Gray Eagle” Set To Prey On Russia & China With Next-Generation Upgrades