How many Chinese PLA soldiers were killed on June 15 in the gruesome Galwan Valley clash in eastern Ladakh still remains a mystery, however, PLA has unofficially confirmed the number of casualties on its side during the military-level talks at Moldo, News18 quoted top government sources.

The report says this is the first time that China has come out with casualty figure of its troops which they confirmed was five. Earlier, there were widespread reports that a PLA Chinese commanding officer (CO) was also killed in deadly clash after Indian CO of 16 Bihar regiment was killed.

A top government source in South Block told CNN-News18 aware of the talks said the actual Chinese toll would be much higher. “When the Chinese say five, multiply it by three,” claimed the source. 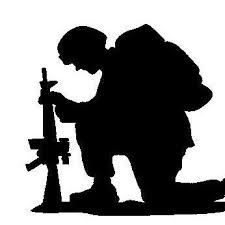 There have been various reports in the Indian media speculating between 30 to 45 casualties on the Chinese sides but Beijing has never confirmed the reports. Later, China broke its silence and called all such Indian reports as “fake news”.

Chinese Foreign Ministry spokesman Zhao Lijian, who had repeatedly dodged questions on the casualties suffered by Chinese PLA eventually reacted to the comments of former army chief Gen (retd.) VK Singh who said that if India lost 20 soldiers, more than double the number were killed on the Chinese side.

Asked for his reaction, Zhao had stated – China and India are in dialogue and talks with each other to resolve this issue through diplomatic and military channels. “As for what you saw in the media, for example, some people alleged that casualties on the Chinese amounted to 40. I can tell you for sure this is fake news,” he said, without giving any further details.