With a rapid increase in the development of military technology, experts have raised the possibility of such technology fallen into the hands of terrorists. Several countries have now successfully developed UAVs (Unmanned Aerial Vehicles) for military purposes but there is a likelihood of these technologies falling in the hands’ extremist groups.

Experts talking to the EurAsian Times, who did not wish to be named, said that these (Chinese) drones and UAV’ could pose a big security risk to countries like India and Israel who have been on the radar of terrorists. The next terror strike could be a drone hitting a building just like 9/11 attacks in the US, so security agencies would have to be alert and man the space very well.

India can fight a conventional war, have best of fighter jets, radars and other munitions deployed against a visible threat, but for an unconventional war that too by drones and UAV’, India needs to be extremely well prepared.

“Although the proliferation of advanced weapons is normally a cause for concern regarding escalation, modern cruise missiles and UAVs may today serve as weapons that smaller states can use to deter aggression from larger states,” states the paper from the Institute of Strategic Studies, naming China as one of the main causes of concern.

China is one of the biggest manufacturer and exporters of UAVs. People’s Liberation Army (PLA) widely used UAV, the GJ-2 strike model is an 11-metre long MALE with a payload of 480kg. It can carry up to 12 missiles or bombs, has a top speed of 380km/h, a cruising speed of 200km/h and a service ceiling of 9,000 metres.

It is unclear how many of these models the PLA possesses but it recently sold 48 of them to Pakistan under the export brand name, Wing Loong II. There are reports that PLA has deployed another drone CH-4 which underwent tests in the Tibetan plateau region in 2018, and the BZK-005C – specifically modified for use at high altitudes.

Even though there are international agreements such as the Missile Technology Control Regime (MTCR) is aimed at restricting the development of ballistic missiles in the region. However, the paper stated that many developing countries which aren’t signatories to the treaty could work together to develop these capabilities. 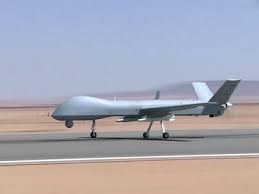 “These countries are not capable of developing a missile defence system. So to keep some sort of strategic deterrence or as anti-access/area-denial tools, they tend to develop some asymmetric attack weapons with a lower technological threshold, such as cruise missiles or drones, or even cooperate in such efforts,” said Zhao Tong, a fellow at the Carnegie-Tsinghua Centre for Global Policy.

Another loophole in the MTCR treaty is that it restricts the members by limiting international cruise missile sales to weapons with a range of 300km (186 miles) or less and a payload of under 500kg (1,100lb) but does not stop countries developing their own weapons with a greater capacity.

According to Liu Zhen, a China military and diplomacy reporter, Japan, South Korea and Taiwan have developed missiles exceeding such limits.

Several nations including India, Indonesia, Malaysia, Thailand and Cambodia have started developing UAVs for their military purposes. “Drones can easily access places that are inaccessible for humans, and monitor important sites that are too hard to patrol,” said Zhou Chenming, a military analyst.

“For example, drones will be so convenient and cheap when South China Sea claimants want to check out remote reefs and waters compared to warships and planes,” he added.

With a huge military budget, China managed to deploy hypersonic missile, DF-17 missile. Russia has also developed similar technology. “The Americans are now making massive efforts to catch up on hypersonic missiles, so how long China can keep this edge is unknown.

But compared with other countries in Asia-Pacific, it shouldn’t be difficult to keep its lead among its neighbours for quite a long time,” Zhao said. However, he added that the proliferation of such technology could create further tensions in the region.

Previous articleIndian Army Must Be Ready To Fight Chinese Troops, Freezing Temperatures To Keep LAC Safe During Winters
Next articleChina Trying To Convert Taiwan Into Next Hong Kong – Taiwan FM