Even though China might be the first one to recover from the ongoing pandemic, but COVID-19 has drowned many economies, got businesses bust and hampered some of the most ambitious and well-financed projects including the Chinese-funded Belt and Road Initiative (BRI).

Started in 2013, the Belt and Road (previously known as the One Belt One Road or New Silk Route) has never faced such setbacks as it has in 2020, especially with its flagship project of China-Pakistan Economic Corridor (CPEC).

According to reports, Andrew Small of the German Marshall Fund has been questioning the credibility of the CPEC. 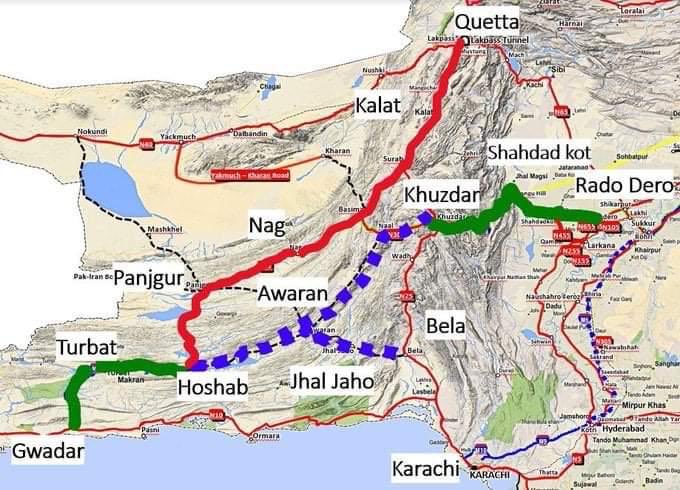 “Even before the pandemic, CPEC had stalled. Not only the figures commonly cited for the total package of projects under this framework since its launch in 2015- which runs as high as $62 billion – no longer accurate, investments of that magnitude are not under consideration either,” he says. He further quotes a Chinese official claiming the project has resized from “rocks to peanuts”.

The BRI’s credibility has always been in question, whose ambitions are deemed to be “too generous to be true”. Beijing has also been accused of neocolonialism and debt-trapping smaller countries for long term profits under the cover of this project.

In a detailed report by Manoj Kewalramani and Agastya Bhatia in Takshashila institution states that China has, in response to the pandemic and global geopolitics, begun to “readjust its priorities on the BRI, reports Times of India.

However, the debt-trapping scenario might just not apply in the case of Pakistan. “The two sides have so far been cautious on debt-financing than has been seen elsewhere on the BRI,” Andrew Small said.

We – @gmfus and @GeorgetownLaw – have a new report out today on CPEC and the BRI. A few summary points from it in this thread, along with some of the photos for anyone who just wants to look at them instead… https://t.co/wbplwcJYGk 1/17

The pandemic has indeed been a setback for the Chinese. Most of the workforce and labour had to bear the brunt of lockdowns imposed around the world, hampering the construction activities. It is also said that CPEC stalled after the election of PTI government led by PM Imran Khan in Islamabad.