Why China’s Investment In Picturesque Gwadar City In Balochistan Has Turned Into An Eyesore For Locals?

A Chinese-funded fencing project in the picturesque Gwadar port city in Pakistan’s Balochistan province has robbed the area of its natural beauty, residents allege. They also complain that they are being cut off from their own town.

As reported by The EurAsian Times earlier, the Gwadar Fencing Project kicked off last year under the supervision of the country’s army and provincial authorities. There are fence posts surrounding the deep seaport, built and operated by China.

The fencing project will change the dynamics of Gwadar, according to Naseer Khan Kashani, chairman of the Gwadar Port Authority.

While the China-funded New Gwadar International Airport and 80 newly-built housing units are not covered, according to the residents, the fencing will force locals to relocate from the strategically important city.

There will be two entry points to the fenced part with residents requiring a pass to enter or exit the protected area. As many as 500 high-definition cameras will be installed for surveillance in the region. 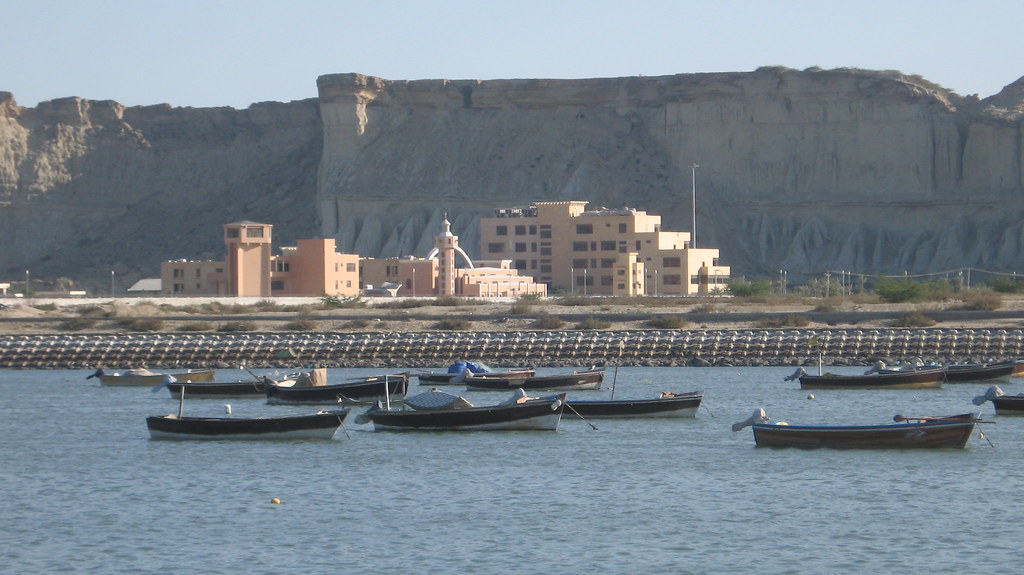 However, the idea of fencing a region, which is known for its beautiful beaches and picturesque locations, has left the residents fuming.

People feel frustrated and miserable as they are forced to pass through security checkpoints and live under constant surveillance. Dr. Abdul Aziz Baloch, a member of the Balochistan National Party, told BBC, “Sold the house or sold it by building it, but this is not development. The things you see (the project) are superficial, they have nothing to do with economic growth.

According to Baloch, people used to move freely before the checkpoints were put up five-six years ago.

Now, security has been beefed up across the city. He fears that there could be an electric fence soon, which could endanger the lives of people living in the vicinity.

A petition has reportedly been filed in the Balochistan High Court, alleging that the decision to erect a fence in Gwadar violated the basic human rights of the residents.

Another resident says that residents are stopped at security checkpoint every time they move out; they have to show ID cards. Then, there are separate checkpoints maintained by the Pakistan Army.

“Be it the beach or the Royal Bazaar, people used to roam freely here, but now everything is changing,” she said.

No matter one is on routine work or emergency, security checks are mandatory for all, she says. Some residents claim the security in the town is heavier than what is normally seen in an Army cantonment area.

The fencing project has been a major problem for the villagers as well, who feel that they are being cut off from the rest of the city.

Earlier, the Pakistan Democratic Movement, a coalition of 11 opposition parties, had demanded the suspension of the fencing work saying that it will restrict trade and the free movement of people in Gwadar.

Previous article
Pakistan’s JF-17 Fighter Jet An ‘Absolute Failure’; Could Opt For J-10s Instead- Greek Media
Next article
With Rafales, F-15EX & SU-30 Jets, This Asian Country Could Be A Replica Of The Indian Air Force