US-China Tensions: US Hostilities Towards China Has Finally Forced Beijing To Take Retaliatory Action Against Washington

China announced to close the US Consulate General in Chengdu as a retaliatory move against the US demanding the closure of China’s Consulate General in Houston. With this move, ties between the US and China, which are already at the lowest point, will spiral down further.

China Orders The US To Shut Its Consulate In Chengdu

Chinese state-run media – the Global Times justifies the Chengdu move and writes – No one in China wants to see a decline in China-US ties, but the latest reciprocal actions taken by Beijing explains that we won’t indulge in the US provocations.

It’s unfortunate China and the US had to close consulate in Chengdu and Houston. However, Chinese people will unquestionably back the country’s determination to retaliate. It has been the US that seriously aggravated the matters.. China’s retaliation is in line with global norms.

A few years back, neither Chinese nor the US people could imagine what has happened today between China and the US. Painful interactions are transpiring and no doubt it is the US that has led the situation to this unfortunate trajectory.

Some two years ago, the US conspicuously launched a trade war against China. It’s clear to the whole world that a certain political force in the US wants to undermine decades-long benign China-US ties, pushing the two countries to decouple and into a new cold war. 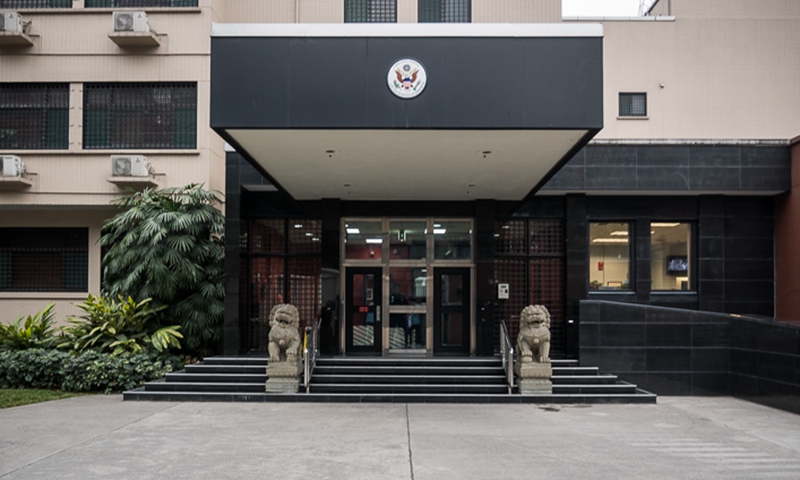 The US consulate in Chengdu

The Trump administration is demolishing the construction of China-US ties almost with a bulldozer. They have politicized China-US trade and politicized people-to-people exchanges including educational cooperation.

Numerous Chinese students in the US were suspected to be “Chinese spies,” while some Chinese scholars have been persecuted in the US. Several Chinese media outlets including the Global Times were designated by the US as “foreign missions.” From diplomats to journalists and students, the Chinese people are facing a completely different environment in the US. Now the US has decided to take action against the Chinese consulate in Houston.

China has been the passive side who responds to actions made by the US which deteriorate bilateral relations. The trade war was started by the US and China was forced to respond. China was also forced to hit back as the US imposed sanctions on Chinese organizations and individuals. We can almost say that US’ federal agencies are competing to create trouble for China and sabotage bilateral ties. The US’ China policy as a whole has been poisoned.

Chinese society, until today, hasn’t given up its efforts to prevent China-US relations from free falling. No senior Chinese officials have completely denied the US politically or hyped up an “anti-US” sentiment among the general public. In other words, there are no Chinese officials that are anti-US figures, unlike Pompeo who is openly anti-China. When criticizing the US, Chinese officials focus on specific issues based on facts when the two countries run into conflicts. The majority of Chinese society is against engaging in a new cold war with the US. The consciousness of opening-up is deeply rooted in China.

The US is constantly escalating anti-China moves and is forcing China to hit back. The Chinese side is facing a dilemma: It would appear weak if it doesn’t fight back, which will lead to a series of consequences, seriously hurting China’s long-term national interests. However, after reciprocal measures are taken to fight back, China and the US are pushed further away; decoupling is accelerating and strategic risk is rising in Asia Pacific region.

But many times, the US side has forced China to take only one choice; that is, it must take reciprocal measures. For example, this time, China must close one US consulate in China. It takes this step to safeguard China’s national interests and maintain rules-based decisions for the entire humanity.

Washington thinks it has the strongest will, but it’s a huge misperception. It first closed China’s consulate in the US, but China is more resolute to retaliate by closing the US consulates in China. The former is a provocation, whereas the latter is the defence of the country’s own rights.

The US must abandon the illusion that it can force China to yield. China is forced to take countermeasures and is indeed the most resilient. Whether the US’ provocation is a show made for the election makes no difference to China. China’s attitude is simple. We will hit back after any malicious provocations.

Previous articleChina Orders The US To Shut Its Consulate In Chengdu
Next articleIndia-China Trade: India Again Punches China Where It Hurts The Most